Should I Be Discombobulated?

If I were Mary Beard I’m sure I could tell you about my particular current predicament with grace and self-deprecating humour. As it is my reaction is a severe case of impostor syndrome when perhaps I should be swanning around with delight. But yet to talk about such delight makes me feel in danger of exhibiting unsuitable over-confidence verging on arrogance. Perhaps this is even a case of a #humblebrag. What’s prompted all these inner devils to get loose again? Well, this picture might give a clue. 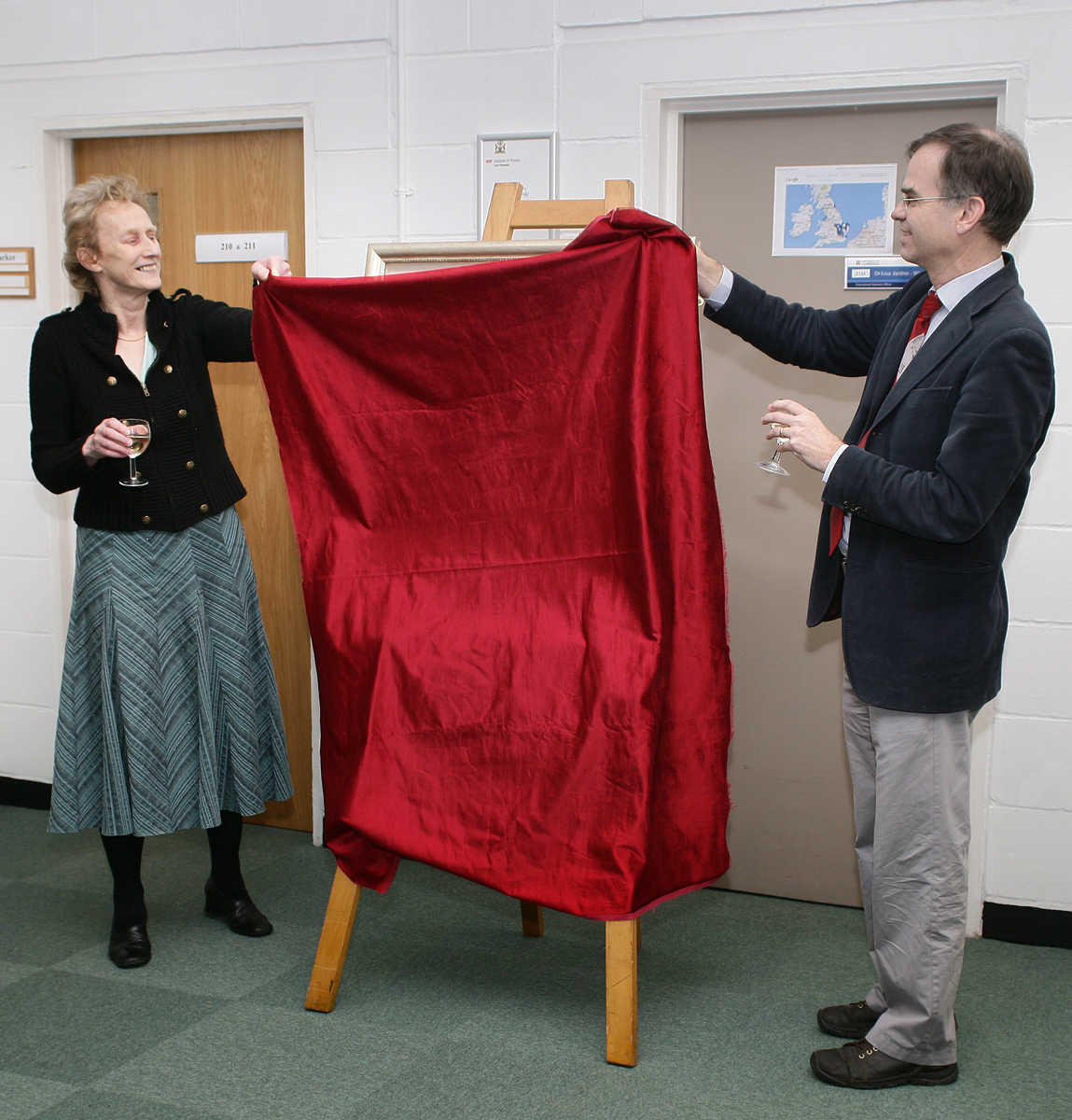 The moment of unveiling, with my Head of Department Andy Parker.

If my seven-year old self could have imagined where I would be 50+ years later, I don’t think I’d have considered the possibility I would be standing, glass of champagne in hand, next to a portrait of myself. The picture (and for copyright reasons I’m not sure I can show you the finished work of art, a delightful picture by Tess Barnes, but her website shows her characteristic style) has now been hung on the stairs outside the lecture theatre adjacent to two of the Cavendish Professors (i.e the senior professor of the day) from my lifetime of research: Sir Sam Edwards, my mentor and supporter (as exemplified by the sort of actions covered in my immediately preceding post) and his predecessor Sir Brian Pippard. I am deeply humbled to find myself in such august company, just across from Lord Rayleigh, he of ‘why the sky is blue’ fame an earlier Cavendish Professor and Nobel Prize winner. But, it is discombobulating to say the least, embarrassing and pleasing in roughly equal measure. As I walk past the portrait daily in the years ahead, which emotion will dominate on any given day will probably depend on my mood.

Tess has been painting a series of portraits of female scientists for the past several years, with an eye to an exhibition to show the world that women and science mix, mix well and that we are interesting people whose characters shine through her artwork. The exhibition is intended to showcase equal numbers of male and female scientists, a powerful group of pictures when they go on tour, I hope inspiring another generation to think about what a scientist ‘looks like’ and whether therefore it looks like them. (Clue: it is unlikely to involve sticking up hair, test-tubes or a white lab coat.) Making sure that everyone can relate to these images of scientists is clearly close to her heart, although I fear the exhibition may be homogeneously white-skinned, a challenge to be resolved another day (I may be wrong on that count, as I only know the names of a section of her clientele.).

Related to this issue is a recent report that discusses how young girls think of themselves in the context of science. For many there may be a conflict between their self-identity and their perceptions of scientists. In this arena, two specific recommendations are of relevance:

Should be simple then?

To return to my own portrait. Hanging, as it now does, in a prominent position straight outside the department’s main lecture theatre, there is no doubt it will be seen by all our female students in their third and fourth years (for reasons associated with the geography of the city and teaching of the Natural Sciences Tripos, first and second years have their lectures in other departments). There are few portraits around, though lots of photographs, and there is no doubt it will be very conspicuous (pause for another bout of self-pinching and panic). At this point I have to think to myself ‘isn’t it wonderful that these young women will have a role model who isn’t an old man, merely an old woman.’ Hmmm, doesn’t yet feel a very comfortable thought.

I am writing this post within the hallowed walls of the Royal Society which still has not refreshed its portraiture to reduce the overwhelming preponderance of men by even just a little, nor yet put into store pictures of lesser-known gentlemen with pith helmets – I believe literally although I’m no expert in this type of headwear – or bewigged (albeit not simultaneously). This refresh is on the cards and I for one sincerely look forward to a more welcoming bunch of individuals decorating the walls. The Cavendish, on the other hand, is well-served with photographs of individuals but has only a very limited number of paintings. The photographs are an amazing record of students past and present. And women are represented if you look hard, with splendid hats in the earliest days as seen below (1904 batch). The women are named but their history is not necessarily recorded: I have to assume they weren’t simply clerical assistants. As far as I know, the first woman to receive a PhD from the Department was Katherine Blodgett in 1926. 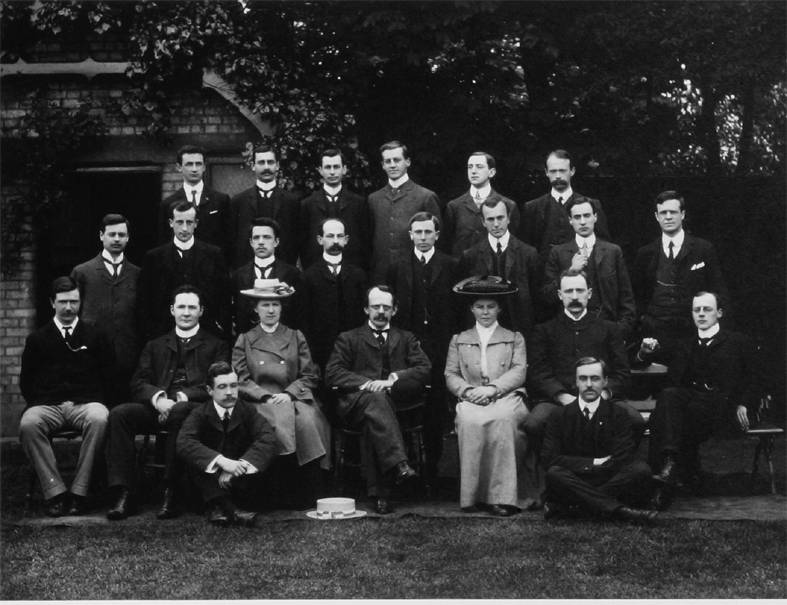 The one thing I regret about my portrait is that I have been painted holding a red felt tip pen, beloved by me for marking up student’s work (see my thoughts here). Unfortunately, if you don’t look too closely I could be thought to be holding a tube of lipstick, possibly not giving off the message I feel appropriate for who I am. I don’t suppose I have used such a thing since I was a teenager to the extent that I’m not even sure that lipstick is correctly described as coming in tubes. No matter. I assure you it is a pen, but you’ll have to wait for the exhibition itself (or a visit to the department) to check.

7 Responses to Should I Be Discombobulated?