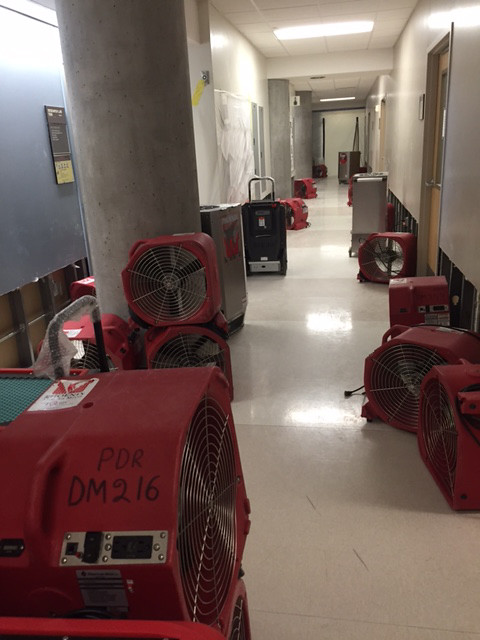 The hallway in front of my lab space filled with fans for drying the moisture.

Things have been a little hectic around here recently. And to make things even more challenging, there was a fire on the floor above me last weekend. The good news is that no one was hurt, and the fire was put out by the automatic sprinkler system fairly quickly. The bad news is that it took a long time to get the water system turned off AFTER the fire was put out. It turns out that there is tremendous property damage caused by the water–damage that will take (probably) months to mitigate.

The fire was apparently caused by a piece of equipment that did not shut off, overheated and led to the fire. It was on the 8th floor of an 8-story research building. 43 laboratories appear to have been damaged by the water– relatively little equipment, but walls and ceilings and cabinets and footboards. 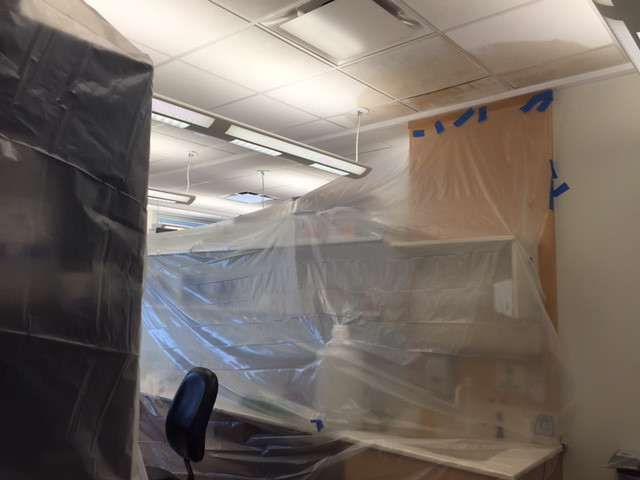 Water damage seen on the ceiling and the need to protect the benches and equipment for mitigation.

My mind, which is inevitably thinking about science–even in the wake of this mini-tragedy for our excellent research building–found an interesting analogy to human disease. In many diseases there is often a situation where the inherent damage due to the disease is dwarfed by the tremendous damage caused by the body’s response to the disease; if you will, the attempt to overcome the disease. A classic example is the process of chronic inflammation; studies in recent years have shown the terrible detrimental effects of chronic (as opposed to acute, temporary) inflammation, often result from the attempt to combat a disease. The initiator could be cancer, infections, etc., but the overwhelming response and damage done by a powerful inflammatory response that is meant to fight the disease is often worse than the disease itself. Just as the water-sprinkler system was designed to combat the fire, and ended up causing far more damage than the fire did. We need to train our immune systems (and sprinkler systems) to respond with appropriate (rather than overwhelming) force. 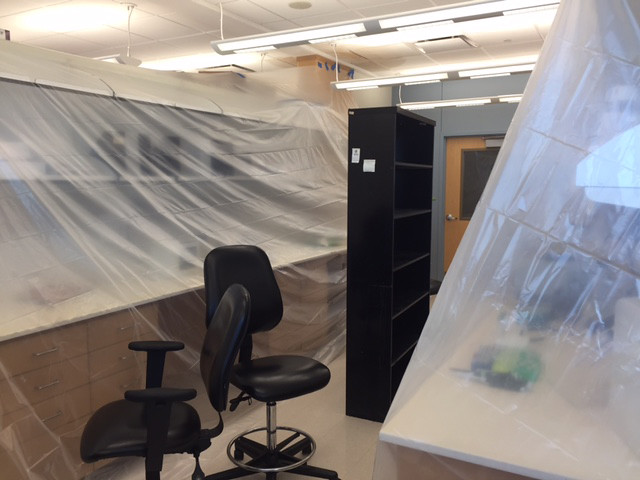 Damage in the lab. 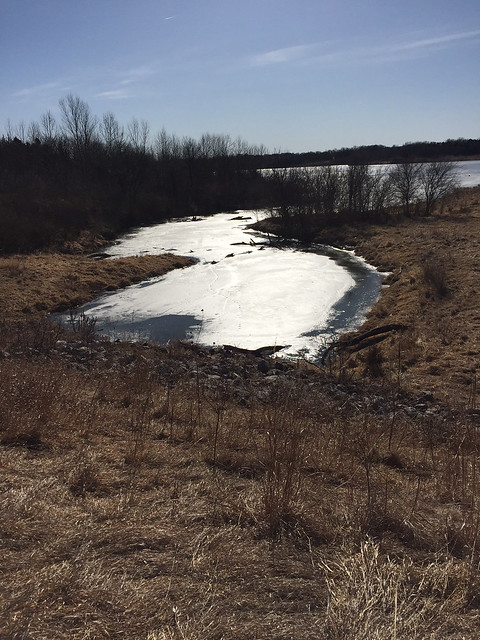 I am a Professor of Biochemistry and Molecular Biology at the University of Nebraska Medical Center in Omaha, Nebraska where I mentor a group of about 10 students, postdoctoral fellows and researchers working on endocytic protein trafficking. My first lablit novel, "Matter Over Mind," is about a biomedical researcher seeking tenure and struggling to overcome the consequences of growing up with a parent suffering from bipolar disorder. Lablit novel #2, "Welcome Home, Sir," published by Anaphora Literary Press, deals with a hypochondriac principal investigator whose service in the army and post-traumatic stress disorder actually prepare him well for academic, but not personal success. Novel #3, "A Degree of Betrayal," is an academic murder mystery that is now in press! All views expressed are my own, of course--after all, I hate advertising. http://www.stevecaplan.net
View all posts by Steve Caplan →
This entry was posted in research, science and tagged equipment, fire, lab, labs, omaha, research, science, sprinkler, water damage. Bookmark the permalink.

One Response to Fire and ice (water) — parallels to inflammation