In the shadow of the great narcissist

Having written my last post titled “Preliminary lessons from a global pandemic” on March 8, before my self-imposed sequestration at home for the past 6 weeks, I find it too depressing to write a sequel on additional lessons. Much has been said about the complete failure of leadership in the US, and unfortunately, most of it is true. In fact, it’s often far worse than one could sensibly imagine, making the US one of the most pitiful countries according to Irish journalist Fintan O’Toole.  No country has been spared this suffering, the loss of lives and the the illness, but one might have expected that a purportedly first-world country with resources, leading scientists in many fields, and lots of time to prepare, might have done more. But then, most countries are not led by the great narcissist…

Instead of lamenting over the situation here, which I do all too frequently, perhaps I will explain how one active research scientist (me) has been trying to stay focused throughout this pandemic. And I should mention that I have another two weeks at home (at least) ahead of me.

Speaking with many colleagues, I know there is a wide variation in how researchers feel about their productivity and this once-in-a-lifetime (hopefully) pandemic stuck at home. It’s also very different if one is a student or postdoc, as opposed to someone like me, a principal investigator, who seldom (never?) carries out any actual lab work anymore, and is rooted to a computer terminal in any case.

First, I went home about 6 weeks ago in a rather unique sweet & sour situation; on the one hand, a terrible pandemic striking and sadness all around. On the other hand, I had just received unofficial notification of the funding by NIH of a new grant, one that takes me out of my natural realm of endocytic trafficking to study centrosomes and cilia. This has been a long process. I began working on cilia 6-7 years ago, on and off, and published a collaborative paper. About 5 years ago I began a collaboration with a colleague at another institute to study centrosomes, and we also published a paper. At some point, about 3 years ago, I realized that I had enough interest and data and ideas to start putting together a proposal for the National Institutes of Health. And now, a couple more papers later, 4 arduous grant submissions later, and finally, a funded grant for the next 4 years on this project (to complement our ongoing endocytic research). So the happiness and relief at having this grant funded helped buoy my spirits in these tough times.

However, from a purely personal standpoint, the self-imposed isolation has not really been a hardship to me. Unlike those in New York City in small apartments, or people in Milan or Madrid, Omaha is a very widely-spread city with a modest population of under 1 million. I live in a comfortable house on a little lake with a walking path, have a treadmill on the lower level facing the lake, and a covered deck for breakfast lunch and dinner outside facing the lake (on nice enough days). My wife is a research scientist who works with me, so we have a lot to talk about scientifically (if not personally!). We have groceries delivered and except for going out every day for walks with the dog, little direct contact with the outside world. An introvert’s dream… 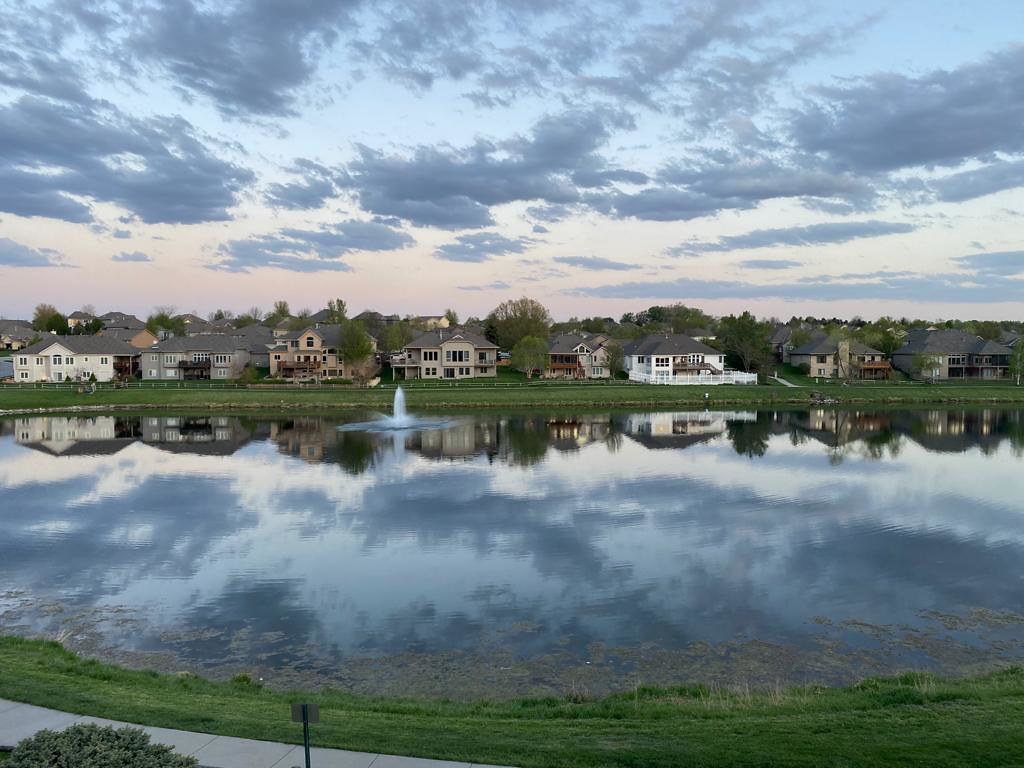 Each morning I would wake up, have coffee and breakfast, do some weight training and stretching, spend an hour on the treadmill, either answering emails or watching films on my laptop, shower, have a cup of tea and a snack and settle down to work. Work consisted of a lot of administrative issues to deal with, many papers to review for several journals (how people are able to submit these days is a mystery to me! Good for them!), reading, strategizing over research plans for each of the students and postdocs, and attending various meeting by zoom. After lunch, usually at 2 pm, my wife and I would meet our lab people (usually 1/day) for 60-90 minutes for updates, plans, strategizing, practice talks etc. We’d have a lab video meeting once a week where someone would present, and a journal club once a week with someone (including me!) presenting a paper in our field.

Most of all, I have had time–for the first time in a long time–to really read the literature in and out of my field (with no guilt because I am avoiding some other obligation). In addition, I finally have had an opportunity to browse websites from scientific and biotech companies so I could see what new tools are available and that are worthy of incorporation into our research. My wife has even spent time figuring out which companies charge the least for shipping, and removed orders from those that charge too much. We have had companies begin the generation of new antibodies, ordered clones of cDNAs, designed our own siRNAs from a different (and less expensive) company, designed our own DNA insets to be synthesized and so on. When we eventually get back to doing experiments, hopefully we will be well positioned to make advances in multiple areas.

I know my experience at home has not been typical, and from the perspective of the lab we need to generate data before we can do much more strategizing and planning, but if one ignores–or rather sets aside–the misery evident in every newscast, and the disgust in watching those who would sacrifice our elders and less healthy members of the population so they can shop or dine or attend sports games–if one is able to set that aside, then so far I can’t complain too much about the past 6 weeks. I have, however, learned an important lesson: when happier and safer times come, I will not be shy in staying home more often so that I can really get things done.

I am a Professor of Biochemistry and Molecular Biology at the University of Nebraska Medical Center in Omaha, Nebraska where I mentor a group of about 10 students, postdoctoral fellows and researchers working on endocytic protein trafficking. My first lablit novel, "Matter Over Mind," is about a biomedical researcher seeking tenure and struggling to overcome the consequences of growing up with a parent suffering from bipolar disorder. Lablit novel #2, "Welcome Home, Sir," published by Anaphora Literary Press, deals with a hypochondriac principal investigator whose service in the army and post-traumatic stress disorder actually prepare him well for academic, but not personal success. Novel #3, "A Degree of Betrayal," is an academic murder mystery that is now in press! All views expressed are my own, of course--after all, I hate advertising. http://www.stevecaplan.net
View all posts by Steve Caplan →
This entry was posted in research, science and tagged Coronavirus, home, isolation, narcissist, recluse, research, science, seclusion, US. Bookmark the permalink.