I am sooooo hungover.

It was a party of such awesomeness that we didn’t get home until 3, then crashed out on the sofa before waking up and going to bed at 6. I really am too old for such behaviour.

These photos are from my phone because I completely forgot to take my camera.

The venue was classy 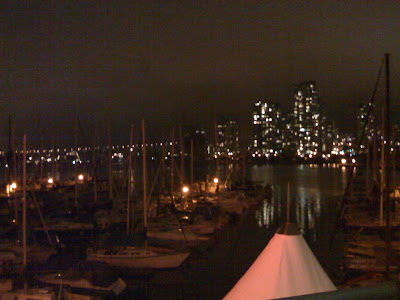 Boats, bridges and buildings seen from the deck

There was THE MOST AWESOME BAR FEATURE EVER 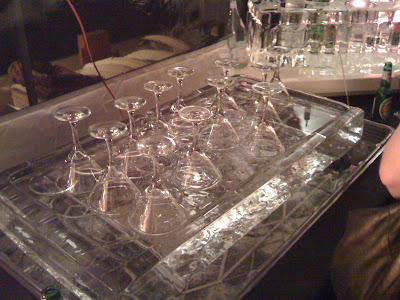 Glasses cooling on a big block of ice 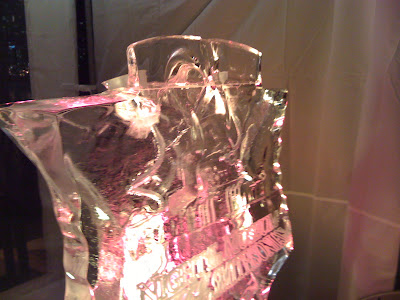 Night at the Museum ice sculpture. Note funnels at top 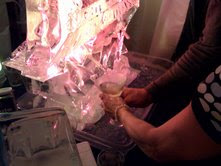 Mr E Man being shown how to collect his drink by a very nice, very drunk lady whose stiletto heels kept slipping into the gaps between the planks on the deck. Talking to her was very distracting. 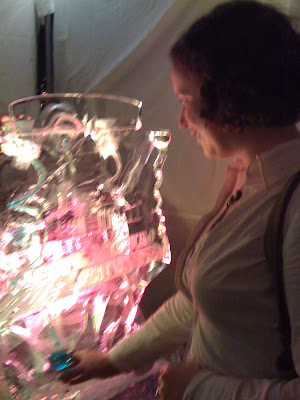 My blue drink spiralling through the ice. Mmmmmm, frosty. And, blue. 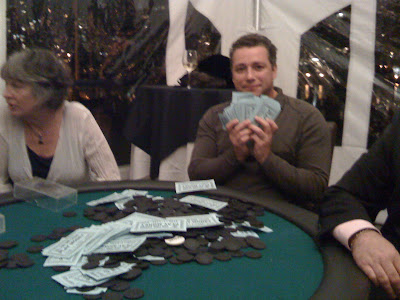 and, as previously mentioned, an open bar 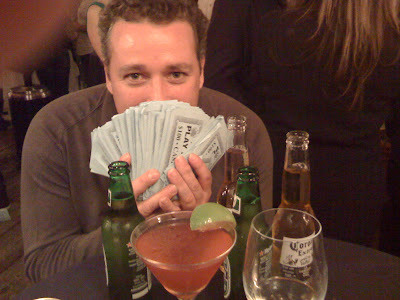 This is what we got as our last order when they called time at the bar. (We gave away the Coronas to someone who’d missed the call). EcoGeoFemme recently queried the existence of a TUD (totally unnecessary drink). The crantini was a TUD.

No movie star sightings, although I did play poker with Ricky Gervais’ stand in. And I chatted to the visual effects coordinator, a lovely woman who is only 25. Oh, and I met an awesome female trainee pilot from Mexico City.

When I switched my phone on this morning, there was a very, very dodgy website showing as the last site accessed on the browser. I was most confused, until Mr E Man reminded me what happened at the end of the party. We slotted ourselves into an ongoing conversation, in which someone was deriding his friend for buying a Blackberry and saying that it took way too long to download porn. I pulled out my iPhone, and the Blackberry owner and I had a race to see who could find something that I will just call a very specialised niche in the pornography market the fastest.

"one of the sillier science bloggers [...] I thought I should give a warning to the more staid members of the community." - Bob O'Hara, December 2010
View all posts by Cath@VWXYNot? →
This entry was posted in drunkenness, food glorious food, music, photos, silliness, technology, Vancouver. Bookmark the permalink.