So, yeah, I’m feeling pretty pleased with myself. Neither cheque is very large, but it’s a great start, and means I get to write off all kinds of interesting things on my next tax return. And becoming Canadian is very important to me, so that’s hugely exciting, not to mention a massive relief!

So, seeing as it’s the weekend, let’s have some fun!

We can haz captions? 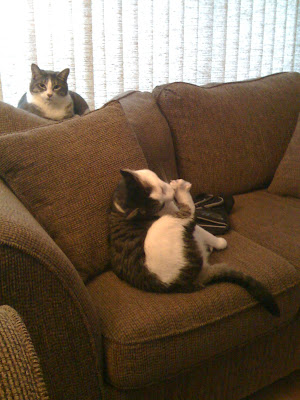 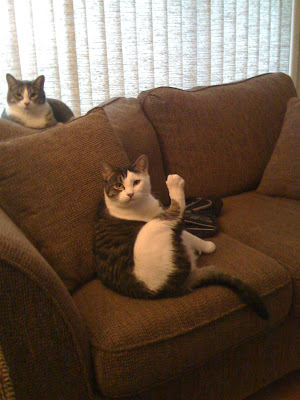 —————————
*well, dual British-Canadian citizen. Just like Mr E Man! I wouldn’t have applied for Canadian citizenship if I’d had to give up my British.

"one of the sillier science bloggers [...] I thought I should give a warning to the more staid members of the community." - Bob O'Hara, December 2010
View all posts by Cath@VWXYNot? →
This entry was posted in Canada, career, freelancing, furry friends, personal, photos. Bookmark the permalink.