And so, that is that. The Toronto 2015 Pan Am and Parapan Am Games are finished, and I’ve retired my photo credentials and numbered vest. With as little regret as possible I’ve given back the very nice equipment I borrowed from Nikon Photo Services, and I’m left with an enormous pile of photographs to sort through. Which isn’t really a bad problem to have. 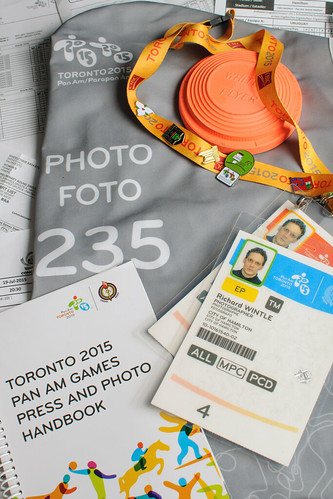 There’s plenty more to write: about my credential courtesy of the City of Hamilton (host city for Pan Am soccer); some of the amazing athletes I had the privilege of watching; the always good-natured and highly effective corps of volunteers and security; the wonderful venue photo managers and their assistants; the good-humoured police and EMS officers at each site; and of course the three friends I had the pleasure of shooting the soccer with. And all of the other events I made my way to in between.

In the meantime, though, I’ll start with the easy stuff: a lazy-blogger’s list of Things From The Games. 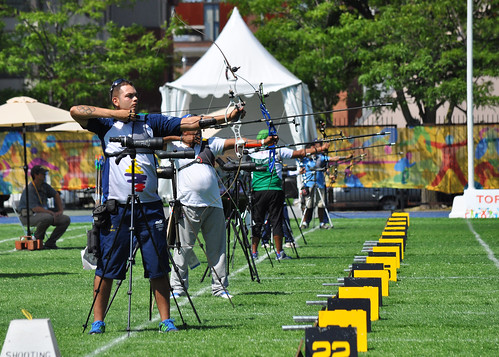 The soccer field, from on high. 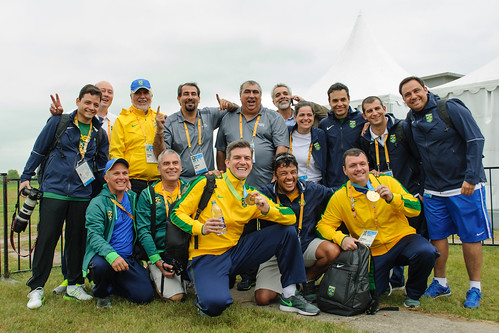 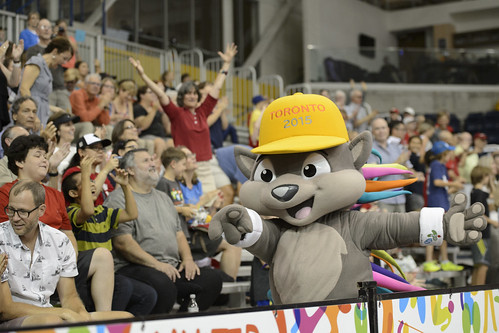 Pachi, in the flesh (more or less).

Two credentials: one for Pan Am, one for Parapan Am. They are different colours.

Dozens of free granola bars consumed, and an unknown number of bottles of water and cups of coffee.

I am Canadian by heritage, and a molecular biologist and human geneticist by training. My day job is Assistant Director of a large genome centre, where I do various things along the lines of "keeping the wheels on". In my spare time, I tend to run around with a camera, often chasing race cars, abandoned barns, and sundry wildlife.
View all posts by Richard Wintle →
This entry was posted in Hobbies, Photography and tagged Pan Am, Parapan Am, Photography, TO2015. Bookmark the permalink.