Higher Education Through the Looking Glass

I feel as if the Higher Education sector has somehow stepped through Alice’s mirror. Everything is topsy-turvy and has been for some time.  It is hard to know where the next attack will come from. Labour peer Lord Adonis started the university football, with accusations about Vice Chancellors’ high pay and a suggestion that academics didn’t work over the summer (I have already attempted to debunk that latter myth). But more recently everyone seems to want to attack the sector, and particularly Oxbridge, in ways that are not always evidence-based, to put it charitably, with attacks coming from left and right.

David Lammy attacks us for not admitting enough black students. As I argued when he made the same criticism seven years ago, the very means by which he seeks to attack us is only going to act as a further deterrent, overwhelming all the hard work every single Oxbridge College will be putting into its outreach work in schools by giving the message that any BAME candidate who does apply won’t fit in, so why should they apply? My point of view was reinforced by Oxford’s African and Caribbean Society this week in the Telegraph.  WonkHE’s very own analysis shows that the (publically available, no FoI required) statistics do not bear out the claim of bias against such applicants, and demonstrates many universities do proportionately worse .

To make matters even more unpleasant this week in Cambridge, CUSU’s Woman’s Officer  Lola Olufemi became the target of vicious trolling after the Telegraph (again) spun her actions totally inaccurately as ‘forcing a climbdown’ of the dons after her involvement with a letter, signed by many, requesting the English Faculty’s curriculum was broadened to include more non-white authors. The misogynoir abuse she suffered – as a very visible black woman in Cambridge – is hardly likely to help Lammy’s ‘cause’ either, although I didn’t see him speaking out about it. It would have been appropriate. Plenty of people did, including Cambridge’s new Vice Chancellor. The Telegraph published a rather small apology, having run the original story splashed across its front page. 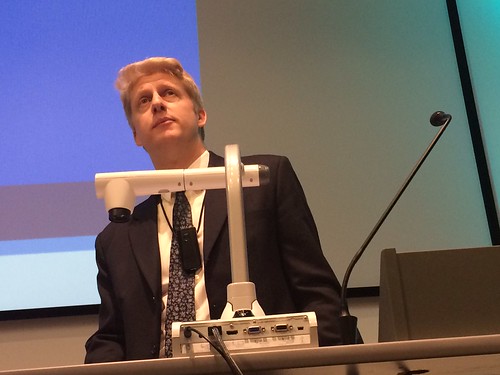 Jo Johnson, meanwhile, is saying that universities have to do more about free speech and will be asking the new Office for Students (OfS) to ensure this happens. As the Government website says

‘the Universities Minister has asked the OfS to focus on ensuring institutions recognise the importance of freedom of speech and the role it plays in ensuring open debate.’

But his Conservative whip colleague seems intent on making this harder, by writing to all Vice Chancellors asking them to tell him who is lecturing about Brexit and with what syllabus. Leaving aside the amusing spoof syllabi that floated around the internet by means of reply, Jo Johnson himself indicated that Chris Heaton-Harris’s letter ‘should probably not have been sent’. Quite. But on the whole I think collectively we work hard to permit open dialogue and free speech and it is surprising to be warned we may not be doing enough.

As it happened, the story about Heaton-Harris’ inappropriate request broke the morning after I had given a talk on Brexit as part of the University’s Festival of Ideas. Entitled ‘UK research in troubled political times’ and honouring one of my predecessors as Master of Churchill College Sir Hermann Bondi (a committed European), it focussed on the consequences of Brexit for the research workforce and funding implications as Brexit gets ever closer. A brief write-up can be found on the University website. It felt distinctly sinister to see the Guardian running the story the next morning, with its explicitly McCarthyist headline.

However, I needn’t have worried. In this topsy-turvy world we now live in, the emphasis the THE reporter, present in the audience, gave when reporting my talk was entirely focussed on the couple of slides I included about changes to the UK’s research council structure as UKRI comes into being. Furthermore, although she no doubt correctly quoted me in what she did report, she didn’t even mention the issue I feel particularly anxious about in the UKRI context, namely what is going to happen to interdisciplinary science. Originally given as one of the motivations for creating a super Research Council in the Nurse Review report, as yet there is no clarity as to how such work will be funded (or assessed). Neither the Global Challenges Research Fund nor the Industrial Challenges Research Fund, both of which we have some information about now, cover the fundamental kind of interdisciplinary science which forms the focus of HEFCE’s Interdisciplinary Advisory Panel for REF2021, which I chair and which formed the focus of my uncertainty regarding the new UKRI landscape in my talk.

So the Daily Mail won’t have picked up from the THE story that I am a dangerous Leftie who talks about Brexit (although they might have spotted the latter if they read the University’s own website; I am not, though, or ever have been a paid up member of any political party). Consequently, to the hilarity of my fellow heads of house – several of whom have remarked upon this – I did not appear on their hit list . Nor have I been identified as ruining a graduation dinner by mentioning the dreaded B word (although I undoubtedly did, both last year and this) as Downing’s Master was. But the Daily Mail isn’t, let us admit, always entirely accurate or consistent, a point noted by one of the said wicked Leftie Masters who, two years ago, was fingered by the Daily Mail for being too right wing. Jackie Ashley’s riposte to some of this furore struck a chord with many of us .

Higher Education may well have a larger proportion of Remainers than some parts of the country, such as the Fens, the Welsh valleys or other former industrial heartlands, but is that sufficient to explain why politicians and journalists from left and right have decided we are the target of choice for their hate? A sector which has usually been regarded with pride for competing successfully with the US giants of Harvard, MIT and Yale; a sector which brings billions of income to the economy through direct and indirect means; a sector which educates (I refuse to say ‘trains’) the next generation – black, white, male, female as well as those who reject such binary divisions. We appear to be being targeted because we think for ourselves and believe in looking at the evidence. We even are prepared to change our minds if the evidence warrants it. Perhaps that is why we are feared – and so attacked – in the days of the bigot and closed-mind-politics and journalism.

16 Responses to Higher Education Through the Looking Glass