A Throwback to Years Gone By from the Government

Back in 2019 the Committee of Advertising Practice and the Advertising Standards Authority published new guidelines about the problems of gender stereotyping in advertising. The guidelines are clear: ‘These rules state that ads ‘must not include gender stereotypes that are likely to cause harm, or serious or widespread offence’. A wide variety of ads since then have fallen foul of the rules and have been banned. Unfortunately, the Government seems unaware of any of this, and managed to produce a spectacular own goal of a poster on social media, which produced howls of derision and anger. 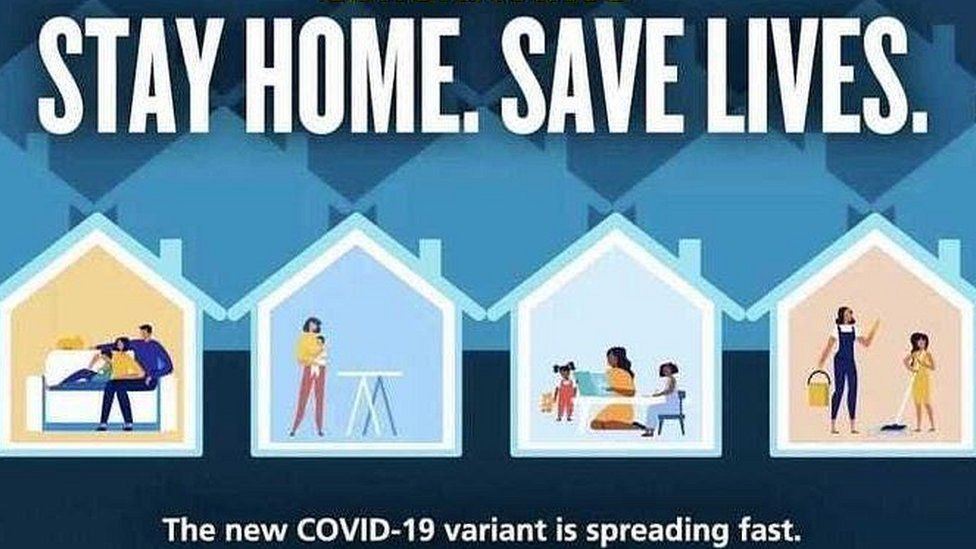 The first image of these four seems simply homely, and of course it is entirely reasonable that a woman holds a baby, reads a book with her children or does some cleaning, as long as a) that is not all she does – why is she not on a Zoom call or reading a novel – and b) the man is equally expected to be pulling his domestic weight. In these last three images men are simply absent. Are the boys down the park playing football and the men headed off to the pub, breaking all the guidelines? Have they been too keen on being strong men, like the Dominic Cummings of this world, and run off to test their eyes? That somehow the men and boys are allowed out, while the women stay at home with the kids?

It seems extraordinary that the gender stereotypes implied by these images were invisible to the layers of designers, checkers and signers-off who must have let this image pass all the stages of production. Did no one (male or female) stop to think how unsuitable these were. We all need to stay home, pull our weight in the challenges of domestic lockdown and think about the NHS. Why should men be somehow absent from the daily life of the home. The poster is as insulting to the man who is getting on with the cleaning, the childcare or the colicky-baby-holding, as to the woman who sees, yet again, her role in society reduced to domestic slave. The world has moved on. Most of us may currently not be worrying about power-dressing (at least from the waist down), or running late for the train, but men and women will be juggling the competing tensions of home and work while struggling to find a place to Zoom quietly for that call with the boss.

Unfortunately, that advertisement says a lot about attitudes to society in the present political leadership. The current minister for Women and Equalities is Liz Truss, and it is a subsidiary role to her primary focus as Secretary of State for International Trade. I tried to recall what pronouncements I recall her making on these subjects, and failed. I did remember her making some fairly (and probably overly) optimistic comments about a trade deal with Japan towards the end of last year. But have I heard  her talking about the challenges facing ethnic minorities due to their higher death rates from Covid19, or worrying about the consequences of lockdown for those trapped in a small dwelling with an abuser? Well, no. Or has she spoken up about the financial consequences for women whose juggling has been too much for them, and they have lost their job? Not a sound that I recall. So I did a quick Google to see what I had missed, but that didn’t throw up much relevant to this post.

We should not be leaving it to the Fawcett Society or the wider Twitter world to scream about the inappropriateness of an official communication. Its message is important and should be heeded by us all. But to let the artwork destroy that message by stupidity, blindness and laziness is a shocker.

This entry was posted in Equality and tagged Covid19, Dominic Cummings, Fawcett Society. Bookmark the permalink.