At 6:18 on the afternoon of Tuesday 4th August a huge store of ammonium nitrate exploded at the port of Beirut. The blast, one of the most powerful non-nuclear explosions in history, killed nearly 200 people, injured thousands more, and left over a quarter of a million homeless. In the immediate vicinity, the blast wave overturned cars and tore the cladding from buildings; windows were shattered in homes as far as 10 km from the epicentre. Three of the city’s hospitals were destroyed. With an economy already on its knees from the ravages of political corruption and Covid-19, the citizens of Beirut now have to pick up the pieces of lives and livelihoods demolished by a catastrophe that beggars belief. 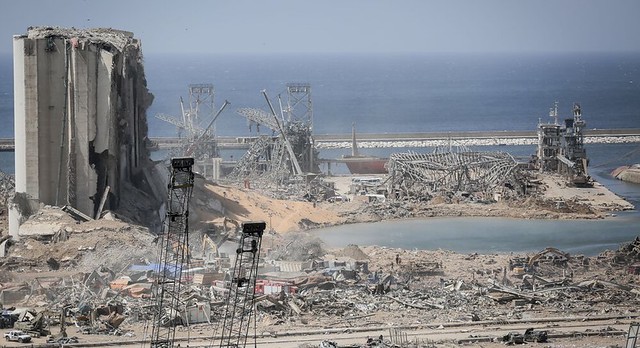 Four years after the referendum that pronounced Britain’s decision to quit the European Union, the citizens of the United Kingdom are still sifting through the debris of a political detonation that at times seems no less catastrophic. Some will protest at the comparison. Some of the threads of the metaphor might snap under the strain, but enough remain attached to make a connection. I thought after all this time that the UK government would have made some accommodation with reality, that some sense of direction would have emerged, but I find myself still floundering, still knotted with frustration, and still fearful of the future. Brexit has been a political, economic and moral disaster for this country. There has been no healing, no rebuilding. We are a splintered nation wandering shell-shocked amid the wreckage of that fateful day in June 2016.

The comparison came to me a couple of weeks ago as I was listening to four experts on the BBC Radio4’s The Briefing Room examine the progress made in securing the UK’s future trading relationship with the EU. There hasn’t been much, it turns out – the two sides are “still very far apart”. As the four experts grappled with the complex realities of trade in goods and services with the EU and with other nations, of research and development, of fishing rights, of security, of traveling with pets, or of regulation of state aid, labour laws and environmental standards, the problems mounted. These are difficult issues, inevitably interlinked, and the way forward remains unclear. On Twitter, Conservative MP John Redwood dismissed the radio programme’s analysis as yet another sortie for Project Fear and demanded the chance to make “the case for all the wins once we leave.” But when challenged to do so on the social media site, he fell silent. Likewise, in his most recent statement, the UK’s chief negotiator, David Frost, makes no mention of the wins that are in the offing. He says the UK is committed to “seeking a relationship which ensures we regain sovereign control of our own laws, borders, and waters”, but does not discuss the complexities of the issues at stake or the compromises that are an inevitable part of any deal. Like Redwood’s tweet, his argument is aimed only his supporter base.

Since then, of course, things have only gotten worse. The introduction to Parliament this week of the United Kingdom Internal Market Bill is, according to legal experts and even one government minister, a calculated breach of international law. While the move prompted the principled resignation of the UK’s top legal civil servant, vociferous objections from MPs and Lords on all sides of the House, and expressions of deep concern in the capitals of Britain’s allies at the government’s bad faith, ministers toured radio and TV studios offering a range of explanations that were consistent only in their obtuseness and their opacity. We were told this was just tidying up loose ends; we were told this was to protect the Good Friday Agreement; we were told this was to protect the integrity of the UK. The prime minister now tells us that the deal he sold to the electorate last December as ‘oven-ready’ to the electorate in December 2019 and for which he demanded and won parliament’s expedited approval in January 2020 ‘never made sense’.

The thing that has never made sense in all of this – from the moment he declared his support for Brexit – is Boris Johnson’s strategy. This strategy may, by a long and unpredictable road, have won him the premiership. But as the Bullingdon PM leads the country to rogue nation status, the sense of crisis – exacerbated by his government’s ineptitude and dissembling during the Covid-19 pandemic – has only deepened. If there is a strategy here, it seems only to be driven by the desire of his chief adviser, Dominic Cummings, to re-engineer the machinery of government, whatever the cost to our democratic values. Cummings has imported to government the Leave campaign’s spectacular disregard for the truth and the law. His efforts are writ large and small – in the attempt to disable parliament in last Autumns’ unlawful prorogation, in the culling of critical thinkers among Conservative MPs, and in his arrogant indifference for public safety during lockdown.

Each time it happens, public trust is eroded. Johnson and Cummings are not without their supporters, but their course is a deeply divisive one. I honestly can’t tell if there is a higher aim here. I used to be able to see it, even in politicians with whom I profoundly disagreed. But Brexit has shunted the country onto a different track. There is no attempt to win over the country, to win the argument, to create a realistic vision of hope for the future. Far too many of our politicians, inspired by the short-term successes of populists like Johnson-Cummings and Nigel Farage, are unwilling to talk straight to the British people. Worse, as we have seen with Redwood and his fellow travellers, all attempts to deal with the harsh realities of the world are met with yet more fanciful claims of the bounties that lie beyond Brexit.

Such claims still meet with a willing audience in some quarters, particularly among people who have long felt socially and economically disenfranchised in Britain. The machinations of the global economy and the growing power of large corporations have robbed many of the dignity of work. Unemployment may have been at an all-time low prior to the arrival of Covid-19, but too many jobs these days deny workers the chance to earn a fair wage, sufficient to support their families, for their efforts. The palpable frustration at being reduced to the life of a drone in towns that have been emptied of their industries and businesses made the EU, metropolitain elites and migrants easy targets during the referendum, a ploy that has continued at least as far as last December’s election. It is stoked by elements in the press and social media that pay far more attention to incendiary headlines than to reasoned argument. 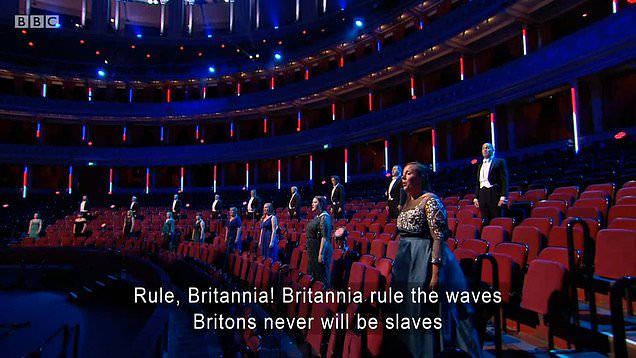 Brexit Britain: nostalgia for a world that no longer could or should exist

How much longer can it continue? As some point the winners have to deliver, but there seems little prospect of that. The Covid-19 pandemic has made the task much more challenging economically. But the government’s serial mis-handling of the crisis – the delayed lockdown, the chaotic communications, the disregard for care home residents in the Spring, the failure to have a workable test and trace system in place for the return to schools and universities – and in particular its refusal to own its mistakes speaks to a profound indifference towards the people over which it wields its power.

And this morning we hear that Johnson will seek to opt out of major parts of European human rights laws. The disenfranchised workers of Britain can expect to be further disempowered in Brexit Britain.

At this point most newspaper columnists throw up their hands and sign off with some pithy remark about the ominous state of the nation. I’m tempted to do the same but what I really want is to find a way to a politics that can pull us out of our downward spiral. My difficulty is knowing which way to turn. Who among us is willing to stake out a position of radical integrity? Who among us is prepared to shoulder the grunt work of making the argument beyond the echo chamber of their own political base, of undertaking the hard work of understanding and explaining the problems that Britain faces and what we need to do together to solve them, even when – as is inevitable – we disagree. We each need to play our part, even it is amounts only to letting go of some of our certainties and trying to understand a different point of view.

It has been a desperate and depressing few weeks. We have yet to find an antidote to the poison of Brexit and with each day that passes it becomes clearer that Johnson has no interest in finding one. He is on course for disaster because he is incapable of dealing truthfully with people. When he is gone, we will need political leaders who are willing to talk straight and deal with complexity, who have a visceral understanding of the need to bring people together, and who will make an honest effort to reach those with whom they don’t agree. That is the only way we can rebuild the ruins of our politics.

This entry was posted in Communication, International, Science & Politics. Bookmark the permalink.

3 Responses to Our Beirut Brexit