This year’s question: is it pathetic that Adventures in Wonderland has turned into an annual top-ten-photo blog? Perhaps I’ll do better in 2020. Recent history suggests not, however.

Anyway, on to my favourite ten (plus one, as usual) photographs of 2019, in no particular order. 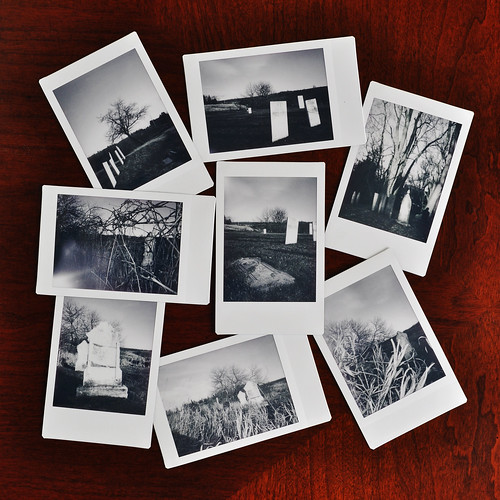 This one is a bit of a cheat, as the individual photographs were from late in 2018, but the composite shown here was made on January 1, 2019, so I’m saying it counts. I’ve blogged before about visiting pioneer-era cemeteries in nearby King Township, but this is the first time I’ve borrowed a Fujifilm Instax Mini 9 instant camera and used its monochrome pack film. It’s refreshingly fun. Pro tip: the film takes forever to develop in the winter cold. Throw it in the car and by the time you’re home, it will look fine. 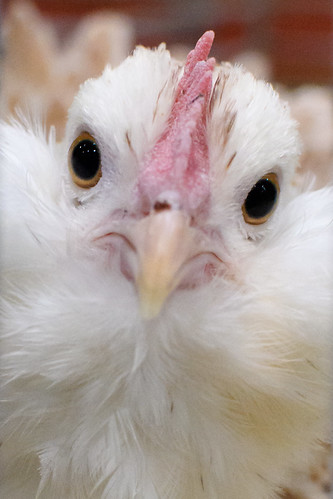 I’ve been a photographer for Toronto’s Royal Agricultural Winter Fair since 2015. You can even find a few of my photos on their website, although most are from pro shooters Ben and Mackenzie. I love birds, and will always take some time out for photos of fowl. This chicken seemed particularly willing to pose, even if it does look like its going to peck my eyes out if I get any closer. 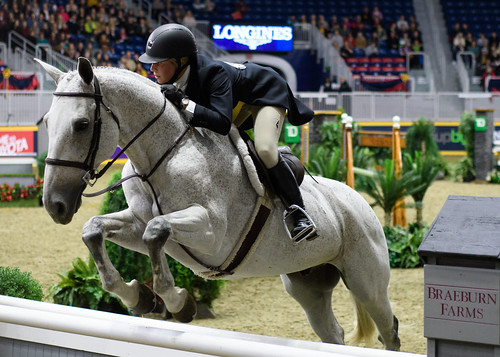 Another from the Royal – this time, the Knightwood Hunter Derby, part of the Royal Horse Show. Shooting from the rail as Nicole and friend launch over a fence, already looking to the next one. 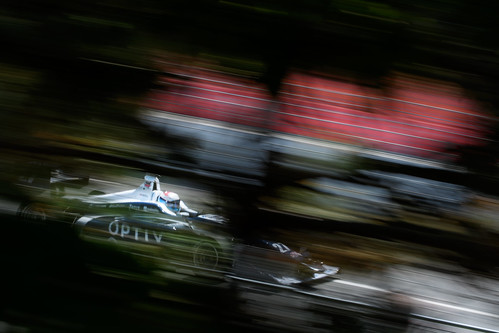 If you’ve seen any of these posts before, you won’t be surprised by this combination of car racing and motion blur. Indy Lights series driver Robert Megennis pilots his car down Lakeshore Boulevard, Saturday of the Honda Indy Toronto race weekend. 2019 was my tenth year as part of the track photography team. For a nice retrospective, why not take a look at my friend and colleague Paul’s anniversary blog post? 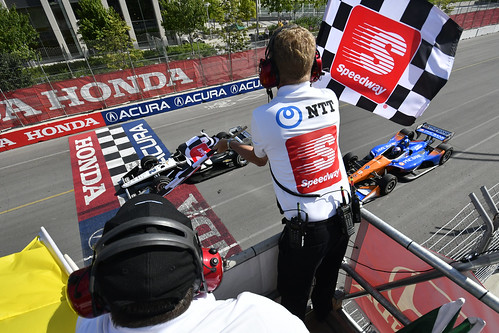 Also from the Honda Indy Toronto, this is a kind of bucket-list photograph for me. The flag stand is highly restricted, and usually only a series photographer and one from a major newswire are allowed up for the race. Last year, my team leader John had the opportunity to join in the fun, and this year graciously gave me the nod. It’s a tricky photograph – lots of potential to get in the way of the officials, miss the shot entirely (it’s an overhead, wide-angle, “spray and pray” kind of situation), or generally mess it up. Here, I’ve got race winner Simon Pagenaud right on the finish line, although his face and inevitable fist-pump are unfortunately obscured by the flag. Still, I’m very happy with how this turned out, and the high burst speed of my newest camera came in very handy. 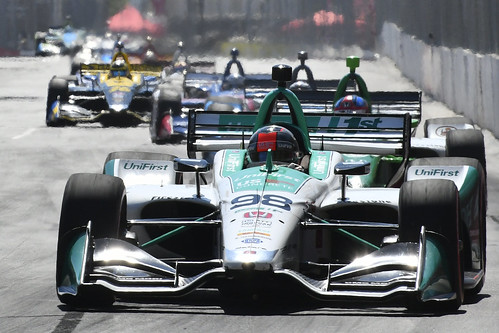 One more (for now) from the Honda Indy Toronto. Somehow, I’ve never photographed the race from this particular location before. It affords an opportunity to get a tightly-framed shot of the pack as it streams down the front straight (known in civilian times as Princes Avenue). Grandson of racing legend Mario, Marco Andretti would eventually finish tenth. 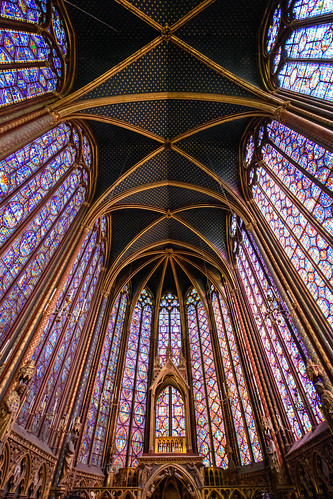 In late May, my wife and I took a trip to Paris (framed around the European Academy of Childhood Disability conference, which I was attending). On a friend’s recommendation, we searched out La Sainte-Chapelle on the Île de la Cité – and what a recommendation that was! This building, seemingly made entirely of stained glass held together by magic, is breathtaking. I’m not sure any photograph could ever really do it justice, but this should give you an idea. 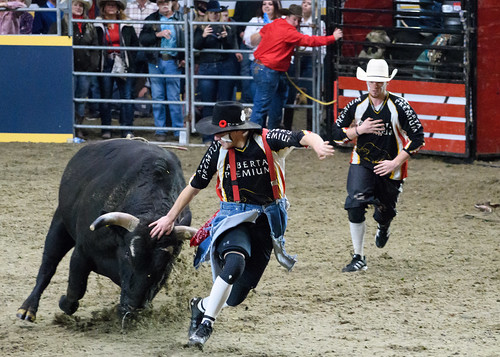 These “rodeo clowns” (I’m sure there’s a more modern term… bovine safety workers?) are stars of the rodeo, traditionally held on the last day of the Royal. Here, he’s just tapped the bull on its nose to distract it from its fallen rider (just out of shot to the left), and is high-tailing it away. 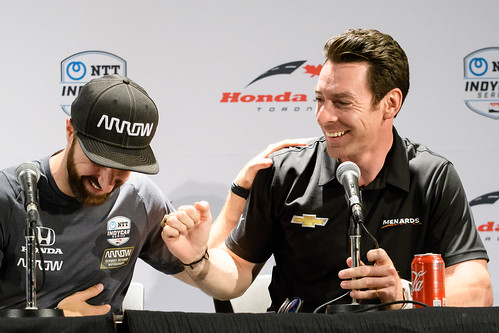 Back to the Honda Indy Toronto race weekend again for this one. I’ve always enjoyed photographing the opening press conferences on Thursday, before the on-track action gets going the next day. Typically, the drivers are loose and relaxed, and there can be opportunities for fun photos of them goofing around a bit. Here, Simon Pagenaud is reminding home-town favourite James Hinchcliffe that he happens to be wearing his 2019 Indianapolis 500 Champion’s ring – just in case Hinch had forgotten. You can see some more smiley drivers (and many other photos from the weekend) in this Flickr set. 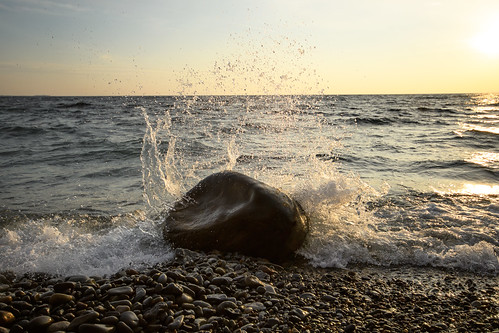 From the very last days of 2019. This gem of a park on the shores of Lake Ontario is only about 10 minutes from where I grew up – and I’d never been there until trying out a film camera in 2016. It’s a shame it’s taken me more than three years to return, but I’m glad I did – mid-afternoon, just two days after the winter solstice, and we’re already into “golden hour“. And the wind and lake were co-operating, unlike the following days, which were calm and overcast. 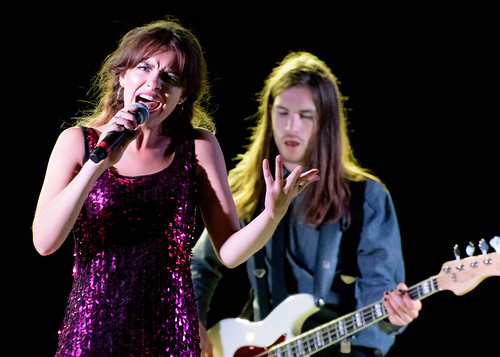 This is the second year I’ve had the privilege of photographing the end-of-summer showcase concert for the Ontario Musicians Co-operative Inc., a not-for-profit organization founded by a good friend, that assists independent artists with career development. Melina Mellé is a delight to photograph, with a seemingly endless repertoire of expressions and moods. Stalwart bass player Alex Lii, no mean singer himself, is backing her up. You can see another of my photos of Melina, from 2018’s concert, on the OMCI website here. The full 2019 roster of Barrie, Ontario’s OMCI musicians is here.

And that’s it! Now I just have to work on my “best of the decade” set, which, based on my usual speed, should be ready for viewing sometime in the 2030’s. Happy New Year, everyone.

I am Canadian by heritage, and a molecular biologist and human geneticist by training. My day job is Assistant Director of a large genome centre, where I do various things along the lines of "keeping the wheels on". In my spare time, I tend to run around with a camera, often chasing race cars, abandoned barns, and sundry wildlife.
View all posts by Richard Wintle →
This entry was posted in Hobbies, Photography, Racing and tagged motorsports, Photography. Bookmark the permalink.