It’s January, so it must be time for…

With the more or less complete absence of photograph-able events that would usually appear in my annual round-up, I’ve had to get a bit creative. With the Honda Indy Toronto canceled, the Royal Agricultural Winter Fair migrating to an online format, and highly restricted attendance at what horse shows were running… well, the backyard, the basement, and the deserted halls of Toronto’s business district were among the most available subjects. I also spent a lot of time sifting through old photos and posting some on Flickr, but those aren’t shown here. This is all new.

Here then, in no particular order, are 2020’s Top Ten. If you prefer, they also live in this online set. 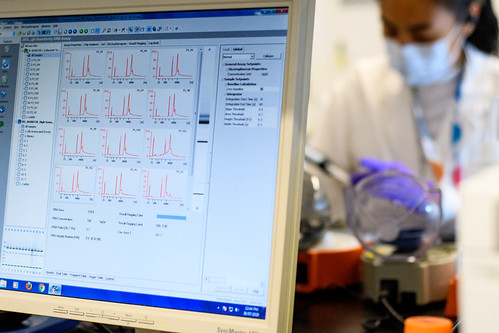 As part of an effort to update content on our divisional website, a friend and I spent some time running around the floor photographing “science-y” things. With a brief to avoid recognizable people, I’ve focused on the DNA quality control traces in the foreground. I’ve not photographed much at work, but I’m pleased how the series turned out – equipment, gloved hands pipetting, and details all made the final cut. 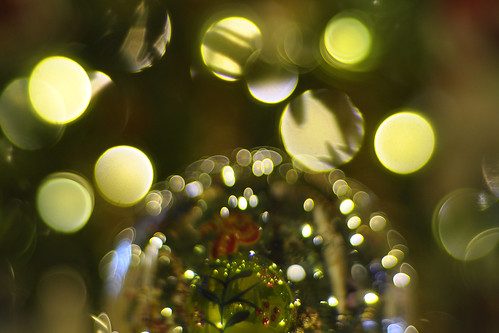 In my stocking this year was a Lensball, a polished sphere of optical glass that acts as a low-tech fisheye lens. Although undeniably gimmicky, it’s addictively fun to play with. Here’s one from the first set of attempts, putting it as close to *inside* the Christmas tree as possible. Later lensball fun, at least one of which will likely feature in 2021’s top ten, is in this set. 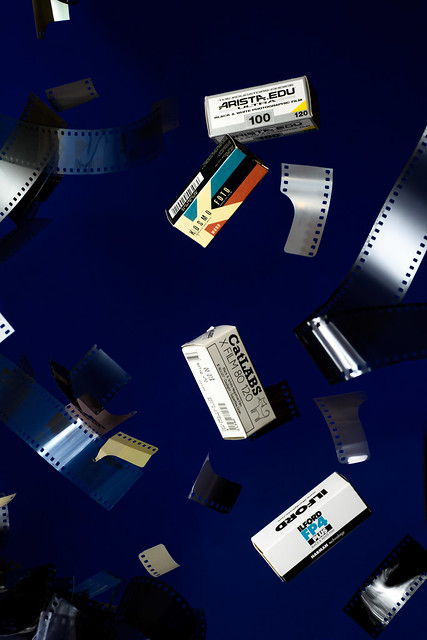 This one’s a composite of dozens of images. Imagine me in the basement, throwing handfuls of film scraps in the air with one hand, or dropping new, boxed rolls, while clicking a remote shutter release with the other. The end result isn’t *quite* what I’d envisioned, but with some effort in Photoshop, I’m pretty happy with the final image. 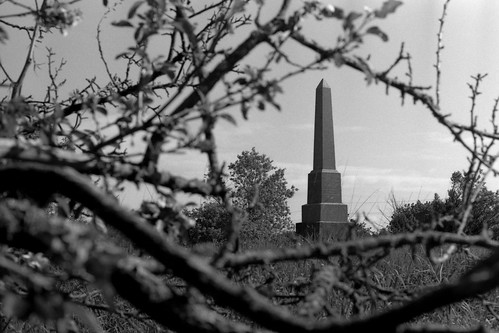 In the earliest days of the pandemic here in Ontario, many of us, including myself, felt that even trips out to photograph some favourite local landmarks were a frivolity – putting myself and others at risk. It wasn’t until a couple of months later that I felt comfortable enough to head out to a favourite haunt in King Township, and exercise an old friend, the Asahi Pentax Spotmatic F. 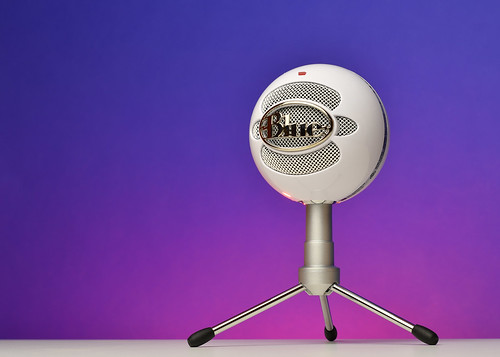 April saw the arrival of a modest enhancement to my home video-conferencing setup – the very photogenic Blue Snowball Ice, a low-cost, plug and play mic that sounds better than the built-in microphone in my laptop (a pretty low bar to beat, to be honest). And just *look* at the thing – science-fiction mixed up with retro-chic style. 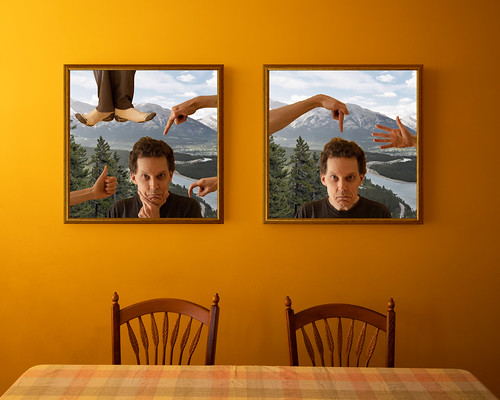 Didn’t practically every photographer try some self-portraits this year? This is a step up from a similar concept from several years ago – another composite of multiple images, shoehorned into a couple of pictures hanging behind the dining table. 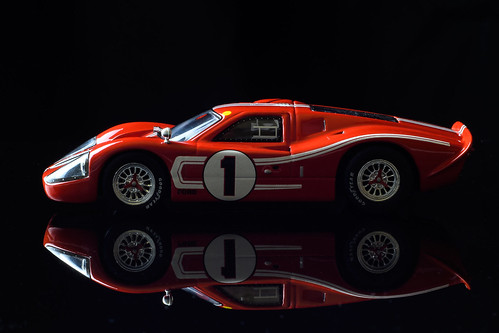 Another thing racing and other car nuts did this year was a lot of photography of models, miniatures, and toys. This is the 1967 24 Hours of Le Mans-winning car of A.J. Foyt and Dan Gurney, in 1/43 scale form.

Cedar Waxwing: Down the Hatch! 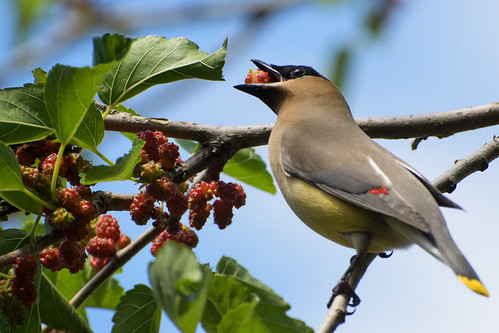 Cedar Waxwings are charming little birds, passing through this part of Canada in flocks when trees full of ripe berries are available. This one and its friends rampaged through the neighbour’s mulberry tree, back in June.

The Ghost of Christmas Turkey Past 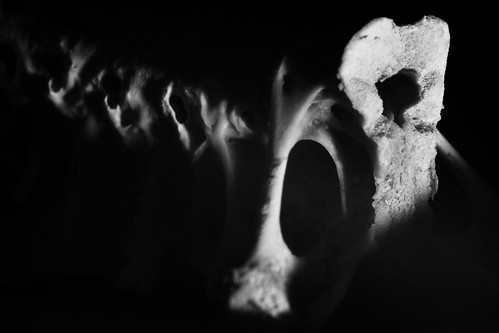 Maybe a little macabre, but the shapes of the leftover vertebrae were too alluring to ignore. An experiment with some hard light and deep shadows. 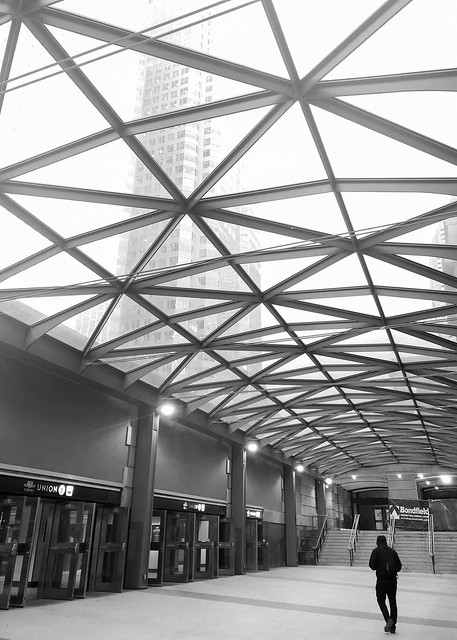 After several months at home, things calmed down enough that I was comfortable commuting to work several days a week – taking advantage of easy parking, empty trains, and wide open streets and paths. Many others, however, were still working from home, including the vast majority of those who usually commute through Toronto’s Union Station en route to the downtown financial district. This photograph, part of a series, is no cheat – just one other person in the whole covered concourse area. The rest of the station and underground PATH system was similarly empty.

I am Canadian by heritage, and a molecular biologist and human geneticist by training. My day job is Assistant Director of a large genome centre, where I do various things along the lines of "keeping the wheels on". In my spare time, I tend to run around with a camera, often chasing race cars, abandoned barns, and sundry wildlife.
View all posts by Richard Wintle →
This entry was posted in Hobbies, Photography and tagged hobbies, Photography. Bookmark the permalink.

2 Responses to It’s January, so it must be time for…