It is always difficult to know when to say no, or enough is enough. Turning down or walking away from opportunities is a difficult thing to do, particularly when they are things you’d really like to do. But there comes a point when the scales tip too far one way, when health, family, the day job or general equilibrium are clearly suffering and it is time to act decisively. It isn’t always obvious till too late that that balance has gone badly awry, and there is always the feeling that by saying no you are letting someone down (including yourself). There is also the embarrassment of knowing how to frame the ‘no’, as I’ve written about before.

This summer brought me to a point where I have had to put these thoughts into action and, with great reluctance and sadness I have stood down as a Trustee of the Science Museum. I took up this role almost exactly five years ago, with great enthusiasm. It has been a pleasure to work with all the committed and enthusiastic teams and hear about their exciting plans for the future as they have been being developed. The museums in the Science Museum Group seem to be going from strength to strength, with recent exhibitions of an extraordinarily high calibre in Cosmonauts and Collider. At Manchester’s Museum of Science and Industry Wonder Materials is equally a stellar production currently. More exhibitions of the same breadth of ambition are in the pipeline I promise you.

Imminently, there will be the opening of the new space for children (and their families) at the Science Museum, Wonderlab on October 12th. I’ve had a sneak preview – courtesy of being a member of the Science Museum Advisory Board, a role I’ve been persuaded not to relinquish along with my Trusteeship – and it looks fantastic. As a taster, here is the Trustee Chair Mary Archer smiling after trying out one of the slides designed to illustrate how different surfaces have different friction properties. The scale of the whole set-up is probably better illustrated by the (rather blurry, apologies for my poor photography) shot of Museum Director Ian Blatchford trying out the same exhibit. 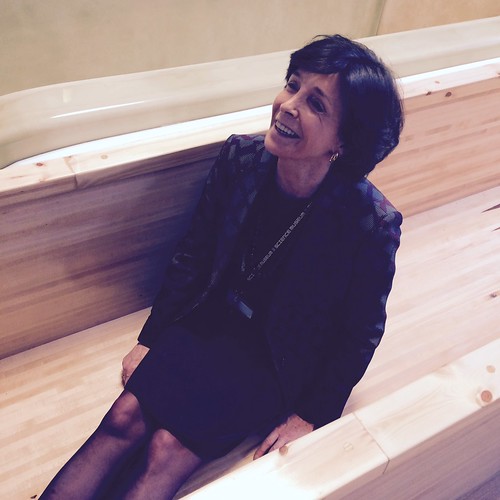 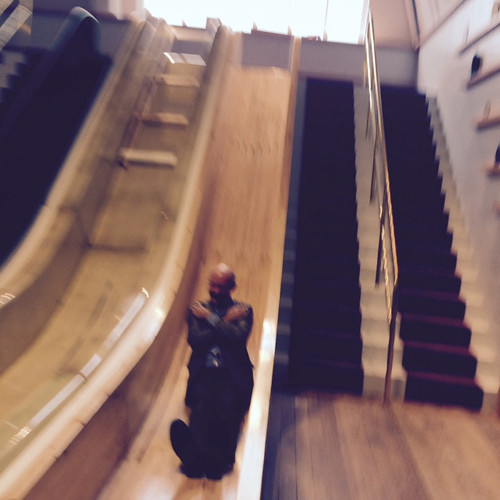 More mysteriously, I also leave you with an image of another exhibit: is this smoke, or a cloud, or dry ice or……? You’ll have to go and explore for yourself. 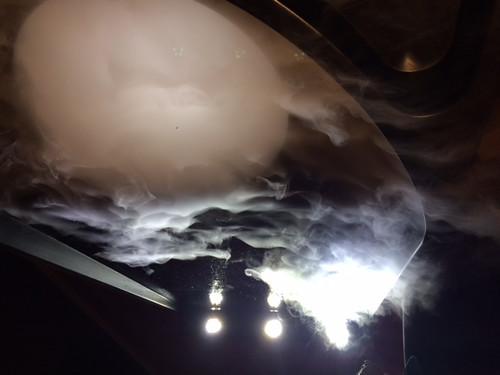 Formally I stepped down this week at our Strategy Away Day held in Durham, which followed a visit to Locomotion in Shildon – the one site of the Science Museum Group I had never previously visited (I wrote about my visit to the National Railway Museum in York previously). There we were treated to a brief ride pulled along by the 150 year old steam engine Furness 20 (the oldest working standard gauge steam locomotive in the UK) to get us from one side of the site to the other. I’m just about old enough to remember the smell of steam trains so there was an undoubted sense of childhood recovered as we were delivered to our Board meeting (though attending that, of course, would not have been something my childhood self would have dreamed of). 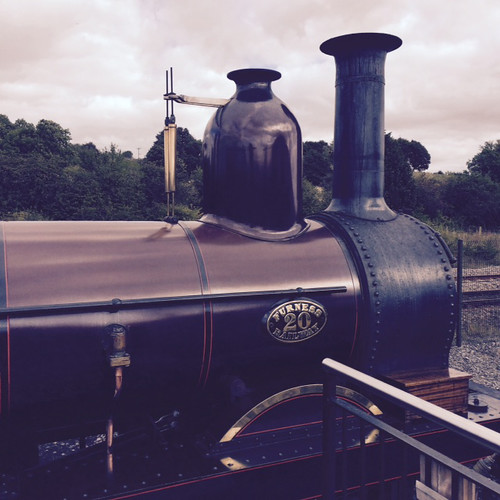 In Durham itself we were also treated to the sight of rare treasures in the Palace Green Library, incorporating some of their ancient manuscripts and more recent documents, including the 1895 Charter allowing women to proceed to Durham degrees – a good 50 years ahead of my own University. Principia, Micrographia and more were on show but, given my admitted interest in birds I will illustrate our visit with a page from Willoughby and Ray’s seminal book Ornithologia libri tres. 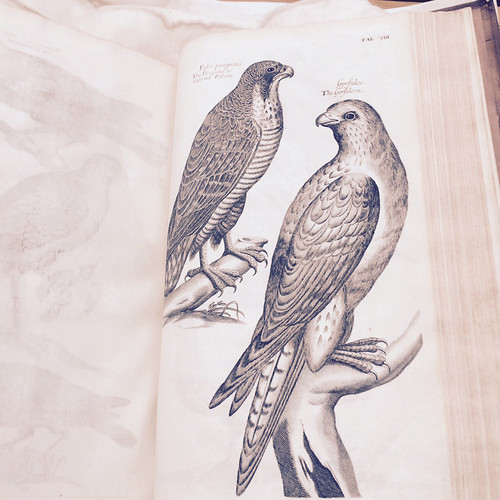 The Science Museum group collectively has influenced many a child’s decision to engage with science to A level and beyond. The numbers of school parties they host each year is impressive, with more than half a million children visiting one of their museums annually. Their website is the most ‘googled’ museum in the world.  I look forward to watching them proceed from strength to strength, even if now I will mainly simply be standing on the side-lines cheering them on.