I know it’s already halfway through June, but here are my ten favourite photographs of 2015, in no particular order. Strangely, no motorsports made the list, unless you count the tractor. 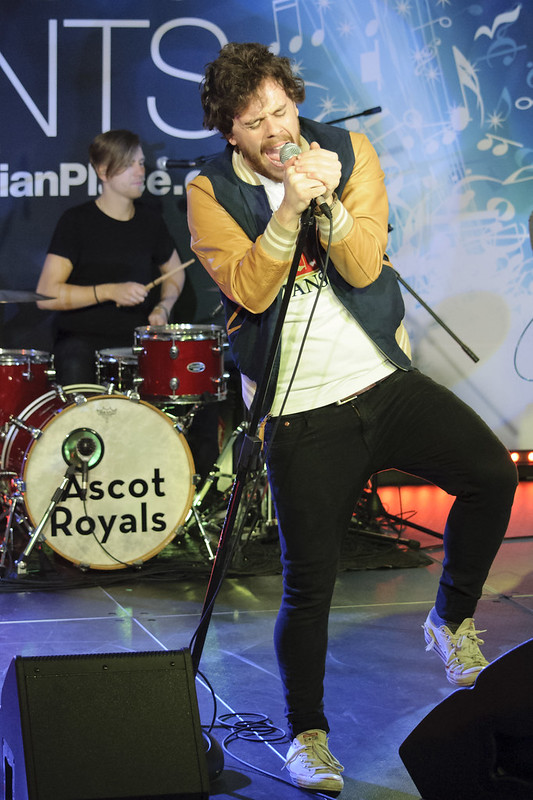 One of a number of lunchtime concerts that I photographed at First Canadian Place. The band kicked it in this show, playing original songs and a surprising cover of TLC’s “No Scrubs”. 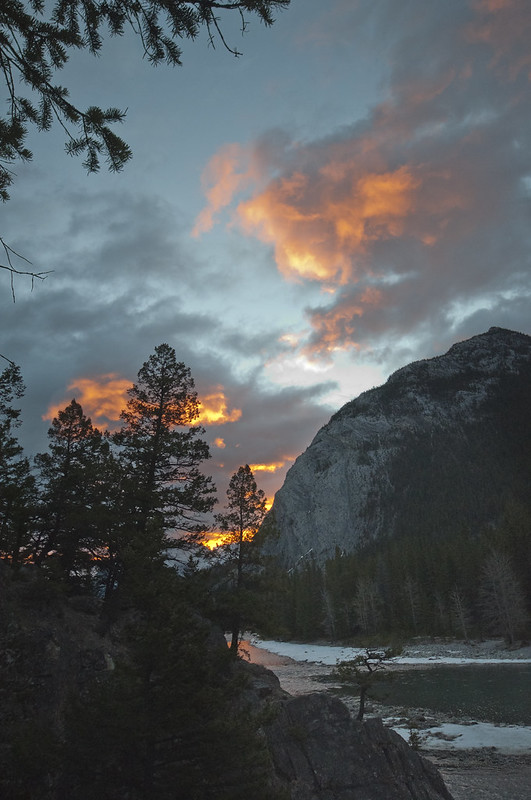 Early-morning rising made easier by being two time zones west of home, I headed for a location I’d scouted the previous day. The orange light show only lasted about fifteen minutes. 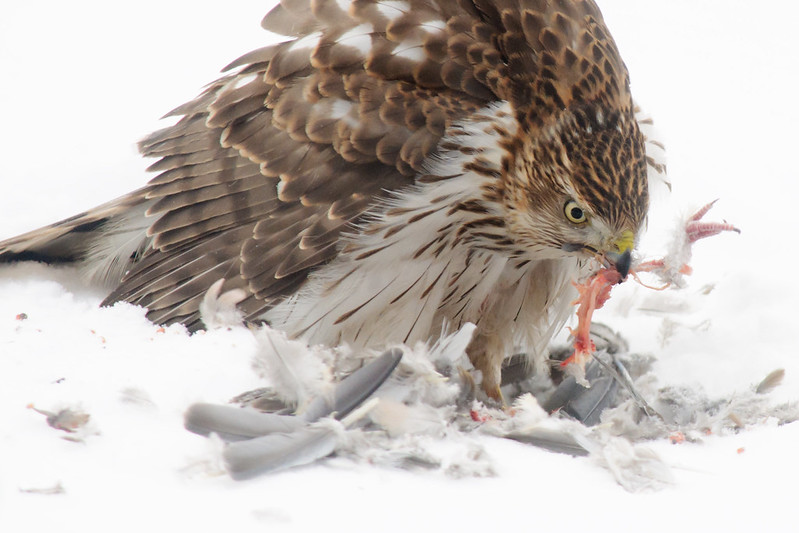 A frequent visitor, this juvenile Cooper’s is adept at picking off doves from backyard bird feeders. We’ve had these birds in the neighbourhood for years, but this was from the first good set of photographs I’ve managed. It’s isolated against the snow on top of the neighbour’s shed, nicely avoiding the suburban surroundings. 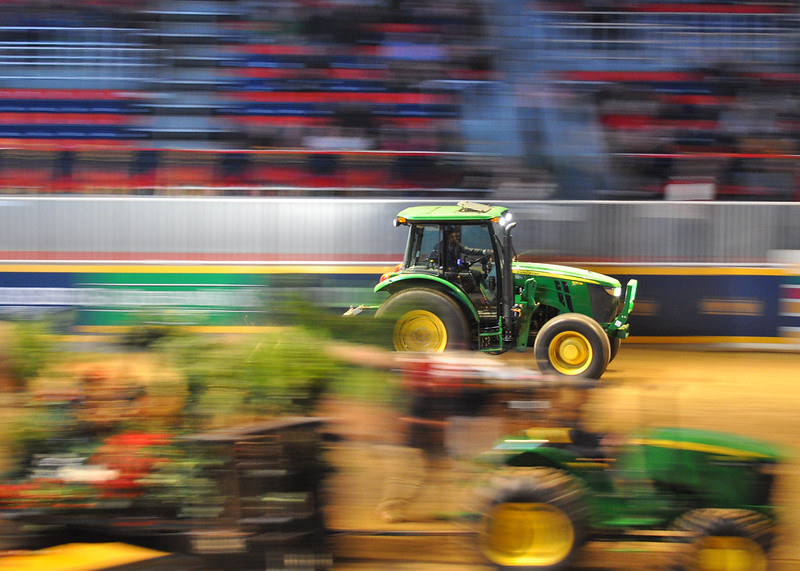 I had an opportunity to photograph the Royal Agricultural Winter Fair this year, including a couple of visits to Ricoh Coliseum. The venue’s dim light meant that I had to use slower shutter speeds than I like to. Here, I decided just to go with it, slow the shutter down, and pan the grounds crew’s tractor in among the colourful mess of jumps and other vehicles.

5. March – Self portrait with feet and Toronto 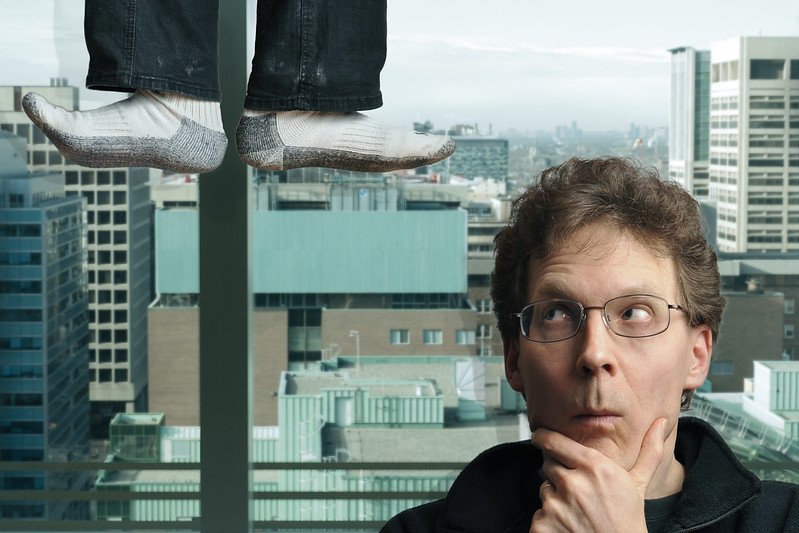 I’d never really tried self portraits until this year. This was an entry for a DEDPXL assignment. My feet and face were photographed in the basement and composited onto a backdrop of the view out the window at work. Reflections and some other adjustments were added in Photoshop. 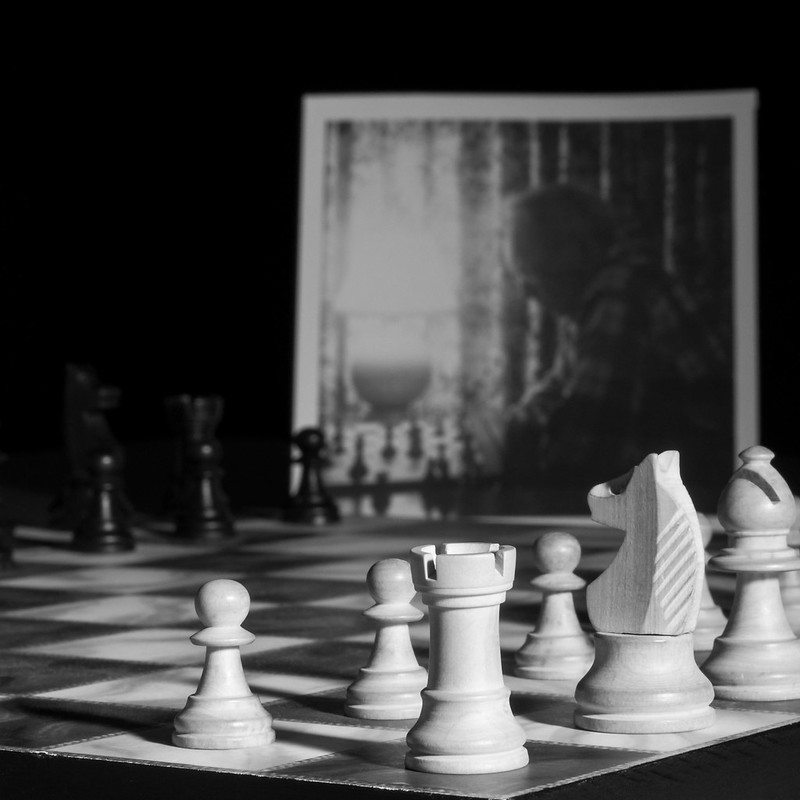 My father-in-law enjoyed playing chess, and I’ve placed a photograph I took of him in the background. Another DEDPXL assignment, this time on the theme of “moody black and white”. 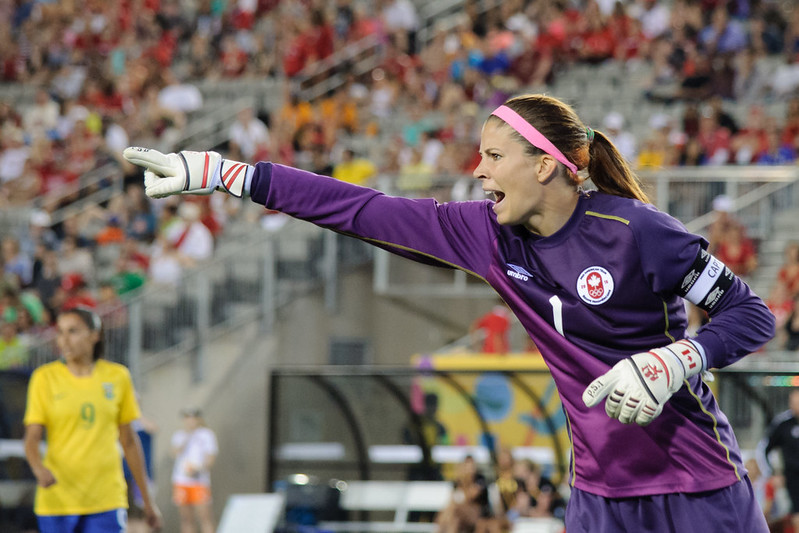 I spent some time in the summer shooting the 2015 Pan Am Games soccer matches for the host city of Hamilton, Ontario. Canada lost this final qualification match 2-0 to Brazil, but advanced to the semi-finals anyway. Here, goalkeeper Stephanie Labbé directs traffic. I’m far away on the sidelines. 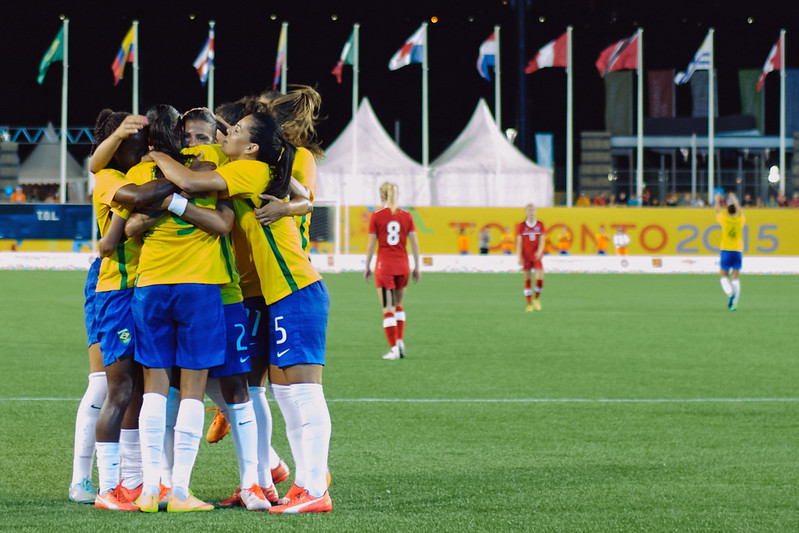 This photograph sums up the match – Brazilian players celebrate, as dejected Canadians walk away. 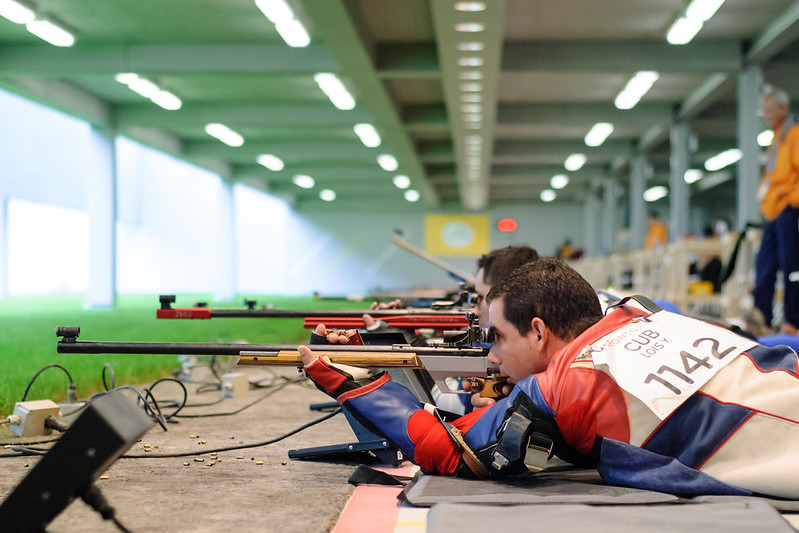 As a bonus to photographing soccer for Hamilton, I had a media credential for the rest of the sports. Since the shooting venue wasn’t far from home, I made the time to go to a full day of men’s competition. A sport of remarkably quiet concentration, it made for some excellent photo opportunities. Here, Cuban Yoleisy Lois shoots in the qualification round. He would fail to make the final eight, finishing 23rd. I’m lying prone to get an eye-level view, in a safe zone to the side. 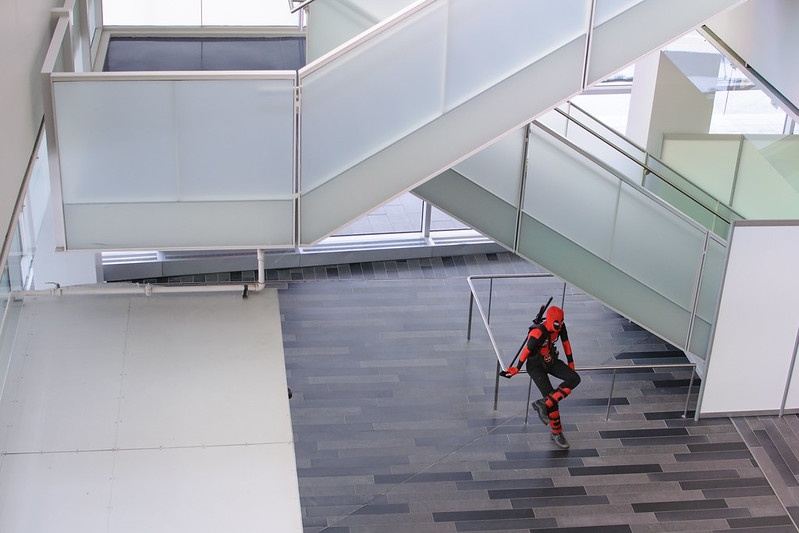 Also new this year was some time spent at ComicCons in Ottawa and Montreal. I liked the quiet feel, and the slightly surreal aspect of this character on his own, amid the chaos of the convention.

I am Canadian by heritage, and a molecular biologist and human geneticist by training. My day job is Assistant Director of a large genome centre, where I do various things along the lines of "keeping the wheels on". In my spare time, I tend to run around with a camera, often chasing horses, race cars, musicians, and occasionally, wildlife.
View all posts by Richard Wintle →
This entry was posted in Hobbies, Photography and tagged hobbies, Photography, sports. Bookmark the permalink.