Setting a new record for lateness… the 2017 top ten

As we approach 2019, it’s about time I got around to sorting out 2017’s best pictures(!). Readers, I present to you: my top ten photographs of last year. So, in no particular order, we have: 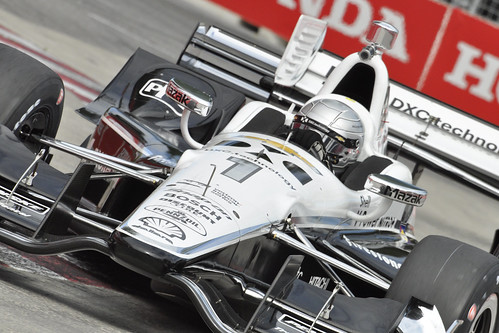 Back to a location on the track that I hadn’t really spent much time at in recent years, as it’s a bit of a pain to get to. It does afford the opportunity for close-cropped compositions like this one. The tilted motorsport shot is a bit of a trope, to be honest, but I think it works here. Pagenaud would finish fifth in Toronto and second in the championship for 2017. 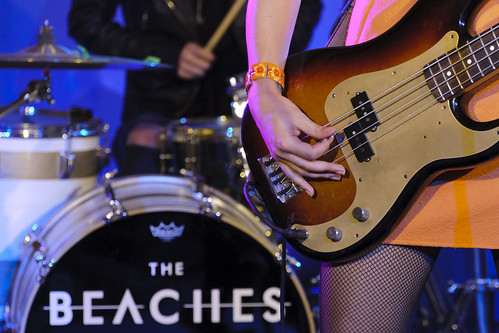 I’ve photographed a lot of concerts for First Canadian Place / Arts Brookfield, but this one was just for fun. Winners of the Juno Award for Breakthrough Artist of the Year in 2018, they’re probably best described as “alternative rock”. Here we have bassist/vocalist Jordan Miller and a bit of drummer Eliza Enman-McDaniel, although this photograph is really all about the band’s logo. 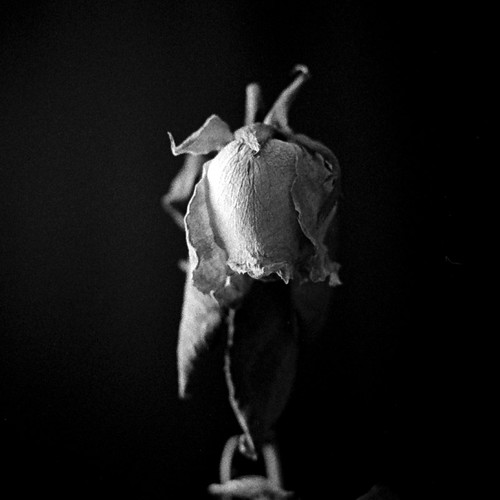 Something a little different: some studio (read: basement) work on Kodak Tri-X film. My first experience using Ilford Ilfosol 3 developer, which to be honest is probably not the best choice for this particular film. 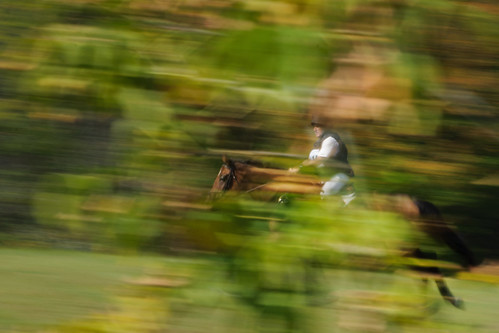 More fun with slow-shutter panning, in this case 1/15th of a second. Lindsay and “Carmel” are at full gallop, probably about a hundred metres away, seen through a very dense thicket that’s only a few metres in front of me. My success rate on photos of this kind is very low, but in this one I was lucky enough to get both horse and rider acceptably sharp. I only occasionally get a chance to photograph Lindsay, as he’s usually occupied with coaching other riders, including our daughter. 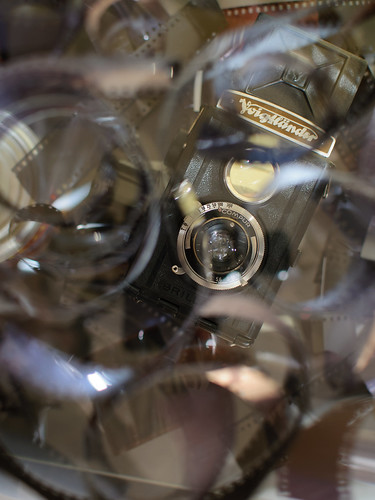 A favourite camera of mine, which you can read a little more about here, seen with a large number of ends of film. More basement studio work. 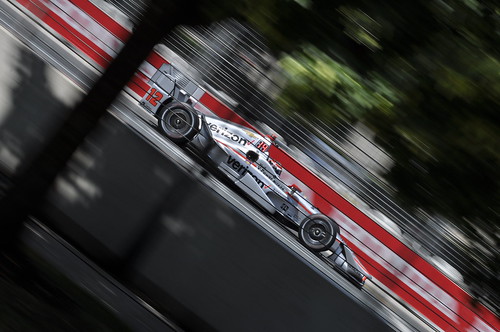 More motion blur, from a tricky position in a high-speed zone obscured by a debris fence. It seems as though all the photographers have tried this location in recent years, but this was the first time I’d really made it work. This is a practice session on Friday of the race weekend; Australian driver Power would ultimately have a miserable Sunday, crashing on the first lap and eventually retiring in last position. 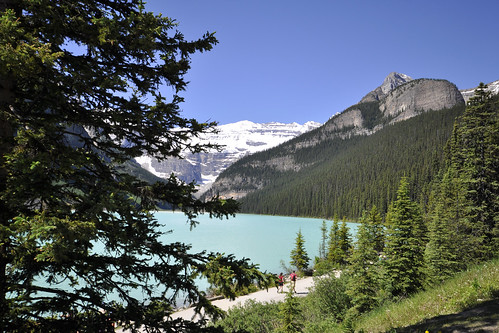 Worth every bit of the traffic, off-site parking, and crowds, Lake Louise is absolutely spectacular. This photograph is from the early part of the hiking trail up to Lake Agnes, another one of a seemingly endless number of breathtakingly beautiful spots in this part of the Rocky Mountains. A rare family vacation in late June/early July. 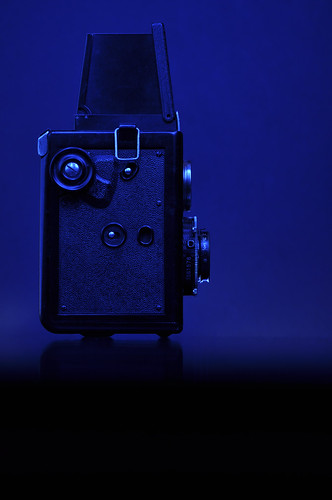 It’s that camera again, this time illuminated with blue gelled flash. I spent some time exploring different ways of photographing this camera, but there’s something about the restricted colour palette, geometric composition, and overall low-key lighting that I really like about this one. Some more of these experiments are on this Flickr page. 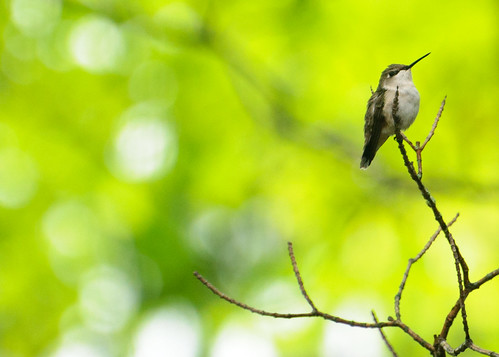 This was, to this date, the best photograph of one of these little birds I’d managed – facilitated by it obligingly sitting still in a tree. These are the only species of Hummingbird found in this part of Canada, and are frequent visitors to the feeder at the Desert Lake cottage – the same place you can see in the header image of this blog. 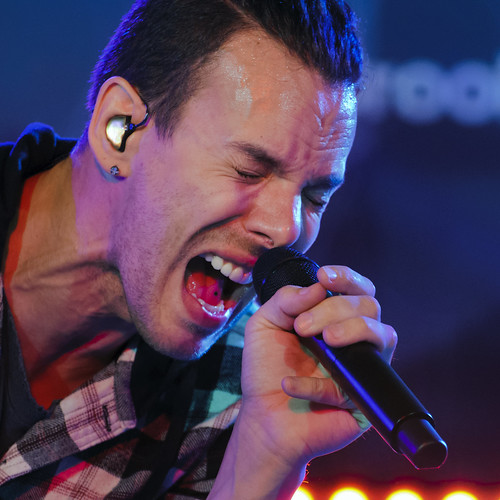 Finally, we have another concert photo, this time a close study of Calgary rock band The New Electric’s frontman, belting out a song. I’ve rarely taken concert photos this tightly framed, but I liked the energy here.

And that’s it! 2017’s roundup finally in the Occam’s Typewriter books. Roll on 2018’s edition, where I can promise you more cars, more concerts, and even a trip to China.

I am Canadian by heritage, and a molecular biologist and human geneticist by training. My day job is Assistant Director of a large genome centre, where I do various things along the lines of "keeping the wheels on". In my spare time, I tend to run around with a camera, often chasing race cars, abandoned barns, and sundry wildlife.
View all posts by Richard Wintle →
This entry was posted in Hobbies, Photography, Racing, Travel and tagged 2017, lateness, Photography. Bookmark the permalink.