This is not my Brexit day

It is 31st January 2020 and as of 11 pm tonight the UK will no longer be a member of the European Union. We have arrived at Brexit day. 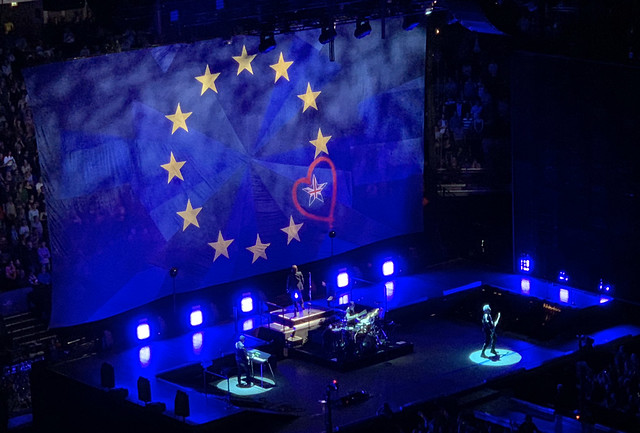 But this is not my Brexit. I did not want it. I did not vote for it. I argued against it with as much reason and reasonableness as I could muster. Throughout the referendum campaign, I never heard a political, economic or democratic argument sufficiently rooted in reality to mount a credible case for leaving the EU. I’ve still not heard one. Brexit will not satisfy those who voted Leave because of political and economic neglect. The solution to those problems lies elsewhere.

This is not my Brexit. In the immediate aftermath of the vote on 23rd June 2016, I was angry and upset. I had thought that even if the vote went the wrong way, an enormous dose of British pragmatism would be brought to bear to smooth the transition, but I soon learned how badly I had mis-judged the situation. Theresa May’s premiership will be remembered, if at all, for the vacuous phrase ‘Brexit means Brexit’, the cold hardening of her anti-immigrant instincts, and her blindness to the fissures that have opened up across the UK, which left her incapable of learning the political lessons of the Brexit vote.

This is not my Brexit. The arrival at No. 10 of Boris Johnson – mendacity made flesh – is a depressing confirmation that Leave campaign’s “dishonesty on an industrial scale”, in Michael Dougan’s famous phrase, has become the new normal in British politics. Johnson may have secured a parliamentary majority sufficient to deliver Brexit, but did so with a minority of the votes cast. So far he has offered little but his trademark bluster to paper over the divisions within the country. Brexit remains a largely English ‘victory’ and a hollow one at that. Somehow we have to find a way to re-unite as a country but also as a people that looks out to the world with generosity, honesty and humility. I see none of these qualities in our current prime minister.

This is not my Brexit. Johnson has played recklessly with nationalist sentiment, inflated the fantasy of British exceptionalism, and stood by while some of his fellow-travellers stirred xenophobic bile into the national discourse. The result has been chilling for millions of Europeans who made Britain a home where they hoped to build a future. The country’s humanity has been diminished alongside its international standing.

This is not my Brexit and this is not my Brexit day. I cling to hope but will mourn the severance. If I have learned one thing in the past three and a half years, it is that nationalism is a cancer that humanity may not survive. It is the root of racism. It thrives on separation when the world desperately needs to find its common humanity. By the happy accident of being born in Ireland, I have been able to apply for an Irish passport. I will not revel in my Irishness, but in the fact that I remain a citizen of something greater – the EU. Even then, I am no longer satisfied. I look forward to the day when my documentation proclaims me what I truly wish to be: a citizen of the world.

9 Responses to This is not my Brexit day