Just three weeks ago, on eve of the weekend, my wife and I met an old friend for dinner at a restaurant in Southwark. Even then, the most normal things in the world were beginning to feel risky. 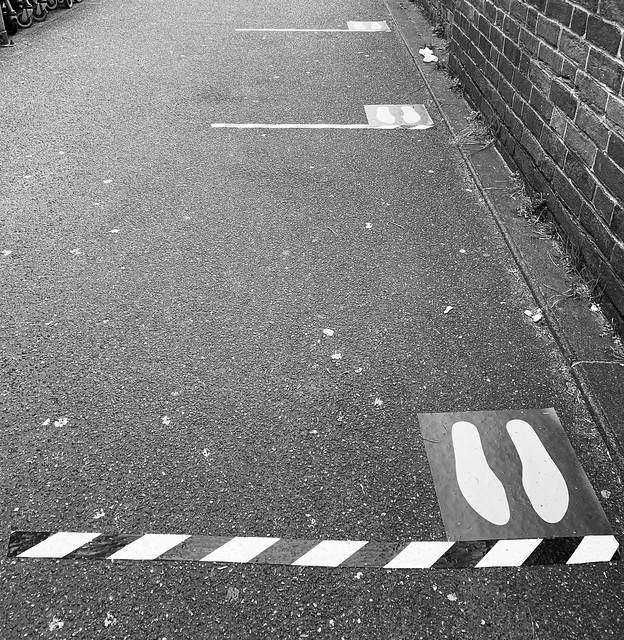 Our friend works for Public Health England, but even if he hadn’t, the conversation would still probably have locked onto the coronavirus pandemic. We could feel it coming – my university had already decided to move all teaching online – and could see it in the news reports from Italy, France and Spain; but somehow we still couldn’t bring ourselves to believe it was part of our lives. When we’d sat down to eat there were only a few scattered diners in the restaurant. By the time we got up to say our goodbyes, the place was full.

For me, the pandemic arrived over the weekend when another friend, a virologist in Wuhan, emailed to express his shock and dismay that the UK government had opted to rely on a herd immunity strategy to get the country to the other side of the crisis. He painted a vivid and chilling picture of the severity of the disease and the high mortality that would result when health services became overwhelmed. The British policy was ‘cold-blooded and brutal’, he wrote. I relayed the information to my friend at PHE and to a colleague at Imperial College who is heavily involved in coronavirus work, though by then it looks as if the government had already decided to change tack.

On the Monday (16th March) I went in work but not as normal. Fortunately, I was able to go in late and head home early, avoiding the most crowded times on the train and the tube. I returned with everything I would need to work from home and sat in silence with my wife on the sofa to watch the Prime Minister announce the first stage of the UK lockdown. Then it was real.

But it would take another week for the PM to shut pubs, restaurants and shops, and insist on full social distancing. In his sombre broadcast on the evening of Monday 23rd March, Johnson looked earnest for the first time in his political career. He is a ruthlessly ambitious and deeply unserious man, but on this occasion even ‘Boris’ had the wit not brush away the threat of the situation as the fear-mongering of doomsters and gloomsters.

So here I am, three weeks in to the new normal. I gave no promises when I started writing this blog back in 2008 that I would have anything particularly insightful to say and I feel pretty much the same today. For me the change has been significant but hardly debilitating. I can get on with my job and have no immediate fear that it will be snatched away from me. My working and social lives have contracted to the size of a laptop screen, but everyone in my household remains healthy; we have enough to eat and drink, and are lucky enough to have a garden.

I know it is not the same for so many others – far from it – but it is hard to get a grasp of that. The new normal has brought with it a new kind of distancing from the world, in spite of the endless streams of news and numbers about the the pandemic’s march of misery. That can hardly be healthy. I have signed up to volunteer for the NHS; however, I was slow to do so and have heard nothing back. I am still doing full days at my job but feel strangely disconnected from it. I can’t make out if I’m making any real headway. My mood waxes and wanes. I have enjoyed as much as anyone the funnier side of the lockdown that peppers my twitter feed with jokes and silly videos, but there are the times when levity just seems wrong. Who to turn to then to figure that out? I am fortunate to have my family around me of course, but still miss the stir of friends and colleagues. I guess that is why I thought I would go back to my blog, even if tonight I have no answers and little idea of where we’re headed.