Writing in The Observer a couple of weeks ago, Kenan Malik cast a sceptical eye over a report published by the history group at Imperial College that had been asked to reflect on “the current understanding and reception of the College’s legacy and heritage in the context of its present-day mission.” Linking the report’s controversial recommendation that that the Huxley Building be renamed because of Thomas Henry Huxley’s views on race to the recent rebranding of the Facebook parent company, Malik wondered if Imperial’s historical self-examination was more of a PR front than a serious attempt to address race inequalities. 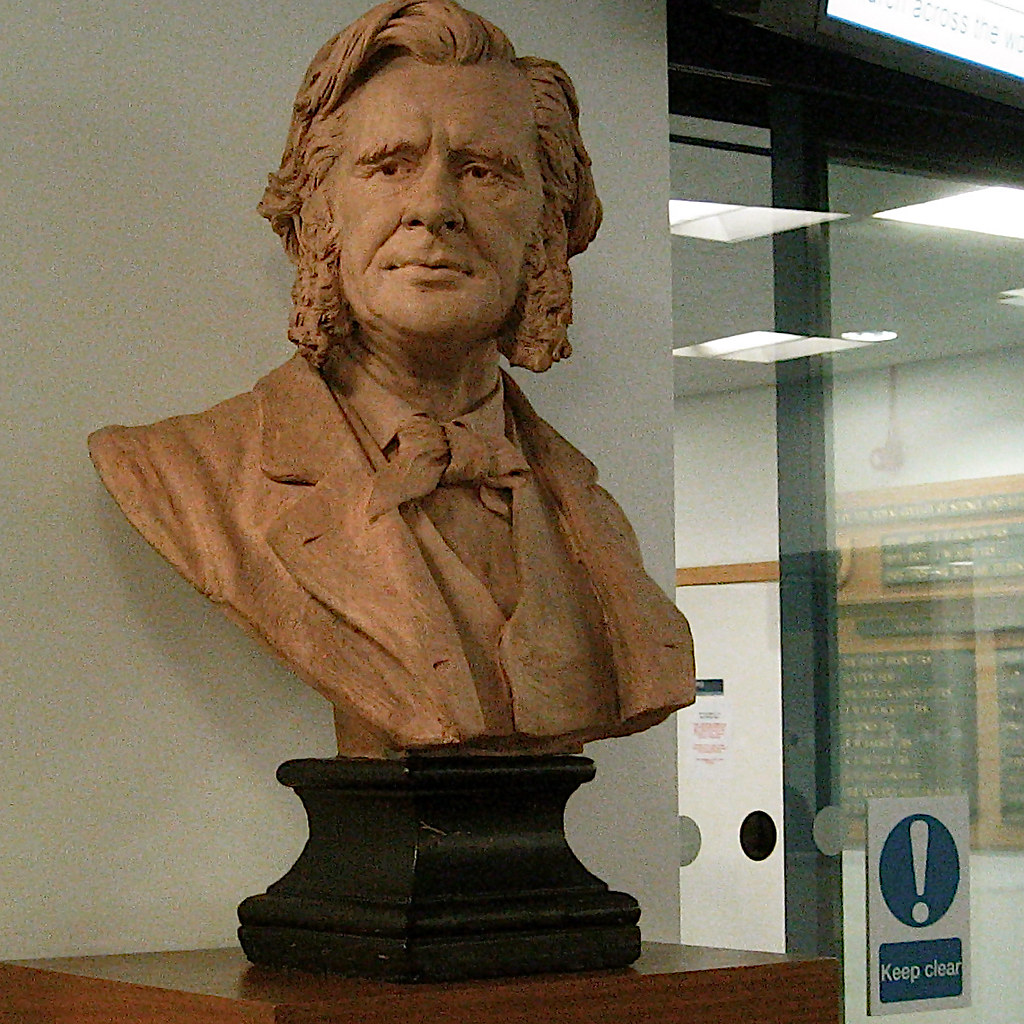 I have long been an admirer of Malik’s newspapers columns and books. His rigorous and thoughtful analyses of the questions thrown up by identity politics are almost unparalleled in the mainstream media and his superb book, The Quest for a Moral Compass, is one that I turn to regularly when thinking about equality. So, it is uncomfortable to find myself somewhat out of alignment with him on the Huxley question.

But I think I can illuminate the gulf between us and venture to suggest that is may not be as wide as it first appears. I should start by declaring my hand: although I am writing here in a personal capacity, I am presently the Assistant Provost for Equality, Diversity and Inclusion at Imperial College and served as an advisor to the history group alongside a diverse range of colleagues and a couple of historians who are external to the university. I have worked at Imperial College for over twenty-five years, several of which were spent in an office in the Huxley building without giving the great man a great deal of thought.

Malik raises important challenges for Imperial in his article. He cites Nancy Fraser’s warning that too often “cultural recognition displaces socio-economic redistribution as the remedy for injustice and the goal of political struggle” and goes on to ask “in what way would removing Huxley’s bust and renaming the hall improve the lives of minority students at Imperial College?”

That’s a fair question. The answer comes in part from Fraser herself. Addressing her own warning, she writes: “we should see ourselves as presented with a new intellectual and practical task: that of developing a critical theory of recognition, one which identifies and defends only those versions of the cultural politics of difference that can be coherently combined with the social politics of equality.” In essence, if I have understood correctly, Fraser is arguing that the cultural and practical impacts of inequality must be addressed together and this is the approach that, in my view, Imperial is striving to achieve. Malik has overlooked the fact that the history group report is part of a broader effort at the university to identify and dismantle barriers to race equality. This includes ambitious targets to address the under-representation of Black undergraduate students at Imperial, which is supported by substantial financial investment, and serious commitments to a slew of practical and cultural actions in support for ethnic minority staff and students (e.g. on recruitment, career progression, curriculum development) that have been developed using the Race Equality Charter (REC) framework.

The REC action plan has been worked up through lengthy and wide-ranging discussions with our community and the leadership team. These will now continue as staff, students and alumni enter into a period of dialogue on the recommendations of the history report, which will inform the College’s final decision. Together these strands of work have given the university a clearer view than ever before of the race inequalities that persist at Imperial, but it has also helped to raise awareness of the issues of race and racism right across the organisation. Ultimately, the university should be judged on the success of the actions taken to build a truly inclusive environment for staff and students.

For now, much of the discussion remains centred on Huxley, whose case raises the thorny matter of how figures from the past should be judged by modern standards. Malik rightly highlights Huxley’s scientific standing and his progressivism on many issues: he was a proponent of women’s education and avowedly anti-slavery. He revelled in taunting the white supremacists of his day even if he clearly believed in their racial superiority: “no rational man, cognisant of the facts, believes that the average negro is the equal, still less the superior, of the average white man. […] The highest places in the hierarchy of civilisation will assuredly not be within the reach of our dusky cousins.”

In Malik’s view, the recommendation to rename the Huxley building because such views “fall far short of Imperial’s modern values” is to damn Huxley “primarily as a racist”, “to warp both the past and the present” and to “abandon historical evaluation for a crude mode of moral judgement.” Respectfully, I would like to challenge that assessment.

To remove a name from a building is not to damn someone. We will remember Huxley; he is an inextricable and ineradicable part of our history. It’s just that his part in our history is more complex and has troubling resonances with members of our minority communities than we had previously appreciated – and I think we must address that. For what it’s worth, I would favour keeping the bust of Huxley within the building but in a glass case as part of a display that discusses his history and a narrative accompanying the renamed building, should that be what the College eventually decides to do.

I agree with Malik on all the difficulties that attend the evaluation of figures from history by today’s standards. But we should not discount the power of their reach into the present. Huxley is a figure I have long admired – I have even described him in a public lecture as one of my scientific heroes. I came across his views on race years ago when I read Adrian Desmond’s magnificent biography, but what strikes me now, after listening to Black colleagues and students talking about how Imperial’s honouring of Huxley impacts their sense of belonging to the university, is how little I was struck by them at the time. My Black colleagues’ views on history are inflected with the power of experience and need to be heard. As one put it pithily in questioning the argument that Huxley’s views on race cannot be judged by 21st Century standards because they were commonplace in Victorian Britain, “it does not mean they were correct (and they were certainly never correct in the minds of those who suffered because of them at the time)”.  For white men like myself and for institutions like Imperial, an honest confrontation with history must entail a letting go of power, a greater responsiveness to the legacies of European racism, and a willingness to tackle its enduring cultural and economic effects.

The aim of the university must be to present a more complete picture of its history to everyone in our community. The controversy over the proposal to rename the building has had the happy effect – thanks in part to Kenan Malik – of raising the matter for discussion in the public domain and drawing attention to aspects of Huxley’s history that have been overlooked. But no one is being cancelled here, however difficult the ongoing process of grappling with the past. Our conversation with history has sprung to new, argumentative life and this is exactly the sort of free and critical enquiry that universities were created for.

This entry was posted in History of Science. Bookmark the permalink.

3 Responses to The Huxley Question