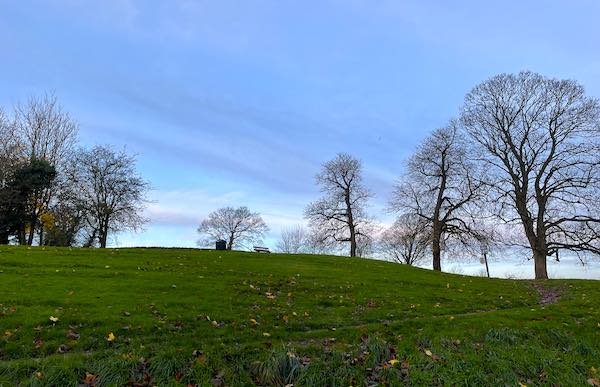 A number of months have slipped past since I last wrote here, two seasons under the bridge as my ramped-up academic life has consumed most of my free time. Then, it was the height of optimistic summer; now, the year trundles toward its endgame, short days of chill air and bright sunshine, followed by long nights under an icy-sharp moon. And all of it has been overseen by the ongoing pandemic, waxing and waning in neatly printed daily oscillations on infographic charts, lulling us into a sense of false vaccinated security over the warm months and now, poised to rain down on us all like poison from the heavens, blind and unrelenting.

“We can’t cope with another year like this,” the journalist Janice Turner lamented in yesterday’s Times, chafing against further restrictions. But the virus neither knows nor cares what we think: it simply gets on with the job: surviving long enough to reproduce, just like everything else on our planet that harbours greedy genetic information. It was the same in the lightning-struck, acrid primordial soup of 3.6 billion years past as it is today. We, the alpha species, can send people into space, but we can’t (yet) fight evolution.

And maybe it’s not us who are the alpha species after all; perhaps it is the microbes who inhabited this world billions of years before we swaggered onto the scene. Behold the mighty, big-brained humans with their smartphones and over-engineered cars, felled like harvest grain by a microscopic entity with only a dozen genes. When the host species conveniently failed to care enough to vaccinate the entire world effectively, the virus did what all the scientists predicted: it exploited pockets of neglect to mutate into the magic combination that now appears can evade even fully vaccinated people’s immunity. It turns out that sometimes doom and gloom scaremongering is not just a recreational pastime, a performance piece by ‘experts’ designed to ‘curtail our liberties’ – it is simply speaking the truth. And now we are almost back to square one in developed nations (and even worse off everywhere else).

Living through history is difficult: sometimes I can see the forest, and other times it’s all trees. On days that I don’t commute into the lab, I take the long way home after dropping off my son at school, trudging up to the top of Windmill Hill with its spectacular view of the Estuary Thames as it winds past the Port of London Authority, flanked by Tilbury Docks. Great seagoing vessels pause there awhile on their journeys, dwarfing the warehouses, rooftops and church spires while themselves dwarfed by the giant wind turbines dotting this serpentine zone of grey industrialisation. The morning skies have been streaked with lilac and coral, setting off the skeletal reticulated silhouettes of the horse chestnut trees. With breath fogging and fingers numb inside gloves, frosted grass crunching underfoot, the raw air reminds me of the fact that I am alive, that neither me nor my family has been rendered seriously ill, that I still have a job and plenty of money to live comfortably.

I think how the pandemic has reshaped some of the patterns of my life. In the Before Times I would never have dared to spare fifteen minutes out of my busy morning to clear my head and remind myself that there is a world outside of my work. I wouldn’t be so in shape if lockdown hadn’t encouraged me to get more serious about keeping fit, a habit that I now carve out time to maintain. And I’m eating healthier food, and trying to spend more time with my family, and I live in an almost perpetual state of thankfulness for all that I have.

Leading an undergraduate intercalated BSc course and revamping it almost from scratch has been challenging and rewarding, but it killed my summer and turned my autumn into a blur of stressful deadlines, one after the other in a relentless assault. Yet because of my enhanced pandemic perspective, all I can be is grateful. This will pass, and Britain may lock down once again, but Christmas will come and my family will be together.

This weekend, we bought a Danish fir tree and have taken down all the old boxes from the loft – more tape than cardboard by now and lined with newspapers bearing decades-old headlines (in both English and Dutch) – containing the precious family ornaments and relics. These, and the annual rituals, give us continuity, binding together our history with that of our families past. Richard ferments the eggnog and makes homemade mince pies and sausage rolls; Joshua and I bake the julpepparkakor and play four-handed carol duets on the piano. I fashion wreathes from fir offcuts and sprigs of holly and ivy from the garden, and bring out the narcissus bulbs I’ve been forcing in the garage. We light candles against the darkness and hope for better days – but the days we have together already are almost too good to be true.

1 Response to In which pandemic storm clouds gather – again