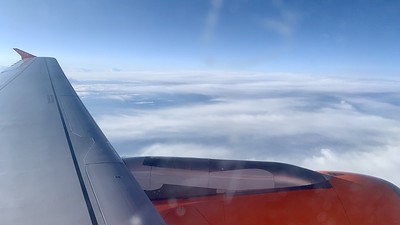 This week’s election has come and gone and delivered a result that leaves the country in a deeply worrisome state. The Conservative victory was built on simplistic sloganeering, evasion of hard questioning and the scattering of misleading claims across social media. It’s a strategy that can win elections but which, if a divided and mis-managed opposition can get its act together, will unravel as soon as reality bites.

There will surely be a heavy reckoning, but it may take longer than many of us might hope for the hard hand of consequence to be felt. In the meantime, the Conservative manifesto and Johnson’s autocratic instincts present clear and present dangers to core national institutions such as parliament, the judiciary and the BBC and Channel 4.

Prime Minister Johnson may have warm words now about the need to “let the healing begin” but this is a man whose defining feature is a lack of care for the truth. There is no point in listening to what he says. His government must be judged solely on its actions. Perhaps, perhaps (why is hope so slow to die?) because of the surprising Conservative victories in traditional Labour strongholds in Wales and the north of England, he means what he says about investing in the NHS? My hard head resists. So let us keep count of the number of nurses and the actual levels of investment.

As far as science is concerned, there may be a promise to double the R&D budget, but let us keep watch on what really happens. Science is Vital may have hung up its boots, but I hope CaSE will continue to keep government R&D policy under the microscope.

Johnson’s determination to wrench the UK out of the EU, on a timetable that no-one who understands international trade relationships thinks credible, will surely damage our participation in multilateral funding schemes that are the envy of the world. The groundwork for that was laid by the blinkered and venal anti-internationalism of Theresa May’s tenure; the Daily Mail might have crowed, but our foreign colleagues were left scratching their heads at Britain’s loss of contact with the realpolitik beyond our shores. Johnson might be cut from more liberal cloth but we can take little solace from his advisor Dominic Cummings’ professions of interest in research. For all the words that he has expended in his blog posts on the topic, Cummings has yet to steer his boss to a plan for R&D investment that makes scientific sense; or one that attempts to bridge the divides exposed by Brexit between those who are comfortable with Britain’s place in Europe and those who are not.

It is all so horribly depressing – government by mendacity and an opposition in disarray. But we cannot afford to lose hope. Life must stumble on and somehow we must find a way to reconnect politics with integrity and with what’s real.

In the meantime, at the personal level, life cannot help but stumble on. Sometimes it stumbles to a halt. To the dreadful election results of last week I have to add news of the death of my sister-in-law’s father – a kinder Englishman you could not wish to meet – and the passing of the father of a good friend in France. The first was expected and feared, the second a saddening shock. And then today I visited my own parents – ailing, confused and upset. The candle gutters; theirs has been a hard year. I look at them, once so strong, and fear selfishly for my own future. 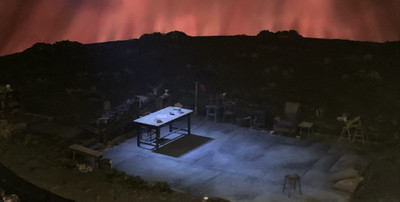 The week was leavened by my birthday, celebrated with our grown-up children at a production of Brian Friel’s Translations which, though a tad disappointing on some technicalities of the staging, still had the power to stir this Irish heart.

So I’m not done yet. While I still have my wits about me, I can hope for a better future and keep on trying to do something about it.

This entry was posted in Science, Science & Politics, Scientific Life. Bookmark the permalink.

1 Response to Time for reflection