A (Very) Short History of Life on Earth: 4.6 Billion Years in 12 Pithy Chapters. Out now from Picador  (UK/Commonwealth) and St Martin’s Press (US/Canada).

For a review copy email here.

‘With authority, humor, and detail, Gee, a paleontologist and senior editor of Nature, traces the progression of life on earth from its initial stirrings…readers will find this eye-opening book compelling for years to come.’

‘This history of life on Earth exhilaratingly whizzes through billions of years…Gee is a marvelously engaging writer, juggling humor, precision, polemic and poetry to enrich his impossibly telescoped account… To weave such interconnected wonders into a book the size of a modest novel is essentially an exercise in precis and a bravura demonstration of the editor’s art… Gee’s final masterstroke as editor is to make human sense, and real tragedy, from his unwieldy story’s glaring spoiler: that life dies at the end.

‘Once upon a time…’ The opening words of Henry Gee’s new book give notice that what follows will be a story – and a dazzling, beguiling story it is, told at an exhilarating pace.’
—Literary Review

‘Gee (The Accidental Species), a paleontologist and senior editor at the science journal Nature, finds beauty in adversity in this eloquent account of how life evolved on Earth. … Action-packed and full of facts, this well-told tale will delight lay readers.’
— Publishers Weekly

‘Gee has a remarkable ability to describe how species and their environment have shaped one another. Throughout life’s perilous journey, extinction and evolution swing in perfect rhythm. Gee neatly portrays this dance in a way that dissolves life’s mind-boggling complexity into something digestible for everyone.’
— Geographical

The Accidental Species: Misunderstandings of Human Evolution. Published by the University of Chicago Press. Also published in Italian, from Il Mulino

‘Henry Gee, paleontology editor at Nature, confronts two commonly held views of evolution and effectively demolishes both, persuasively arguing that evolution doesn’t work the way most people believe it does and that the entire concept of ‘human exceptionalism’ (the idea that humans are fundamentally superior to other animals due to ‘language, technology, or consciousness’) is erroneous. . . . He buttresses these points with an impressive and accessible overview of the pattern of human evolution, showing just how little we actually know and arguing that different evolutionary stories could likely fit the extant data.’ — Publishers Weekly (starred review)

‘If you only read one book on evolution this year, make it this one. You will be dethroned. But you won’t be disappointed.’ — Geoscientist

‘The Accidental Species is an excellent guide to our current knowledge of how we got where we are. . . . Highly recommended.’ — BBC Focus

‘Gee sets out vehemently to dispute our common tendency to see ourselves as the pinnacle of creation, the bold, brilliant branch that is the final growth of the evolutionary tree of life. . . . a thought-provoking and challenging book.’ — Library Journal

‘With a delightfully irascible sense of humor, Henry Gee reflects on our origin and all the misunderstanding that we impose on it. The Accidental Species is an excellent primer on how—and how not—to think about human evolution.’ — Carl Zimmer

‘The Accidental Species is at once an eminently readable and important book. For almost three decades Henry Gee, senior editor at Nature, has helped bring some of the most important discoveries in paleontology to the scientific community and the public at large. Employing years of experience, sharp wit, and great erudition, Gee reveals how most of our popular conceptions of evolution are wrong. Gee delights in shedding us of our assumptions to reveal how science has the power to inform, enlighten, and ultimately surprise.’ — Neil Shubin

‘Quite simply, the best book ever written about the fossil record and humankind’s place in evolution.’ — John Gribbin

‘You may think there was nothing more to say about evolution, but The Accidental Species proves that there is—and wonderful stuff it is.’ — Brian Clegg

‘Gee is a paleontologist, an evolutionary biologist and a senior editor at the journal Nature. He is also a blues musician and a major Tolkien fan — a set of quirky characteristics that may help explain the combination of science and humor that pervades The Accidental Species. It is Gee’s contention that scientists have been completely wrong in seeing humans as the apex of evolution. He denies that we developed big brains, the ability to use tools and all the rest through some kind of progression toward superiority. It was a lot more random, he says: We just kind of turned out this way. He illustrates his premise with detailed analysis and a mocking tone.’ — Washington Post

‘Gee’s big beef in The Accidental Species is with a common and popular narrative in which the evolution of man is a steadily unrolling tale of progress. Think of the classic image of a knuckle-dragging, ape-like creature giving way to a hunched, primitive man who in the following frames becomes taller and bolder until finally he looks like a Premier League football player minus the shorts. The truth, Gee argues . . . is much more complex and surprising.’ — Daily Telegraph

Across The Bridge: Understanding the Origin of the Vertebrates. Published by the University of Chicago Press.

‘Across the Bridge is a deft and well-argued distillation of how advances have shifted the field to the point of dispatching some of the most influential and elegant classical hypotheses, and it is a bold attempt at developing a new synthesis. It thereby deepens understanding of our own evolutionary origins.’– Chris Lowe

‘An excellent addition, complementing Gee’s earlier book Before the Backbone, which provided a historical perspective on ideas surrounding vertebrate origins. Gee addresses an important topic for biologists and zoologists about vertebrates’ place in the ‘grand scheme.’ We are familiar with vertebrates, or think that we are. However, Gee shows beautifully, as a group we are just as strange in many ways as other groups appear to us. Across the Bridge takes on a very esoteric subject and is genuinely witty and charming. The book really is magnificent.’ — Neil J. Gostling

‘…this is a scientific argument that proposes a particular scenario for vertebrate origins. [Gee] presents a data-filled narrative that takes advantage of the substantial advances made during the past two decades in molecular phylogenetics, evolutionary developmental biology, and paleontology. These new data provide surprising insights.’ — Quarterly Review of Biology

‘Across the Bridge is a wonderfully readable overview of how we vertebrates relate to our closest invertebrate cousins.’ — The Inquisitive Biologist

The Science of Middle-earth. Published by Reanimus. Also available in German.

‘The most unexpectedly Tolkienian book about Tolkien that I have ever come across.’ — Tom Shippey

‘How did Frodo’s mithril coat ward off the fatal blow of an orc? How was Legolas able to count the number of riders crossing the plains of Rohan from five leagues away? Could Balrogs fly? Gee, a senior editor at Nature (who says he read The Lord of the Rings about once a year between the ages of 10 and 25), elucidates and expands on the scientific aspects of J.R.R. Tolkien’s world in this fascinating book. Many commentators have noted Tolkien’s use of philology and cultural history to create believable languages for his elves and orcs. Now Gee shows how scientific precepts can make the wonders of Middle-earth even richer.’ — Scientific American

Jacob’s Ladder: The History of the Human Genome. Published by Norton and Fourth Estate: Also available in Italian and Spanish 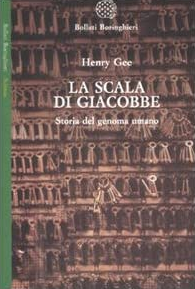 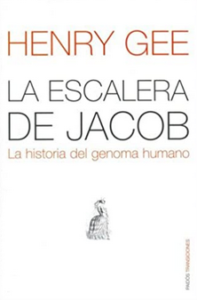 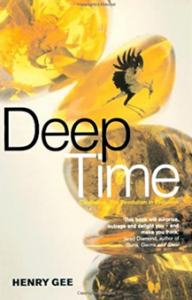 Deep Time: Cladistics, the Revolution in Evolution. Also published as In Search of Deep Time, and available in Italian.

‘This book will surprise, outrage and delight you – and make you think.’ – Jared Diamond

‘Gee takes the reader inside contemporary palaeontology, from the excitement of a fossil dig with Mexve Leakey to the thousands of carefully stored and catalogued specimens at the Natural History Museum.’ — New Scientist

‘As Gee’s brilliant analysis shows, viewed afresh, evolution proves a more interesting and exciting – if more complex – story than we ever thought’ — Scotsman 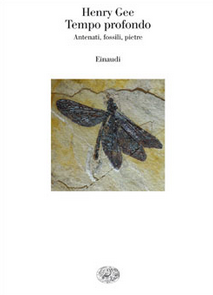 ’ A classic piece of reportage… Gee deserve high praise for these stimulating additions to the popular science canon.’ — Independent

’Henry Gee’s fascinating book explains how a relatively new method of classifying life revolutionises our picture of the world… In the process of setting out his argument Gee gives us a fascinating introduction to Palaeontological biology.’ — Literary Review

’In Deep Time, Henry Gee eloquently and entertainingly explains exactly why this revolution in evolution is both interesting and important to our understanding of the past.’ — Herald