In which business is not quite as usual: the post-first-wave lab resumes 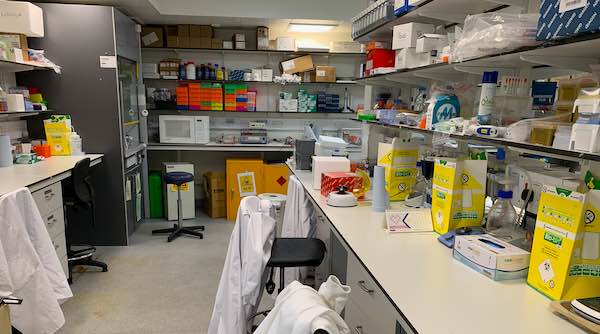 Suspended animation: the lab awaits the return of its researchers

Business as usual is the sort of mentality that’s probably only certain in retrospect. At the moment, the jury is still very much out.

My lab reopened its doors a few weeks ago. This is, of course, a wonderful thing. After four long months at home, everyone was going a little stir crazy analysing data, writing papers, planning experiments and reading the scientific literature.

But I cannot say that we have “resumed” properly. Not at all. The team are still getting to grips with booked hot-bench spaces to maintain low occupancy, working in enhanced PPE, and braving crowded public transport to get to and from work. It’s stressful and disruptive, and the joys of lab work are blunted by the need to wear a mask at the bench, a constant reminder about the invisible menace around us. As lab heads have been asked to maintain working from home wherever possible, I have the added burden of guilt that my team members are facing dangers that I am not sharing. I work incredibly hard each day, preparing for the new teaching term, writing grants and papers, supervising the researchers via video calls and tending to collaborations, but I feel somehow, at the same time, that I am cheating.

How long will this go on? Many places may be reopening, but I fear we are far from out of the woods. Hotspots flare up all over the world, both in virgin territory and in countries whose first curves were long since flattened. The case numbers in the UK have been creeping up over the past month or so. Although hospitalizations and deaths have not yet followed suit, there is increasing awareness of a significant but uncounted middle-ground of severe, long-term illness amongst younger people. Add that to the really unknown long-term effects of those hospitalised people who ostensibly “recovered”, and the true direct toll of the pandemic is likely to be much higher than the minimum binary stats – dead or alive – would have us believe.

Of biggest concern is what will happen when winter descends upon us. Will its lower temperatures
fan a simmering virus reservoir into flames, mingling with seasonal influenza virus in an especially toxic mixture? I feel that we are in the eye of a storm right now, and that the lab time my researchers have now is borrowed, a golden few months of opportunity before another surge. I very much hope to be wrong about this, but as one of my colleagues remarked yesterday, you can hear a very loud clock ticking. This sense of urgency has infected the researchers in my team, as they pile on extra experiments in a bid to have enough to analyse and write up during the next potential lockdown.

In academia, the fear is palpable. Not about the virus: we scientists understand well the risks and have the ability to balance those fears appropriately. But what we fear is what will become of us: our careers and livelihoods. In this we are no different than most other folk; the pandemic has tipped the world into economic chaos from which it may take years to recover. But academia already had an inbuilt insecurity that the current circumstances will only enhance. Many of us will be forced to leave and compete for an ever-diminishing pool of jobs outside research. Many of us will be at the best, disappointed, and at the worst, unemployed. It remains to be seen how resilient the higher education sector will be. None of us has the slightest idea what to expect. 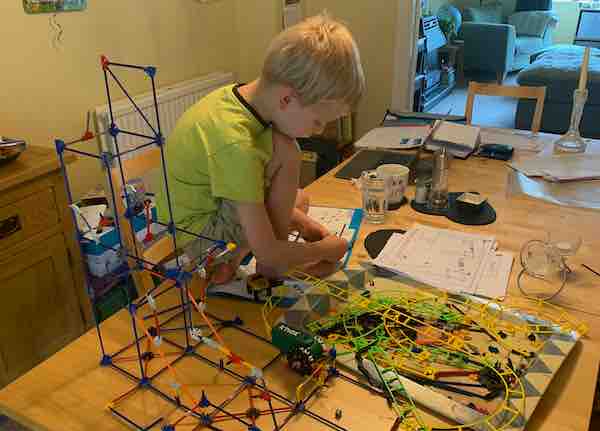 My office mate, clearly having more fun than I am

So as a long, hot summer dwindles into rains, shorter days and the end of one of the most momentous years on record, I work at my dining room tables, keep an eye on my son and, when time allows, tend to our garden. It’s that time of ridiculous bounty where we struggle to deal with the glut of fruit and vegetables: figs, apples, pears, plums, cucumbers and blackberries pile up in the fridge, and we cook with our own beans, chillis, courgettes, chard, beets, carrots, celery, zucchini flowers, onions and potatoes. Fat pumpkins, aubergines and sweetcorn ripen, and parsnips, cabbage, Brussels and broccoli await the frosts. Soon Richard will be harvesting grapes, hops and apples for wine, beer and cider. There is a comfort to the predictability of these seasonal harvest cycles, and this year I feel even more connected because it’s an environment I seldom leave. The garden is my anchor, keeping me tethered in a strange see with an uncertain forecast. Even if this is only an illusion, I’ll take it. 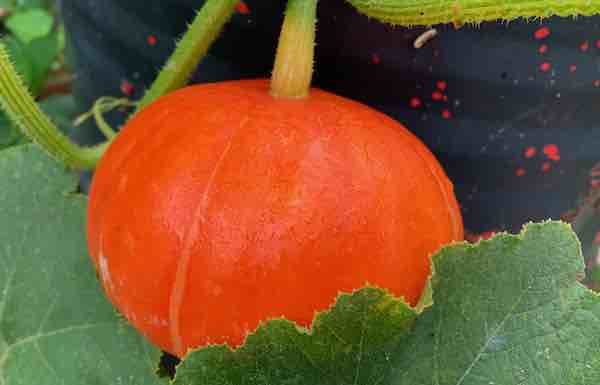