Things have come to a pretty pass when the UK can turn out Prime Ministers more frequently that I post to my blog. It might be taken as a sign of the times if the times weren’t so damned confusing. 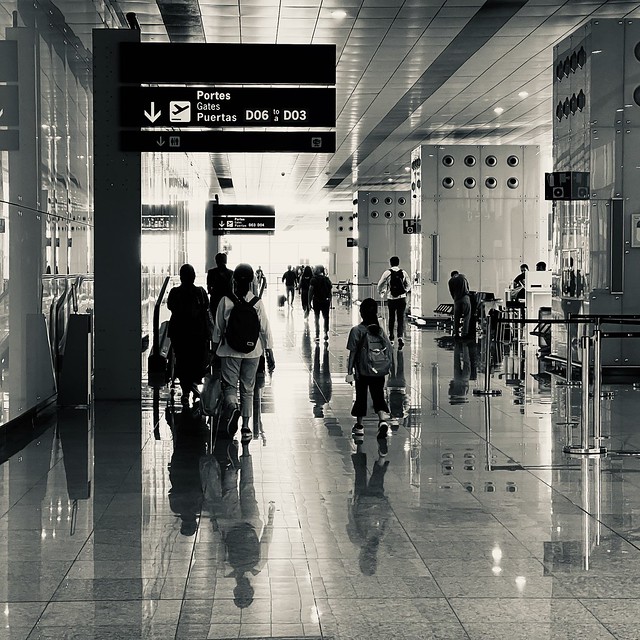 Whatever. The itch to keep writing is still there, even if it remains distracted by the demands of work. But those are lessening because I have shed my teaching responsibilities for the year and moved to a part-time contract working four days a week. I am lucky to be able to do so.

I suspect it may be one of the best decisions I’ve made in a very long time. I’m only three weeks into the new regime but am already feeling the benefit of having a long weekend every weekend. Work – including some of my extra-curricular commitments (such as DORA and my involvement in revisiting the Metric Tide) – might still intrude on the weekend, but so far only rarely on Fridays and it now feels more like a conscious, controlled choice. Let’s see if I can stick to the programme.

Anyway, to business. This week I have given three talks on three different but interlinked areas that have consumed my attention over the past decade or more. We are in the midst of open access week and on Monday I was able to participate online in a panel organised by Aberdeen University to discuss the latest moves towards open science. I confess I have not kept as well abreast of developments as I used to – I have still to catch up with all the hoo-haa over eLife’s recent shift in publication practice (though it strikes me immediately as a bold and worthy experiment) – but I have a strong sense that the centre of gravity is shifting in this debate: openness is clearly the way to go, even if the pathway is tangled by the commercial interests of some publishers and unresolved issues of research assessment in the academic community.

Research assessment, or more particularly the reform of research assessment, was the subject of an invitation-only roundtable run by Science Business on Tuesday morning. I think this was in Brussels but I’m not sure; I was an online participant. I’m not at liberty to divulge details but was struck by the divergence of opinion and the imprecision of language. Some talked about the need for ‘objective’ metrics or for ‘concrete’ metrics systems without pausing to analyse how such objectivity or concreteness is achieved in a system that depends critically on individual judgement and social interaction (I have finally got around to reading Ziman’s Real Science). Those of use who wish to see quantitative data about research contributions tensioned and contextualised by qualitative analyses need to make a stronger case.

And finally today I was at the Building Bridges 2022 conference organised by the Academia Europaea, at a session on diversity and inclusion run by the Young Academy of Europe. This was bracketed by intriguing sessions on science policy and on innovation, both social and technological. I hope I gave a good account of the work that we are doing at Imperial to advance EDI (very much unfinished) and was glad to find myself in alignment with my co-panellist, Yvonne Galligan (Professor of Comparative Politics a the Technological University of Dublin), a real expert in this area.

Our discussion was a bit rushed and abbreviated because the previous session on science policy had overrun, but once again I noticed a problematic imprecision in the use of language. Throughout the session, chaired by Robert-Jan Smits (an erstwhile director-general of research and innovation at the European Commission), the need to protect and valorise ‘excellence’ was emphasised. No one is against excellence, right? But during the discussion no one stopped to define what it means. At one point it was implicitly taken to mean performance in the Nature Index, which is a very narrow and contested measure of research output. I’m increasingly of the view that the term needs to be retired, not least because the scholarly critique of excellence has laid bare its weaknesses, deformities and gender biases. What a pity that the scholarly system, with its fixation on metricised performance, has yet to properly absorb this critique.