Chronicles of Pupperino – In Print! 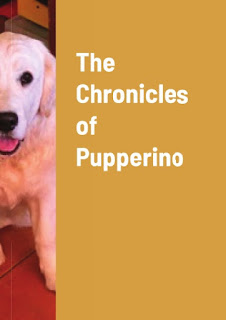 I’ve been posting my Golden Retriever pup’s diary on Facebook for a while. As a result I have been have been deluged with requests for a book version, from, oh, I don’t know, maybe two people.

Well, here it is.

It’s the first six months of the life of Posy the Pupperino (the first four months are documented here). If you want, you can retrieve it [I see what you did there — Ed.] from this print-on-demand-site. The cost is for printing, plus postage and packing. I am making no profit on this.