I am ashamed to say that I have been less than immediately alacritous in announcing a relatively new arrival chez Gee, although she did get a walk-on part in an earlier post. Here it is – 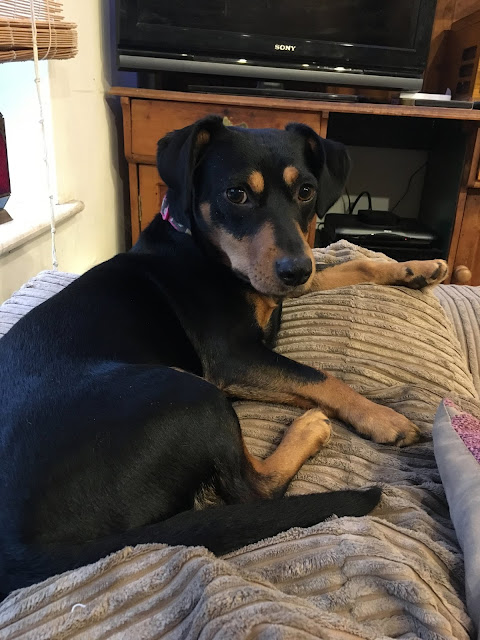 Her name is Lulu. She is nearly 3, and came to us six months ago (!) from friends who were unable to look after her, through pressure of work. She is a cross between a Jack Russell Terrier and a Dachshund (Dachs Russell, anyone?).

As you can imagine this a dynamite combination.

Lulu is loving and loyal. Although rather fierce with other dogs, she is intelligent and eager to learn, and is calming down under the benign influence of Ronnie (now aged 12) …

… and as she came to us when Heidi was still with us, she received some Golden Retriever calmness vibes. When Lulu first arrived, Heidi woke up, gave Lulu a lick, and went back to sleep. Taking all three of them for a walk simultaneously all together and at the same time was, how shall we put it … fun.