It Has Not Escaped Our Notice 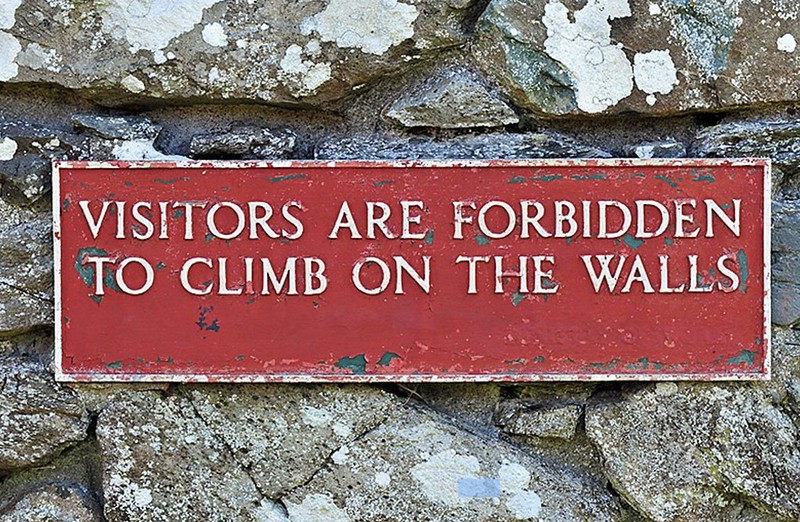 This one contributed by my correspondent Professor Trellis of North Wales and received with thanks. Presumably the injunction does not apply to Residents.

Henry Gee is an author, editor and recovering palaeontologist, who lives in Cromer, Norfolk, England, with his family and numerous pets, inasmuch as which the contents of this blog and any comments therein do not reflect the opinions of anyone but myself, as they don't know where they've been.
View all posts by Henry Gee →
This entry was posted in Silliness and tagged it has not escaped our notice. Bookmark the permalink.