I first came across Lewis Wolpert via his textbook Principles of Development which, to my mind, struck the right balance between seriousness and humour. “Principles of Development” captured the sense of wonder Wolpert feels for his research area, developmental biology. Wolpert is now in his eighties and is Emeritus Professor of Biology as Applied to Medicine at University College London. 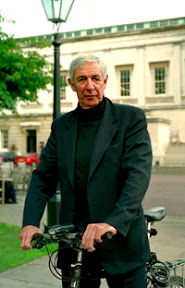 A book on aging might seem an odd choice for a graduate student. This is not the first popular science book by Wolpert I have read. Aside from the aforementioned textbook, How We Live and Why We Die: The Secret Life of Cells is an introduction to cellular biology for a lay audience. I read Malignant Sadness: An Anatomy of Depression and found Wolpert’s analytical perspective on the illness reassuring. When I saw You’re Looking Very Well: The Surprising Nature of Getting Old mentioned in your favourite weekly science journal beginning with N, I was interested to read what Wolpert had to say about a topic familiar to me through my volunteering exploits.

Unsurprisingly giving his age, Wolpert draws on his own experiences in his writing, but this book is far from a memoir. Getting old is approached from diverse perspectives, including religion, fiction, drama, myth and legend. More conventionally, sociological, cultural and even commercial issues are addressed.

Naturally in a book on aging, issues of health and wellbeing are considered at length. Wolpert explores what is known about the biology and genetics of aging and its related diseases. Evolution has a surprising role to play in the aging process, as is discussed. What can be done to address the health and care needs of the elderly as the proportion of the population that is old continues to increase is discussed, but no easy conclusions can be drawn. In common with Heather’s comment on an earlier blog post, Wolpert hopes for a societal shift as life expectancy continues to increase.

“You’re looking…” is written with the characteristic clarity that drew me to Wolpert’s writing when I studied using his textbook. The simplicity of the sentences, even when explaining more complicated topics, could be a useful model for many would-be science writers. This is an easy-to-read book – I read it whilst on my Easter break – but the nature of its subject matter means that it is thought-provoking. That the text is occasionally repetitive – Wolpert stresses that “we are essentially a society of cells” more than once – gives the probably unintentional but nonetheless endearing impression of the book being a story told by a forgetful elderly acquaintance.

Wolpert seems to have found peace in his own advancing years. He confesses that

Most of my time is spent writing books, like this one. I do it lying on my bed with the computer on my lap.

which does sound to me like a retirement to look forward to!

In common with “Malignant Sadness”, Wolpert’s matter-of-fact approach to his subject matter in this book makes the intimidating concept something interesting. Whilst the book is thought-provoking, I finished it feeling more comforted than terrified about what the future could hold for an aging society.

This entry was posted in Fun, Life and tagged book reviews, Elderly, Lewis Wolpert, musings on life and death. Bookmark the permalink.