What I Read In November 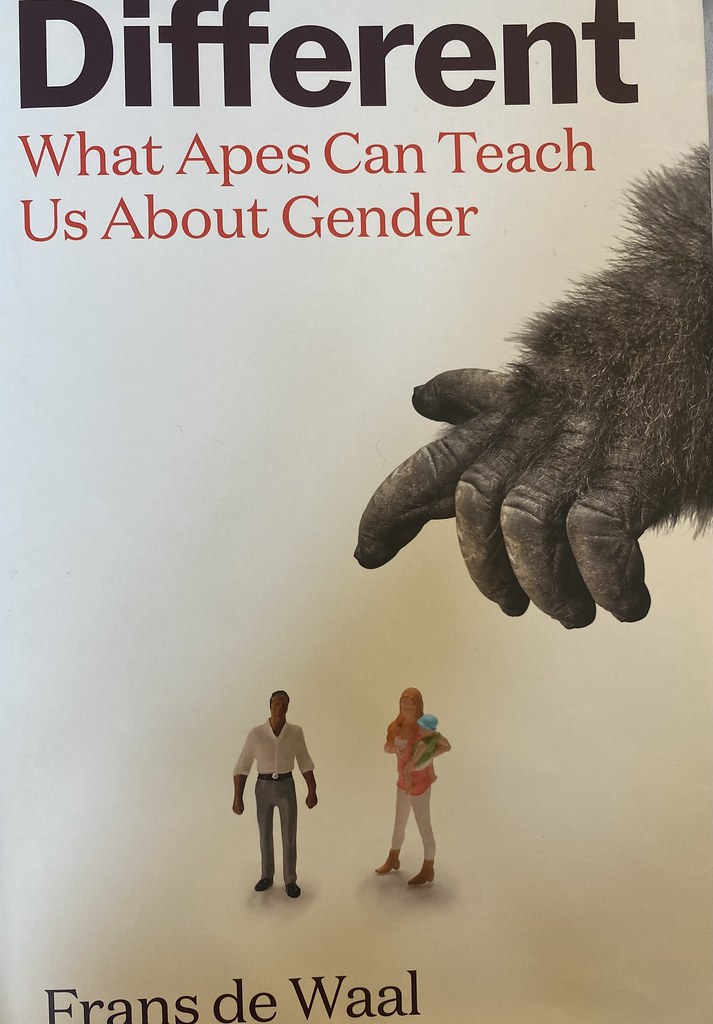 Frans de Waal: Different A salutary and timely corrective to all those engaged in debates about sex and gender that nothing makes sense except in the light of evolution. Humans are animals, and so are our various itches and scratches. The problem, says distinguished primatologist de Waal, is that humans cannot help but put things into binary categories. ‘Sex’ is biological and for reproduction, and ‘gender’ is a cultural overlay. But chimpanzees (the common or perhaps less frequent variety) and bonobos (what used to be called pygmy chimpanzees) are two species, equally closely related to us, neither of which have language, and in whose universe the ideas of sex and reproduction cannot possibly be connected. Chimpanzees are male-dominated (mostly) and violent (sometimes); bonobos are female-dominated and have sex, in various positions, as a way of saying ‘hello’. Because animals have no language, and at the same time no sense that sex and reproduction are connected, there are likewise no simple lines to be drawn between sex for procreation and sex simply as something pleasurable to do, which logically leads to a rather relaxed idea of gender. This should be absolutely required reading for any person in a gender-studies program. The problem is that when they finish it they might realise that they don’t really have a program to go back to, because de Waal has explained everything. And I mean everything. De Waal takes conservatives and progressive attitudes to sex and gender to task with brio, and does so in such a pleasant, well-meaning, enlightened way that no-one could possibly be offended. Could they? Shortlisted for the Royal Society Science Book Prize 2022 (DISCLAIMER: as is one of mine). 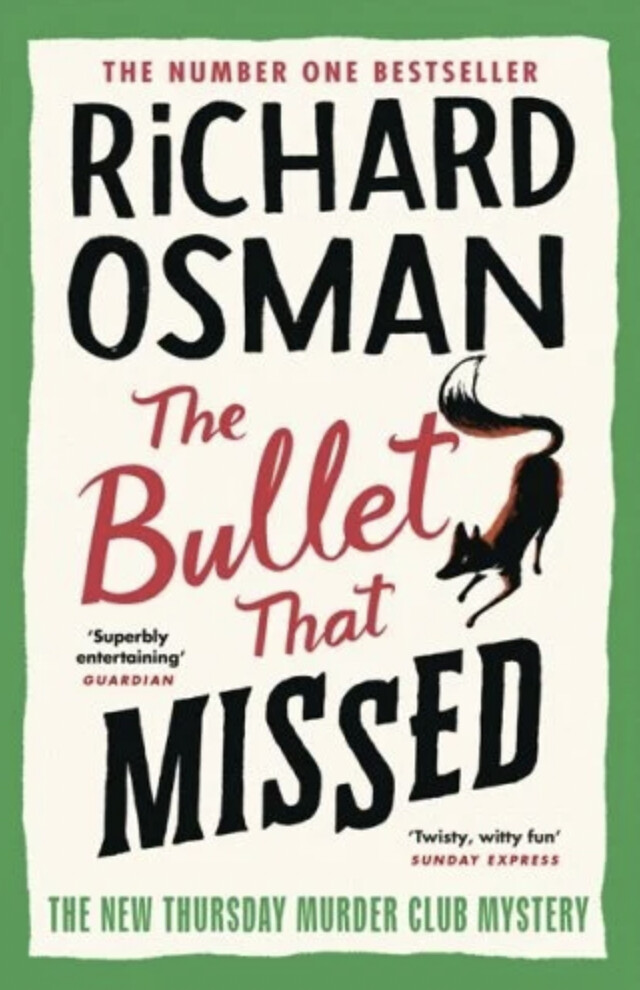 Richard Osman: The Bullet that Missed by way of temporary respite from the Roman Empire I dived into this, the third in the series of whodunits by That Man On The Telly. It follows directly on from The Man Who Died Twice which in turn follows The Thursday Murder Club, and if you haven’t read any of these you are missing out. The Thursday Murder Club is an unlikely quartet of pensioners living in a retirement village that solves murders. They are not afraid to get their hands dirty themselves. Affectionate, warm, and killingly funny, The Bullet That Missed is the best of the three so far in its gloriously slick, twisty and turny way. 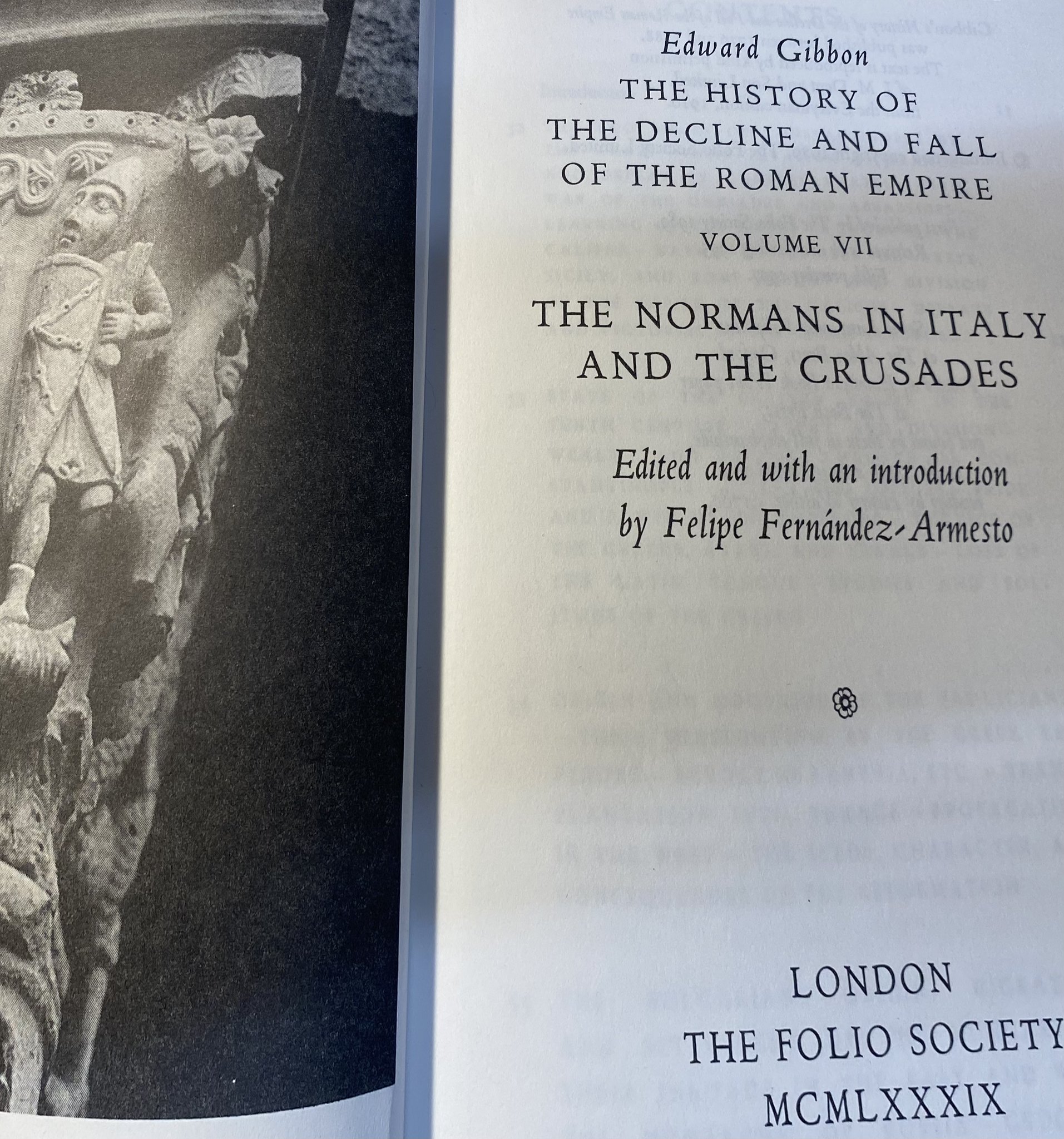 Edward Gibbon: The Decline and Fall of the Roman Empire, vol. 7 (Folio Society Edition) The greatness of Rome has long sunk into obscurity, and the successor, in Constantinople, is going the same way. In this, the penultimate volume, we read how the tide of Islamic expansion reached its highest and began to recede; how new invaders — Normans, Hungarians, Bulgarians — interrupted the course of life in Europe; and, most of all, of the Crusades, a series of events that epitomises heroic failure. Gibbon first wonders at how the seemingly inexorable rise of Islam was finally checked, and concludes that it was the result of its own internal factionalism. Had it stayed together, Islam might have gone much further, a reflection that is the source of one of the most famous quotes from this most quotable of authors:

Perhaps the interpretation of the Koran would now be taught in the schools of Oxford, and her pulpits might demonstrate to a circumcised people the sanctity and truth of the revelation of Mohammed.

Despite numerous assaults, Constantinople hung on by the skin of its teeth: but, asks Gibbon, to what end? ‘In the revolution of ten centuries’, he writes,

not a single discovery was made to exalt the dignity or promote the happiness of mankind. Not a single idea has been added to the speculative systems of antiquity, and a succession of patient disciples became in their turn the dogmatic teachers of the next servile generation.

Where the first legions of the Prophet failed, the Seljuk Turks nearly succeeded, and indeed wrested from the Roman orbit, after a millennium, the Levant, including the holy places. At first, lucrative tourism allowed for pilgrimages to be made, but it entered the mind of one Peter the Hermit, a native of Amiens, that the Holy Land should be reclaimed for Christ. He returned from Jerusalem ‘an accomplished fanatic’, and found many willing ears, as ‘he excelled in the popular madness of the times’ — and so the First Crusade was born. Not that the motives of the crusaders were wholly or even partly honourable. Crusaders were granted relief from all their sins, unleashing a tide of licensed yobbery on the peaceful nations of Europe.

At the voice of their pastor, the robber, the incendiary, the homicide, arose by thousands to redeem their souls by repeating on the infidels the same deeds which they had exercised against their Christian brethren; and the terms of atonement were eagerly embraced by offenders of every rank and denomination.

Although some of the crusaders held on to statelets in Syria and Palestine for a few decades, they were ultimately defeated and the result of a great deal of religious fervour, spilled blood, sack, pillage and rapine was – well, bupkes. The ultimate betrayal was the Fourth Crusade in which the impoverished Byzantine Emperor called on the West to push back the Turks from his beleaguered city, resulting in the conquest of Constantinople itself, and its rule for sixty years by a consortium of petty French barons and Venetian merchant princes.

One might have thought, opines Gibbon, wistfully, that a result of this peculiar episode might have had the benefit of the direct infusion of ancient Greek literature and philosophy into Latin, rather than its circuitous route via Arabic. But the crusades ‘appear to me to have checked rather than forwarded the maturity of Europe’, and

if the ninth and tenth centuries were the times of darkness, the thirteenth and fourteenth were the age of absurdity and fable.

It all amounted to a waste of human capital on so monumental a scale that it makes the shame of it quite meaningless. But perhaps one benefit might have been the beginnings of the loosening of the feudal system. If the flower of European chivalry mortgaged their estates only to kill and pillage and bleed and die for Christ in a far-off country, then

The conflagration which destroyed the tall and barren trees of the forest gave air and scope to the vegetation of the smaller and nutritive plants of the soil. 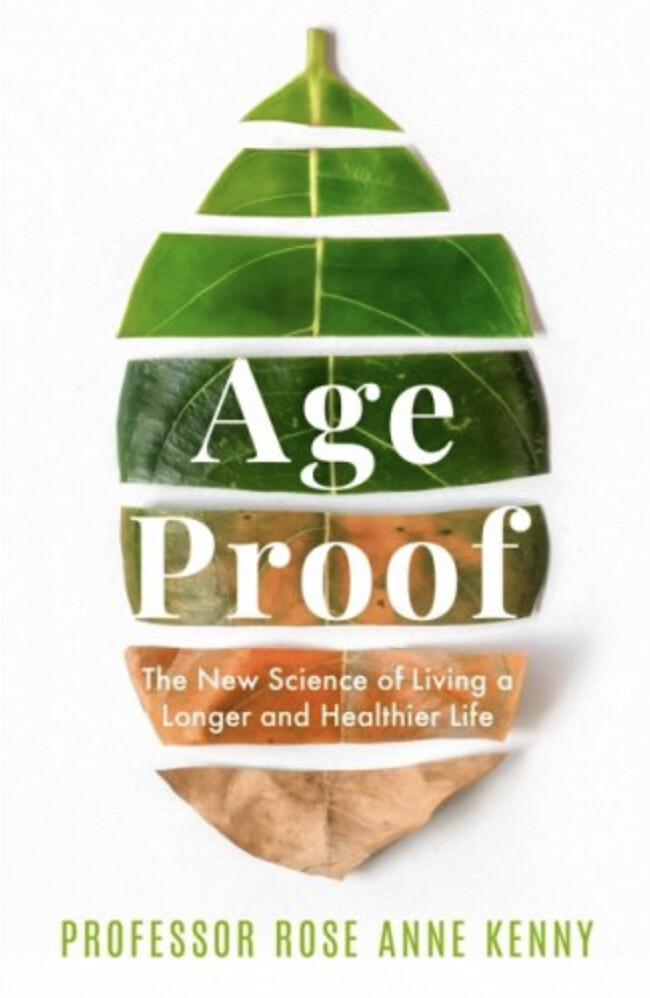 Rose Anne Kenny; Age Proof  The world is greying, and rapidly, and in medicine there is perhaps no greater growth area than gerontology – the medical issues facing older people. But as gerontologist Kenny shows in this book, you are as old as you feel, and there are myriad ways to keep youthful, cheerful and in the peak of fun and brio. In truth, this is not really what I was expecting from a science book. Although it does contain a lot of science, it reads much more as a self-help manual. There is no real narrative arc, and one could probably benefit by treating it as one of those old-fashioned health encyclopaedias you’d dip into to discover this and that. It could have been fleshed out with a lot more anecdotes, such as the one about the woman whose heart stopped whenever her son-in-law told her a dirty joke (which reminded me, if not the author, of the famous Monty Python sketch about the joke that’s so funny that people hearing it died laughing). It would also have benefited from a more scrupulous edit, and — call me grumpy — a lot fewer exclamation marks! (Here are a few more!!!) Shortlisted for the Royal Society Science Book Prize 2022 (a contest in which I also have a canine). 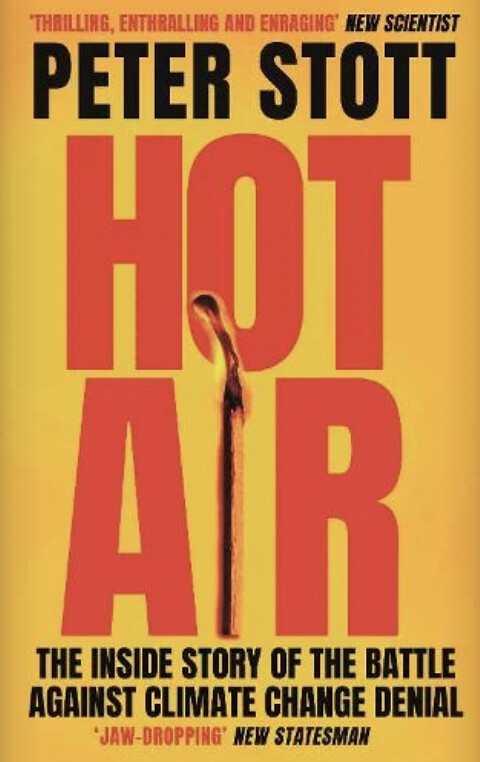 Peter Stott: Hot Air If ever there was a book too make you think, this is it. But beware – it will also make you angry. Angry at the wicked, selfish, and, it has to be said, evil people and institutions that seek to undermine, traduce, vilify and even criminalise the pursuit of science, for political ends, and in the service of powerful vested interests. Peter Stott comes across as the typical mild-mannered scientist who, in the early 1990s, found himself on the ground floor of the emerging science of climate change. As a scientist at the UK Meteorological Office, he has been at the sharp end of the research that shows, increasingly, and now unquestionably, that the world’s climate is changing, very rapidly, as a direct consequence of human activities. But he has also been at the sharp end of well-funded efforts to undermine the credibility of the science and the scientists themselves, aided at times by cackhanded and ill-informed news editors who wheel out long-discredited climate-change ‘sceptics’ for the sake of what they call ‘balance’. Thankfully the balance has shifted, for now, to embrace the reality of anthropogenic climate change – but for how long? Jair Bolsonaro was bested in Brazil by only a whisker, and if Trump succeeds in becoming US President again, the world might once again switch to the dark side. Shortlisted for the Royal Society Science Book Prize of 2022 (and, as you know by now, I also have a dog in that fight).

Henry Gee is an author, editor and recovering palaeontologist, who lives in Cromer, Norfolk, England, with his family and numerous pets, inasmuch as which the contents of this blog and any comments therein do not reflect the opinions of anyone but myself, as they don't know where they've been.
View all posts by Henry Gee →
This entry was posted in Writing & Reading and tagged climate change denial, crusades, edward gibbon, frans de waal, gender, gender studies, gerontology, monty python world's funniest joke, Peter Stott, Richard Osman, rose Anne Kenny, royal society science book prize, sex, The Thursday Murder Club. Bookmark the permalink.