A few weeks ago I blogged about my new Schlenk Line and now there is a new addition to the lab.

My newest piece of BIG kit arrived Monday (unannounced). After a few weeks of tender, at most Universities if you buy anything over £25,000 you have to get bids, the lowest wins (well most of the time), after 18 weeks of ordering (waiting) she arrived! Straight from Munich – well ok really Garching, which is north of Munich.

After being torn back down my lovely glove box was driven to a port (Hamburg) and fastened in the most substaintial shipping crate I have ever seen. She made a smooth journey across the channel – which I know because of these nice tilt sensors:

This is different than the Statue of Liberty who was almost lost at sea and well if I am really honest a Glove Box isn’t as monumental as a statue dedicated to a people who aspire to liberty ( at least in principle).

Here is another (front) view: 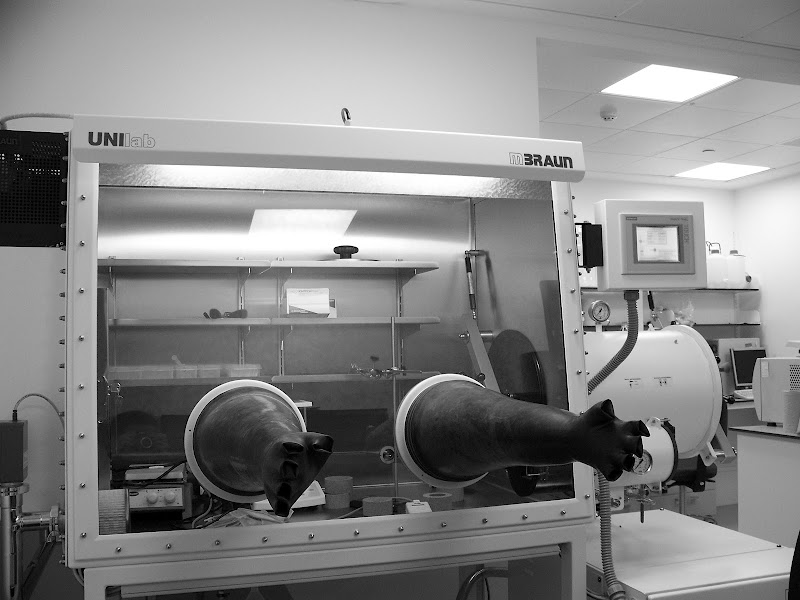 I think I am going to name my box Lady Liberty, but that might be a bit ostentatious…

Girl, Interrupting aka Dr. Sylvia McLain used to be an academic, but now is trying to figure out what's next. She is also a proto-science writer, armchair philosopher, amateur plumber and wanna-be film-critic. You can follow her on Twitter @DrSylviaMcLain and Instagram @sylviaellenmclain
View all posts by Sylvia McLain →
This entry was posted in science equipment and tagged Glove box, MBraun, Statue of Liberty. Bookmark the permalink.