Evidence-based policy, this phrase gets bandied about so often, but it is not always clear how it is meant to be applied. Notwithstanding the desire to have scientific evidence inform things that are actually scientifically based, such as better practices in the NHS – it is often far from clear how evidence can be used in policy. What evidence is actually applicable? Often the evidence can point to many conclusions, especially those which look ahead to the future, where many factors are well beyond anyone’s control – no matter how assured the predictions based on past evidence.

This year I was selected to be one of the participant’s in the Royal Society’s Week in Westminster pairing scheme, where scientists are paired with either MPs or Civil servants. (It was great – I highly recommend it to
anyone in science who has even the vaguest interest in how the UK government works). What I was particularly struck by is how people who work in government must balance the needs of many with heaps and heaps of evidence in order to make a decision. The *right* decision or the most *right* decision for the needs of the many. This after all (idealistically) is the job of the government to balance the disparate needs of many and not just those with the loudest voices. 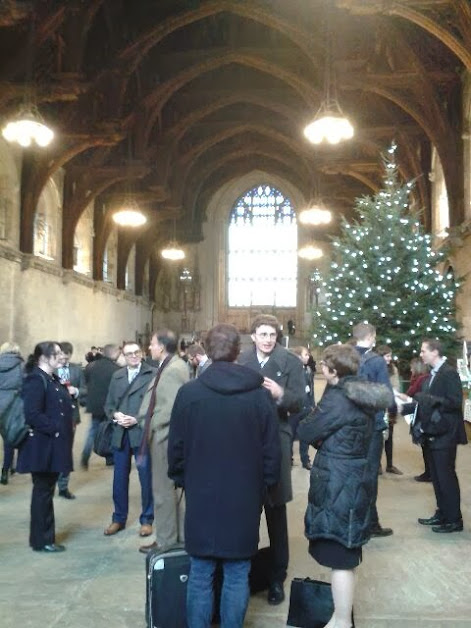 In scientific research, evidence can lead to a myriad of different conclusions, a multitude of theories. Over time, most scientific theories are thrown on the scrap-heap or at the very least greatly modified by the emergence of new evidence. But scientific enquiry moves at a different pace and has for the most part, much more finite questions than government policy. There is often less evidence to balance with a particular theory in research than there is for government policies.

Also, like science, evidence in policy can point to many different decisions and sometimes the *right* decision isn’t revealed until well after the fact. How policies affect any given group of people is not easy to track as life is much more complex for most of us than laboratory experiments.

I am all in favor of evidence, when evidence is incontrovertible, but more often than not it isn’t. Before we all start crying for evidence-based policy, we need to be careful about what we are asking for in each particular instance.

Girl, Interrupting aka Dr. Sylvia McLain used to be an academic, but now is trying to figure out what's next. She is also a proto-science writer, armchair philosopher, amateur plumber and wanna-be film-critic. You can follow her on Twitter @DrSylviaMcLain and Instagram @sylviaellenmclain
View all posts by Sylvia McLain →
This entry was posted in evidence based, politics, Uncategorized and tagged evidence-based policy. Bookmark the permalink.