One of the few issues on which my parents both took the same, apparently unwavering and absolute position was that of the sanctity of the secret ballot. Vote, my father said. No vote, no voice, he said. People died for your right to vote, he said. If you don’t vote, he said, don’t complain.

Imagine my shock, then, during the 1997 United Kingdom General Election. My school staged a Mock Election. Sixth formers represented the different (Mock?) parties. Campaigning took place over the course of a week. To my memory, the Mock Green Party campaigned vociferously, and used green balloons; the Mock Tories campaigned barely at all.

On Mock Election Day, the School Library became the polling station. Library users were turfed out. For one day only, these were not study spaces but voting booths. I recall the whole exercise being undertaken with a sense of gravity, but that might just have been me, ever mindful that people had died for my right to vote.

I do not remember whether or not there was an exit poll. 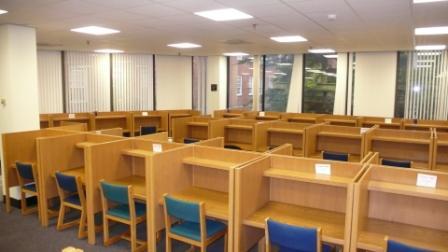 When the Mock Results were announced, the Mock Tories had won. If I remember rightly, despite campaigning the least of all the Mock parties, they won by a 75% majority. The announcement of the winning party was one of those coming-of-age moments. It dawned on me that my parents are, on certain matters, really quite different to other Surrey parents.

As regards the upcoming referendum, I watch Stephen grapple with both sides in a very public way. The CEO of my employer set out the position of the industry I work in, in a letter to the Observer. At that Mock Election nearly twenty years ago, I learned that not everyone applies the principle of the sanctity of the secret ballot in the same way that my parents do. I wonder, is there a word for that feeling when someone tells you, “I voted X, how about you?” and in that moment, your whole understanding of what is at stake becomes a fraction more blurry at the same time as you duck out of the debate, quietly, self-conscious about how supercilious you come across: “I believe in the sanctity of the secret ballot”.

This entry was posted in Life and tagged Mock Election, Referendum. Bookmark the permalink.