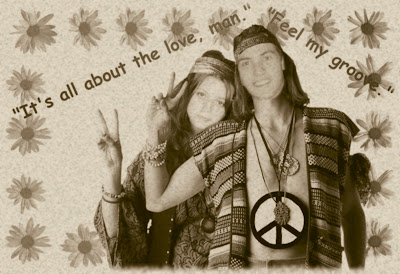 Sunday Will Self was on BBC radio 4 giving his point of view about the youth of today. He pities them as they are being oppressed by the older demographic or as he puts it – “In my darker moments – of which there are quite a few – I often envision the baby boomer generation as a giant and warty toad squatting on the youth of our society”. He goes on to say in the broadcast that there hasn’t been a real youth movement in years, not like the hippies of the 1960s not like the punk movement of the 1970s.

And here we go again, invoking the age old argument “What is wrong with kids these days?” Kindly, Will Self doesn’t blame them but rather all of the oppresive older adults around them, but still it’s the same argument. Which kind of runs like – ‘I am old, you are young, I was so much more _____________ (cooler, with it, angry, in touch, respectful, disciplined… the list goes on) than kids these days.

Lots of old folks love to complain about the young, as if it is sort of an inalienable right of getting older. We old folk have been having a good old rant about kids since the beginning of time. Allegedly even as far back as the 500’s Gregory of Tours (540-604) was pretty negative about the youth of today (I say allegedly only because I can’t find the quote, even though I am quite sure I have read it).

Now that I am getting older, I get it. Life seems easy for younger people, they seem carefree and like their life experience is so limited it is easy to think ‘what could be wrong with them, right?’ But this is false. Young people have pressure on them that people like me cannot imagine (I am not young, I grew up in the 70s) I don’t know what it is like to be 18 or 20 in 2013. Not to mention, the older I get, the more selective my memory becomes. I think of my days working for the Great Smoky Mountain National Park service as carefree and easy, which in a way it was. It was a cool job but I was skint, I was having some problem with some boy in my life and exhausted all the time because I was also working my way through school. But of course now I remember myself skipping in the woods being carefree.

I think Will Self might have a bit of selective memory problem here – was he not around for the Student protests a few years ago? Or maybe he thinks this isn’t the right kind of protest? Also, what is it about every generation makes them think their particular youth movement was ‘the real thing’. I remember those older people who used to be hippies (not my parents, they were Depression era/WW II kids) from my youth waxing on and on about where they were when JF Kennedy was shot (I wasn’t born) and where they were when Man landed on the Moon (I was 2). I didn’t care. They all seemed to be pretty well off when they were talking to me – peace and love seemed to have gone on the window somewhere. Oh and free love (though the exception that proves the rule was an ex-hippie woman I admired telling me that she thought the free love movement was designed by men so they could sleep with who they wanted openly and their girlfriends couldn’t get pissed about it). But the underlying theme of all of these ‘my youth movement is better than yours’ soliloquies is that somehow your generation is superior to whatever it is today. That the past was some kind of idyllic time when life was better, more simple. But mostly what these stories boil down to is simply MY GENERATION HAD PRINCIPLES while yours does not.

Old (ish) people, need to realize how condescending we sound to the younger generations when we start talking like this, even if we are blaming ourselves. It not only tells those younger than us ‘I am better than you’ but also treats them like they aren’t smart enough, or motivated enough or what ever enough to make any changes or decisions for themselves. This is not easy to remember when you are older, really it’s not, but it is well worth keeping an eye on.

For instance, I don’t see the appeal of Miley Cyrus – I actually saw her video ‘Wrecking Ball’ this weekend, which I am sad I can’t unsee. To me, she looks like a weirdo swinging naked on a ball, licking a sledgehammer and sticking her tongue out. But I am not Ms. Cyrus’ target audience and I don’t get it, I don’t get her appeal – but I am well aware this might be because I am 45+ and have used a sledgehammer for its intended purpose so don’t find them particularly sexy. Equally, I am grateful the internet wasn’t around when I was a youth, allowing me the illusion that no way, no how did I ever do anything that wasn’t cool, dignified and unprincipled, because in MY generation we had real ideals and principles.

Girl, Interrupting aka Dr. Sylvia McLain used to be an academic, but now is trying to figure out what's next. She is also a proto-science writer, armchair philosopher, amateur plumber and wanna-be film-critic. You can follow her on Twitter @DrSylviaMcLain and Instagram @sylviaellenmclain
View all posts by Sylvia McLain →
This entry was posted in random and tagged 'Kids these days', Miley Cyrus, Will Self. Bookmark the permalink.

3 Responses to Kids these days