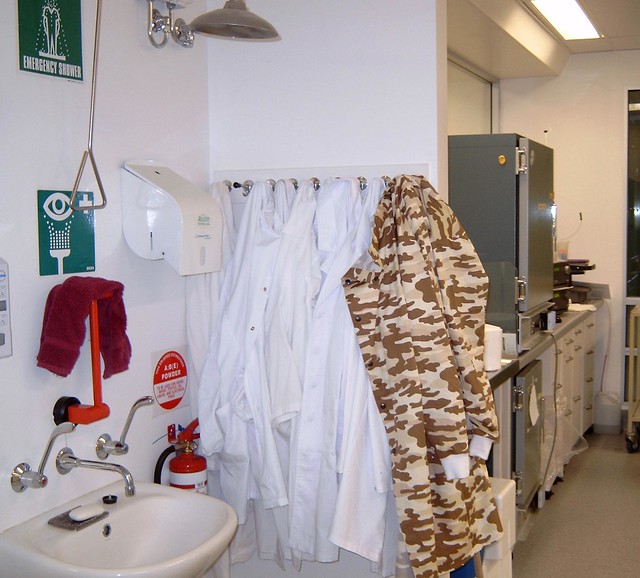 Get ready to blow things up

However, science is none of these things. Science is the generation and testing of ideas; normally disproving them, in the process generating more ideas that need more testing.

Sadly, the day job of a scientist is nothing like the programs ‘Bang goes the theory/Tomorrow’s World/Johnny Ball Reveals All’ (delete as appropriate depending on your generation): in my 20 years being a professional scientist, there has been no time at work when I have blown anything up, thrown heavy weights into bowls of custard or put Mentos into bottles of Diet Coke.

To be honest, blowing things up at work is frowned upon and the management go to some lengths to prevent us blowing up the building (just another example of health and safety gone mad).

At school we had a teacher who once a term gave us unrestricted access to the chemical store and a Bunsen burner; I imagined this was what it would be to be a scientist. Nowadays I don’t even get to do experiments, and yet I identify more as a scientist now than when I was doing my PhD as a space-filler before getting a “real job”.

So if the day-to-day of science isn’t setting things on fire, what is it?

It is immensely varied, and depends upon both the stage of your scientific career and the field you work in. But the main work of science is testing ideas. Some of which involves being in a lab, but most of which involves sitting in an office analysing the results from your experiments or coming up with new ideas because your experiments haven’t turned out as expected.

Since 99% of these ideas come from other people, another major strand is evaluating other people’s ideas and building on the back of them. And since other people need to evaluate the ideas we have, we need to be able to effectively communicate them, as written articles (papers), as sales pitches (grants) or in person (conferences).

So disappointingly, the day to day work of science is not so far removed from other professions, though we do get to wear a white coat occasionally. You need to be able to read, to write and, terrifyingly, interact with other people – very much none of the things that got most of us into science in the first place.

But hang on you are thinking, this is not the Richard P Grant I know and love: it is far less eloquent.

I am John Tregoning, scientist, academic, dad, occasional blogger and relentless optimist. I mostly write here but occasionally here and RPG has kindly given me space to brain dump on Occam’s Typewriter. In the real world, I am a senior lecturer at Imperial College, working on how the body stops respiratory infections, but secretly wish I was blowing things up!