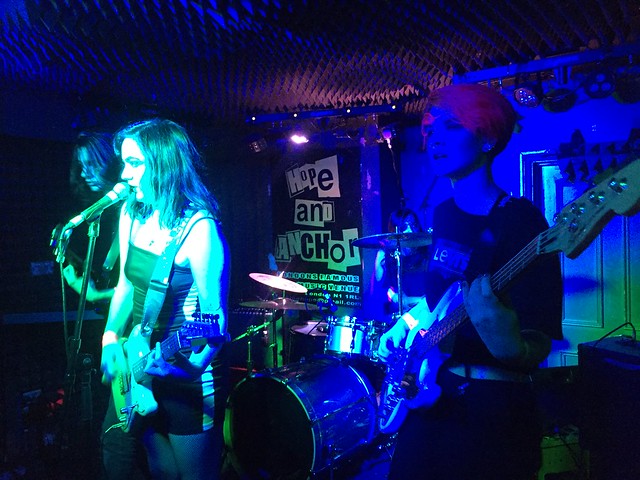 I went to a gig on Friday night.

That in itself is probably worth a blog post, but this gig was a bit special because the Younger Pawn was playing bass in a band called Charles and the Big Boys, and they were supporting an apparently well-known act playing in Islington.

I’d managed to keep the date free from work trip commitments and childcare duties (which again is a post on its own), and with an eye on the fast trains to Gravesend, went along. The elder pawn was visiting from Southampton, and both boyfriends were there, so it was a real family affair. YP was especially pleased, having been trying to get me to one of their gigs for a good time now. 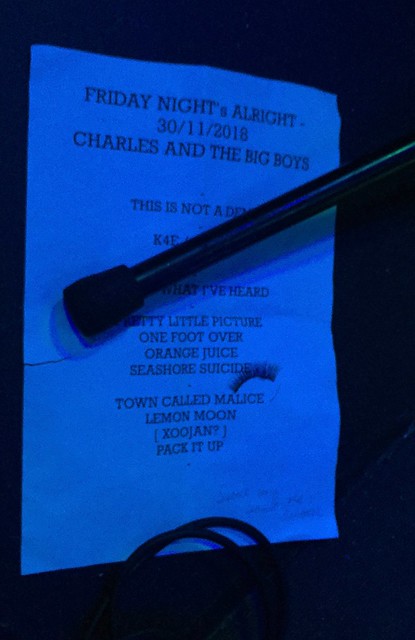 Given the ages of the C&tBB members—it actually Charles’ 19th birthday—I expected to be the oldest person in the room, but the crowd demographic was curious. It was mainly 50+ year-old men. There were a few women of similar age, a young cove in a parka … my kids, and the Big Boys.

The reason for this became apparent when the first act took the stage. Some middle-aged bloke in a trilby, backed by (presumably) his wife, two guitarists and a drummer (who, surprisingly, seemed to be about 15). The music was kind of mod/ska revival; decent enough tunes that you could jiggle along to, although the exhortation to skank did seem a little out of place. Obviously the crowd were their mates.

The second act I really enjoyed. Rock/punk: the lead singer (again, in his 40s) belted them out with passion and energy, and the lead guitarist (who remained from the first act) got a chance to shine with some screaming solos. And a harmonica.

Now, this was when C&tBB were supposed to be on, and then I could have made my exit, avoided the carnage of the last fast train of a Friday night. But sadly, the keyboard player had had a death in the family, and the headline act was a man down. So they shorted their set list, and played what they could. As a support act. And this was the band that all these middle-aged men (and their wives) had come along to see.

Even allowing for the lack of a keyboard, it was pretty staid, to be honest. Although these guys have been featured on national radio, even the crowd-pleaser at the end (with its call and response) felt flat. Less mod, more MOR. They went on a bit, and by this time I was getting seriously worried about that last train. 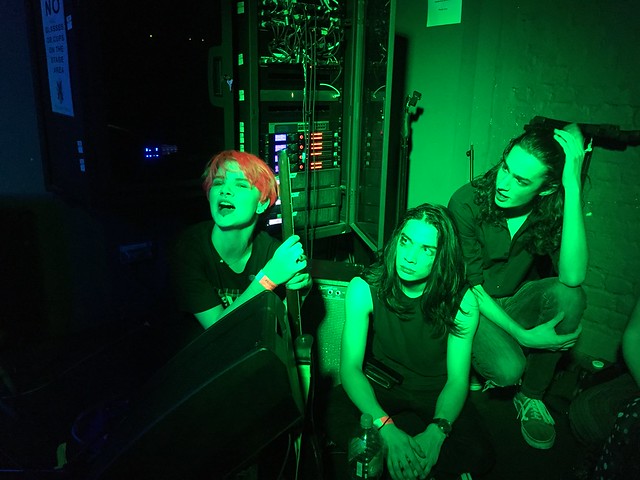 But finally, C&tBB came on, and we lost most of the middle-aged blokes in the crowd. It’s a small venue, and it did leave the back of the room feeling a bit empty. But I hope that those who did stick around appreciated it, for this was worth waiting for: young, energetic, passionate and original. I certainly did, and was buzzing as I hugged YP and headed for the last train to Kent.

And that, boys and girls, is how my daughter’s band headlined the Hope and Anchor. 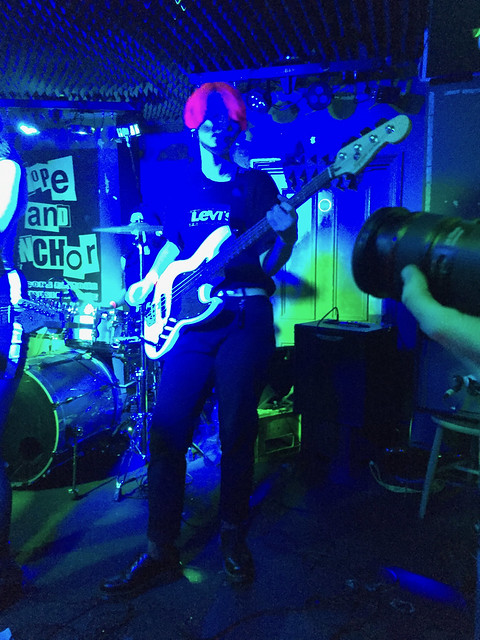