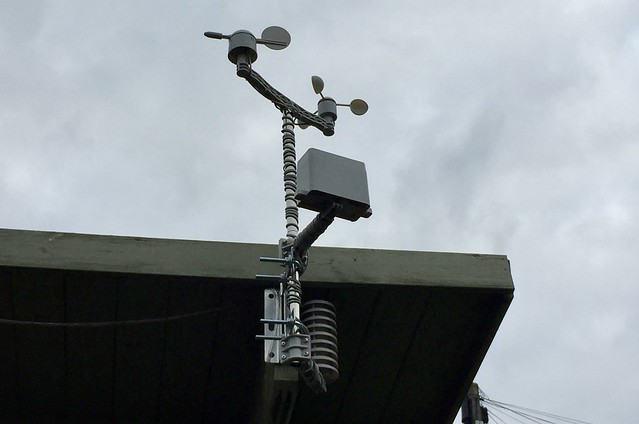 Even before we moved to Gravesend, we knew of its “dodgy thermometer” from the weather forecasts on TV and radio. Gravesend was consistently the warmest place in the country, bucking the nation’s trends by a degree Celsius or two.

In our first year here we realized that this was no meteorological fantasy; we soon came to recognize the “Gravesend Effect” as a real and tangible phenomenon. While the rest of the country—even London—shivers under grey clouds, the sun often puts in an unscheduled appearance here, despite all Met Office claims and forecasts to the contrary.

Last year we recorded the (first) hottest day in the UK. We are joint second for the hottest UK day ever. And the hottest September day since 1911 was recorded in Gravesend last year, leading to a chap in a natty dastar at Gravesend station saying to his companion the next day, “We broke the record again. It must be all those curries we’re making.”

And on top of all that, my mother before I came along was a meteorological assistant, providing weather forecasts from RAF Bawtry for Strike Command.

In a way, weather runs in my blood, even more so than for most Englishmen. Gratifyingly, then, Jenny bought me a weather station for my birthday last week.

Now, weather stations are funny things. They’re incredibly cool, and geeky, but quite soon you think, yeah, and forget about it. There’s an LCD screen on your desk or whatever but you can just look out the window or check the Met Office app or whatever, and you might be tempted to think what, actually, is the point? It might be fun to keep months and years worth of weather records, or compare the guesstiforecast that the control panel gives you with reality, but it’s always seemed to me that such joys might quickly run thin.

Except this little gadget connects to my Mac, and thence to the Met Office itself. There your data gets slotted into observations from all over the world (although it’s mostly the colonies and the honorary Brits in the Netherlands where stations tend to be clustered) and compare, contrast, forecast, and generally feel part of a great big crowd-sourced weather-geek community. 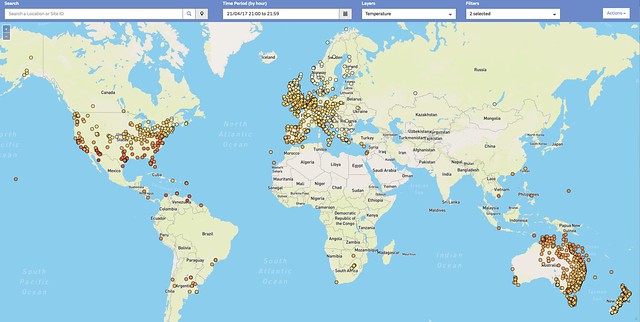 And more than that, I had a chance to flex my rather atrophied PHP/HTML muscles today because I also figured out how to slurp the weather data from the program (WeatherCat) that’s talking to my hardware into a weather section of my own website. Which makes me inordinately happy. There’s more I want to do there, like document record-breaking days and have more interesting graphs and whatnot, but it’s a start.