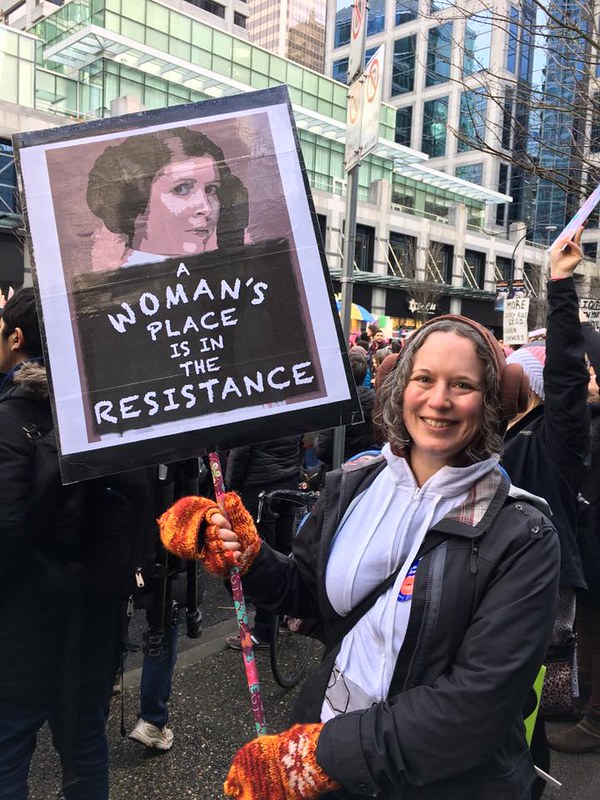 Photo taken outside the Trump building. I borrowed the sign from a lovely group of people I met at the march

Up next: March for Science (the Vancouver chapter)

What I learned from protesting against Harper and his war on science:

Hugs and solidarity to you all!

p.s. Canadians, there’s a petition you can sign “calling on Prime Minister Trudeau and Minister Hussen to immediately rescind the “Safe Third Country Agreement”, and that immediate steps be taken to allow special consideration of humanitarian and compassionate reasons for entry to Canada as enabled by the Immigration and Refugee Protection Act.” Asylum seekers facing deportation from the US back to dangerous situations in their home countries would currently be automatically rejected if they seek asylum in Canada, as they’re supposed to make their claim in the first safe country they reach. The US is still designated as a safe country. The petition isn’t about automatically accepting all asylum claimants coming from the States – it’s about not automatically rejecting them. I think they should be given the chance to state their case and make a claim. I’d already written to my MP about this issue so I know it’s on some of our representatives’ radar already, and hopefully the petition will help to bump it up the priority list.

"one of the sillier science bloggers [...] I thought I should give a warning to the more staid members of the community." - Bob O'Hara, December 2010
View all posts by Cath@VWXYNot? →
This entry was posted in activism, Canada, current affairs, feminism, personal, photos, politics, science, the resistance. Bookmark the permalink.