I recently returned from a week in Paris in which I attended a great meeting hosted by the French Society for Cell Biology (SBCF) called “Building the Cell,” at the Pasteur Institute and from another seminar invitation at the Curie Institute.

The Parisian icon made from immunostained HeLa cells plated on fibronectin served as the logo for the meeting.

and from another seminar invitation at the Curie Institute. While I have had the opportunity to visit a number of European cities and towns as part of my work-related travel, this was my first time in Paris – and I enjoyed it immensely. 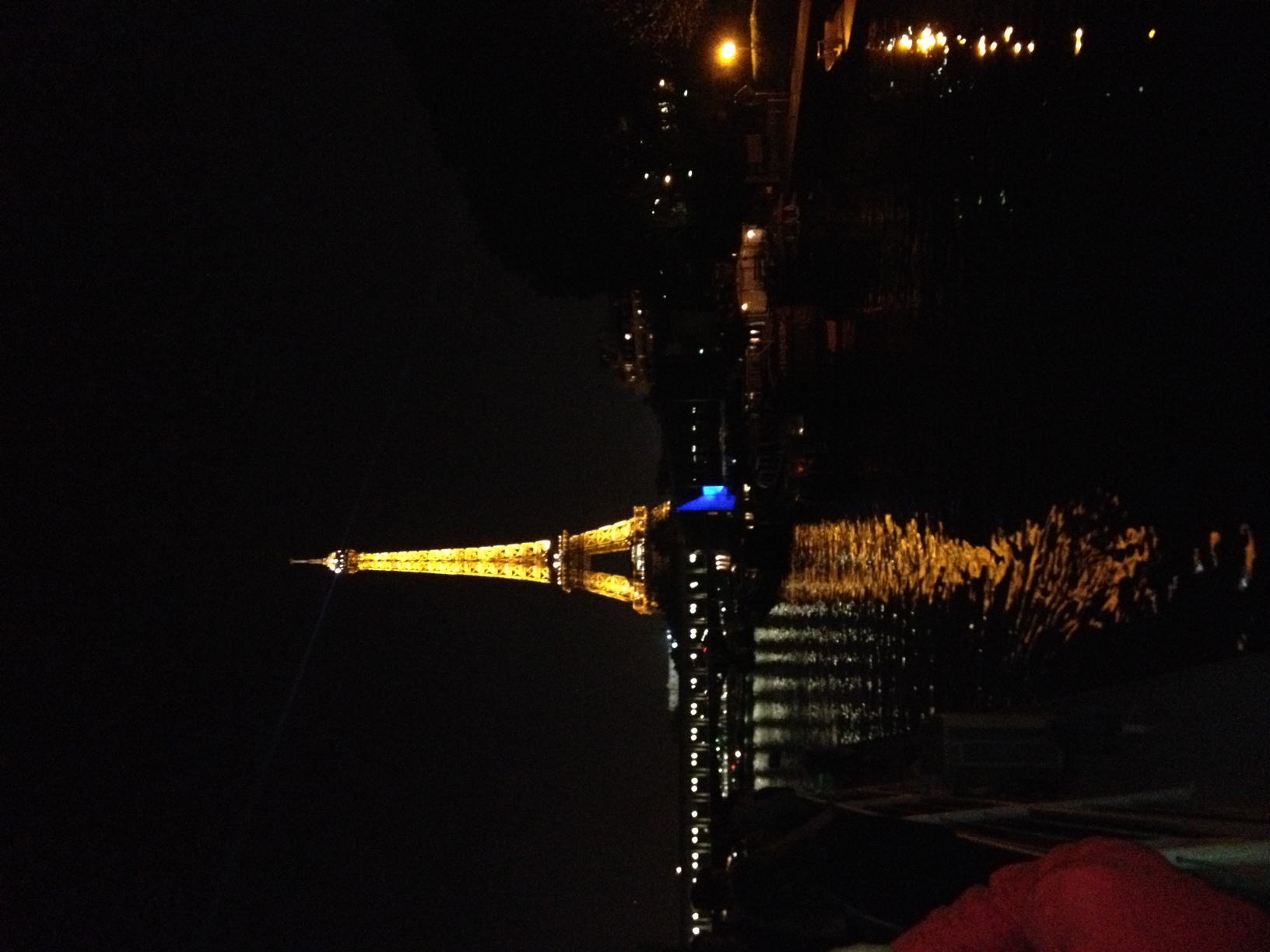 Will the real Eiffel Tower please stand up?

I could not, however, help noticing the very limited number of non-European attendees at the meeting. On the other hand, Europeans (and Asians) appear to frequent the US for scientific meetings. While it is obvious to me that financial considerations play a key role in whether researchers from the US will attend a meeting abroad, I believe that this is only a minor reason for the low US participation in the meeting. I may be cursed for saying this, but I suspect that many American scientists (despite the fact that a fair percentage are not US-born!) do not like being outside their comfort zones. 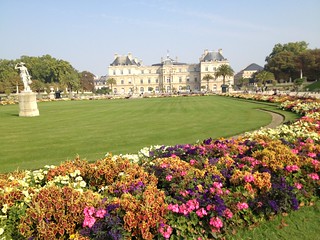 What do I mean? Not jet-lag, but the homogenous comfort that travel within the US typically provides: hotel rooms are very standard, mostly chains, and one would find the same Hilton/Sheraton/Doubletree/Ramada/Holiday Inn/Add-your-chain-here in any US city, and from the inside, it would be difficult to know where in the US one is located. Hotels in Europe typically sport very small rooms and narrow beds by comparison, perhaps resulting from limited/expensive space, and/or perhaps dictated by the beautiful but old existing buildings.

Food. The food in France is a treat – or it was for me. Perhaps a teetotaler vegetarian might heartily disagree. But the baguettes and breads are terrific, the appetizers are so enticingly prepared, that I couldn’t help thinking that although the actual food couldn’t be more different, it reminded me of the superb Japanese sense of aesthetics in maki rolls and sushi. But I suspect that many Americans are used to their standard fare restaurants.

The language. I broke my teeth trying in vain to recall my high school French. I opened my talk with a weak attempt to thank the organizers for inviting me in French. That probably took up a quarter of the 15 minutes I was given – but I did try. I also tried to engage a cab driver in chit-chat, and asked him how he liked the Prius he was driving, and told him I had one. He answered in English… But here again, I suspect that many Americans – where learning foreign languages is not a high priority – may feel uncomfortable not always being able to say and/or get exactly what they want.

Of course, it’s probably a lot more complicated than that, and time zones, passports, expense and other reasons likely are important factors as well. But given the tremendous concentration of outstanding French researchers in membrane trafficking and cell biology in the Paris area (perhaps even more so than any one location in the US), I am delighted that I had an opportunity to attend. It was great to visit such a great city with so many wonderful historical landmarks.  It was also an honor to present my own research at two such distinguished institutions in Paris. I hope the “Building the Cell will become an annual event and that I will have many additional opportunities to visit Paris and France. 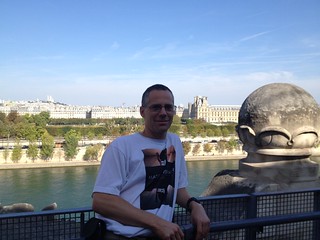 Moi, at the Musee d’Orsay, Paris

I am a Professor of Biochemistry and Molecular Biology at the University of Nebraska Medical Center in Omaha, Nebraska where I mentor a group of students, postdoctoral fellows and researchers working on endocytic protein trafficking. My first lablit novel, "Matter Over Mind," is about a biomedical researcher seeking tenure and struggling to overcome the consequences of growing up with a parent suffering from bipolar disorder. Lablit novel #2, "Welcome Home, Sir," published by Anaphora Literary Press, deals with a hypochondriac principal investigator whose service in the army and post-traumatic stress disorder actually prepare him well for academic, but not personal success. Novel #3, "A Degree of Betrayal," is an academic murder mystery. "Saving One" is my most recent novel set at the National Institutes of Health. Now IN PRESS: Today's Curiosity is Tomorrow's Cure: The Case for Basic Biomedical Research (CRC PRESS, 2021). https://www.amazon.com/kindle-dbs/entity/author/B006CSULBW? All views expressed are my own, of course--after all, I hate advertising.
View all posts by Steve Caplan →
This entry was posted in research, science and tagged cell biology, Curie Institute, Eiffel Tower, France, Paris, Pasteur Institute, scientific meeting, seminar, travel. Bookmark the permalink.