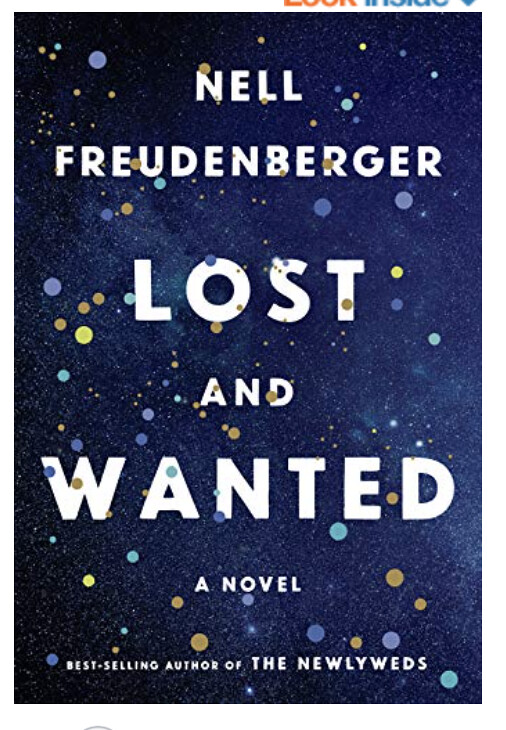 Having recently finished the novel Lost and Wanted by Nell Freudenberger, I peeked at a smattering of the many reviews written about this novel, each claiming Lost and Wantedfor its own select cause: feminism/gender equality, race issues, friendship issues, parent-child issues (multi-generational), science and society, science and belief/religion, elitism in education, social fads, and on and on. But Lost and Wantedis about all of these issues, and yet none of them. To single out a “cause” from the novel does not do it justice. It is simply a book about modern day life and the trials and tribulations of an empathic, talented and very intelligent woman navigating her way through life on earth and the cosmos at large.

Helen is a forty-something year-old highly successful professor of physics at MIT. She has made seminal discoveries in her realm of theoretical physics, is highly sought as a keynote speaker on the lecture circuit, and manages a lab of postdoctoral fellows and graduate students. As the story commences, Helen has just lost a close friend from her college days to complications from the autoimmune disease, Lupus. Helen struggles to control her guilt at the slow and steady fissures that had been erupting between her and Charlie (aka Charlotte), and the inevitable rift that began to form between them. When Charlie’s husband Terence and their strong-willed 8 year-old daughter, Simmy (aka Simona) come from their home in California to Boston, where Helen and her 7 year-old son Jack live—as well as Charlie’s parents, Freudenberger’s talents in depicting complex and compelling characters become evident. Friction between ne’er-do-well surfer-husband Terence and Charlie’s upper-middle class parents leads Terence and Simmy to move out of the in-laws’ space and rent the lower level unit in Helen and Jack’s home, allowing a unique friendship and new-found mutual appreciation between Helen and Terence to surface, as well as between Jack and Simmy.

This is a well-developed and clever, intellectual novel, describing realistic and interesting people, among them two key scientists: Helen, and long-time friend, colleague and collaborator, Neil—a fellow physicist working with the LIGO (Laser Interferometer Gravitational-Wave Observatory)team that was founded to detect gravitational waves and essentially test Einstein’s predictions that violent cosmic explosions can cause ripples in the fabric of space-time. Indeed, 3 of the founders of the LIGO program were awarded the 2015 Nobel Prize in physics for this very discovery. Author Nell Freudenberger, who to the best of my understanding does not possess a graduate degree in physics or astronomy, has done a masterful job in reviving the excitement and basics of the discoveries made during this period to the readers of Lost and Wanted. More than that, however, she has managed to clash with the science by enlisting belief and the supernatural, through mysterious texts that Helen receives from Charlie’s stolen phone after her death.

Lost and Wanted, however, is so much more than a LabLit novel. The relationships between children and their parents are artfully described—not only Jack and Simmy with Helen and Terence, but also the relationships between the adults and their parents. The novel is delightfully embedded with wit and  humor: for example, when Helen returns home from a scientific meeting in Switzerland to find her babysitting parents each sprawled out on the floor—her father to unclog the kitchen pipes (due to the artichoke leaves her mother insists are necessary for a proper nutritious lunch), and her mother in a yoga position—she is reminded of a conversation with her sister in which they discussed the possibility that “mom retired too early.”

Lost and Wanted is perhaps an exceptional novel because, like the LIGO inferometers and the massive LIGO collaborations, the novel manages to integrate so many moving parts—all of them balancing each other without distracting. Ultimately, the sum is greater than any of the many individual (and significant) themes dealt with in the writing, making the novel an entertaining but also illuminating experience—one that makes many (gravitational) ripples.

I am a Professor of Biochemistry and Molecular Biology at the University of Nebraska Medical Center in Omaha, Nebraska where I mentor a group of students, postdoctoral fellows and researchers working on endocytic protein trafficking. My first lablit novel, "Matter Over Mind," is about a biomedical researcher seeking tenure and struggling to overcome the consequences of growing up with a parent suffering from bipolar disorder. Lablit novel #2, "Welcome Home, Sir," published by Anaphora Literary Press, deals with a hypochondriac principal investigator whose service in the army and post-traumatic stress disorder actually prepare him well for academic, but not personal success. Novel #3, "A Degree of Betrayal," is an academic murder mystery. "Saving One" is my most recent novel set at the National Institutes of Health. Now IN PRESS: Today's Curiosity is Tomorrow's Cure: The Case for Basic Biomedical Research (CRC PRESS, 2021). https://www.amazon.com/kindle-dbs/entity/author/B006CSULBW? All views expressed are my own, of course--after all, I hate advertising.
View all posts by Steve Caplan →
This entry was posted in Education, research, Reviews, science. Bookmark the permalink.