On a recent grant review panel, I was struck at the degree of diversity among the reviewers  at the table; with roughly twenty scientists in the group, I noted people who who hailed from at least nine different countries (not including the US) and four continents, spanning Europe, Asia and the globe. I found this to be a remarkable feat; almost half of the reviewers on the panel–scientists who were considered to be sufficiently established to help make important decisions about the future of US science–came from outside the US. 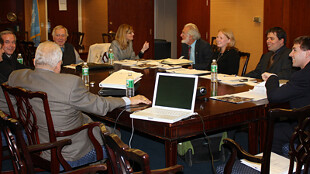 In an era where the president of the US avidly rejects the need to invigorate and rejuvenate this country with new blood through immigration–which has always been a hallmark of American success–such a review panel symbolizes the integration of foreign cultures and highlights how the US has traditionally leveraged its policy of welcoming immigrants to funnel new ideas and approaches into this country. “The best and the brightest” and in fact, anyone with a work ethic has always been welcomed. At least until now.

Despite the pride I feel at being part of the great American melting pot, in the wake of the events at Charlottesville, Virginia recently–including the death of anti-Nazi and anti-KKK protester Heather Heyer, it is clear that the US has not been able to entirely overcome its racist past. But even putting aside the racist fringe groups (and one might well argue, as did ESPN’s Jemele Hill, that the president and key White House staff are white supremacists), there is no question that despite the US success in integrating immigrants and people from outside the country, the African American community in the US is still suffering from the horrific long-term consequences of slavery, and in its aftermath, longstanding inequality.

A lot of controversy has surfaced with the introduction of affirmative action, programs designed to ‘level the playing field’ and help African Americans and other under-represented minorities get accepted to college and other positions. Admittedly, while this may help in the short run, it is an imperfect solution, as it does not get to the root of the problem, and it also imposes a subjective system of acceptance with its own imperfections.

The real, long-term solution is to eradicate prejudice and discrimination, reduce poverty, beef up and especially enhance all levels of pre-school, elementary school, middle school and high school education for African Americans and minorities, to provide an equal footing. If we were able to achieve this, in 10-15 years I am certain that we would have a proportionate number of American Americans in science, and eventually on grant review panels. But for now–as this solution does not appear to be on a government priority list–we’ll probably be left with varying forms of affirmative action.

I am a Professor of Biochemistry and Molecular Biology at the University of Nebraska Medical Center in Omaha, Nebraska where I mentor a group of students, postdoctoral fellows and researchers working on endocytic protein trafficking. My first lablit novel, "Matter Over Mind," is about a biomedical researcher seeking tenure and struggling to overcome the consequences of growing up with a parent suffering from bipolar disorder. Lablit novel #2, "Welcome Home, Sir," published by Anaphora Literary Press, deals with a hypochondriac principal investigator whose service in the army and post-traumatic stress disorder actually prepare him well for academic, but not personal success. Novel #3, "A Degree of Betrayal," is an academic murder mystery. "Saving One" is my most recent novel set at the National Institutes of Health. Now IN PRESS: Today's Curiosity is Tomorrow's Cure: The Case for Basic Biomedical Research (CRC PRESS, 2021). https://www.amazon.com/kindle-dbs/entity/author/B006CSULBW? All views expressed are my own, of course--after all, I hate advertising.
View all posts by Steve Caplan →
This entry was posted in Education, research, science and tagged affirmative action, African American, diversity, education, grant review, minorities, panels, research, science. Bookmark the permalink.