A breath of fresh (scientific) air

As I sat yesterday in a student career development workshop, and listened to the fears and anxieties surrounding the prospects of a career in academia – or in any scientific field, for that matter – I felt a million miles away from the outstanding Gordon Research Conference (GRC) from which I had just returned. 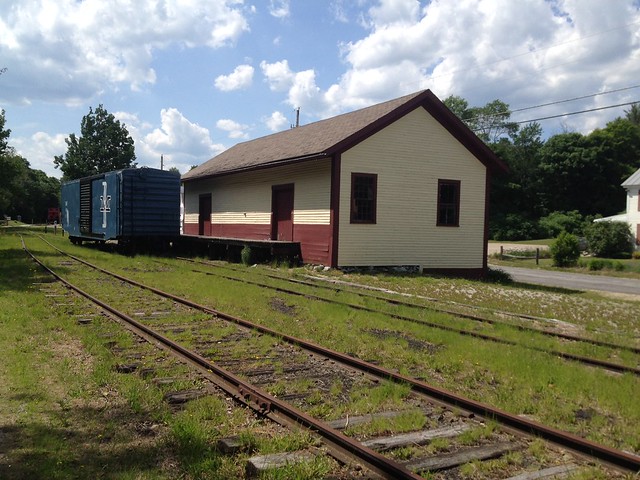 Truthfully, the GRC is quite a ways away from me here in the middle-west, being on the east coast in New Hampshire, but my intention was less from a literal standpoint.

In my capacity of chair of our departmental graduate and admissions committee, I can affirm that student concerns over their prospective careers are making their mark; the next generation of scientists may not be the best and brightest, but they will certainly be the least deterred. This is not some anecdotal impression based on a few conversations; rather the American scientific societies (that routinely send out surveys to their members to quantify the impact of today’s funding crisis on science) relate that the fears are rampant throughout all ranks of academia. From students to departmental chairs.

I had hardly been back at work for a week from the GRC, but was already wondering when registration begins for the next one. As a scientist, you wouldn’t think I’d be starved for science – but to hear a huge concentration of basic research talks in my field – pure, unadulterated basic science – was a refreshing experience.

Forgotten were the grants and funding issues, the committees and oversight, the online compliance exams, hiring, firing, evaluating, recommending, reviewing grants, reviewing papers, reviewing reviewers, reviewing reviews by reviewers – all on hold. No doctors, professors, postdocs or students. Just scientists together, breakfast, lunch and dinner  – not to mention at the bar – eating, breathing, and sleeping (not enough) science.

The science and its beauty (and there were a lot of exciting ‘movies’ with live cells) were even enough to distract me from one of my most primal fears and pretty disconcerting pain from a cracked wisdom tooth that will shortly be extracted. This is what I signed up for -the science, not the wisdom tooth extraction, of course.

Obviously life and one’s career can’t be one long GRC meeting. After all, to present my research there in a talk, I need to hold a job, a lab, funding, and everything that goes with the package. But I think that in these times of growing anxiety in the scientific world, I may find it necessary to treat myself to such fun reminders of what science is all about more frequently.

I am a Professor of Biochemistry and Molecular Biology at the University of Nebraska Medical Center in Omaha, Nebraska where I mentor a group of about 10 students, postdoctoral fellows and researchers working on endocytic protein trafficking. My first lablit novel, "Matter Over Mind," is about a biomedical researcher seeking tenure and struggling to overcome the consequences of growing up with a parent suffering from bipolar disorder. Lablit novel #2, "Welcome Home, Sir," published by Anaphora Literary Press, deals with a hypochondriac principal investigator whose service in the army and post-traumatic stress disorder actually prepare him well for academic, but not personal success. Novel #3, "A Degree of Betrayal," is an academic murder mystery that is now in press! All views expressed are my own, of course--after all, I hate advertising. http://www.stevecaplan.net
View all posts by Steve Caplan →
This entry was posted in research, science and tagged Andover, basic science, career development, Gordon Research Conference, GRC, lab, New Hampshire, postdocs, Proctor, professors, research, science, students. Bookmark the permalink.