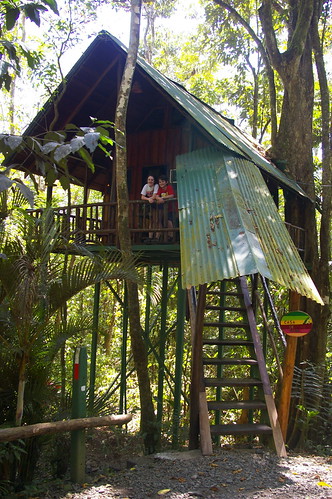 Costa Rica is an incredible country, often described as the “Switzerland of Central America” (apologies to my UK friends, but Ben Nevis and the Munroes don’t quite compare with the Alps…). A country of about 5 million people, with no army and no enemies. 99% literacy rate. Lowest crime rates in Central America. Universal healthcare. A recycling program that would put most “1st world countries” to shame – even in the most remote reaches of the country. 30% of the land conserved as nature reserves.

One of the most amazing things about Costa Rica is the deep understanding that the people have of the relationship between conservation, ecotourism, natural treasures and the economy. Indeed, tourism is the #1 Costa Rican source of income, dwarfing pineapples, coffee and all else in recent years. It seems that every one of the highly professional nature guides that we’ve had the pleasure of talking to strongly feels that it is a national mission to show off the wonders of the country, and they will proudly go to every effort to spot that Quetzal bird, or sloth, or howler monkey, with the same excitement and enthusiasm as the tourist – despite the fact that they see the same (or similar) wonders on a daily basis.

In keeping with nature and ecotourism, our first adventure this visit was to a lodge known as the Tree House Lodge (6 tree houses only) in the general vicinity of the town of Fortuna, near the famous Arenal Volcano. As indicated in the photo above and below, the room was essentially an entirely wooden structure built at the height of the rain forest trees (almost canopy level), giving one a feeling of living in the jungle. Isolated for a couple days, we stayed in this almost-no-frills but fascinating habitat for a couple nights, doing a night walk with the local guide – who caught an armadillo to show us, along with frogs, sleeping birds, spiders (tarantulas) and many other ‘treats.’ 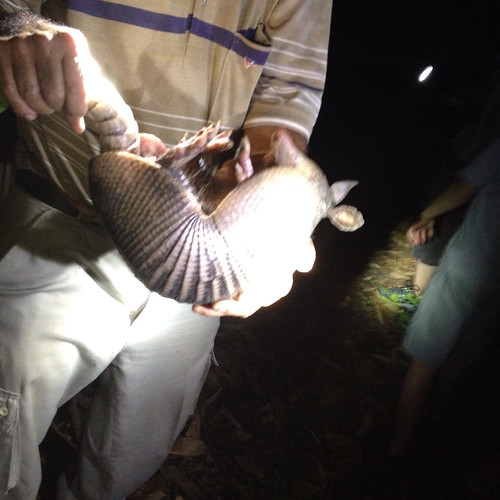 There were also quiet relaxing times. 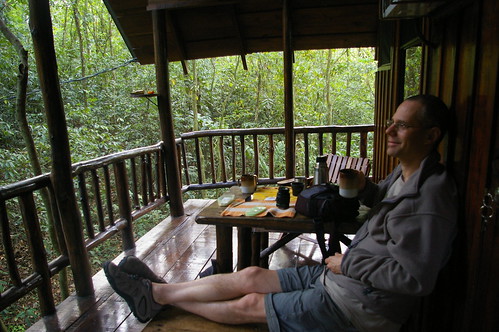 Yours truly at 6 am, listening to the sounds of the rain forest with a flask of local Costa Rican coffee.

Each day, we had activities (the subject of upcoming blogs, stay tuned), but “the Tree House” deserved a post of its own, and just wandering around taking photos of the surroundings. 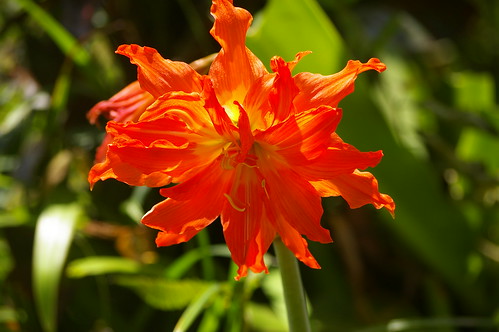 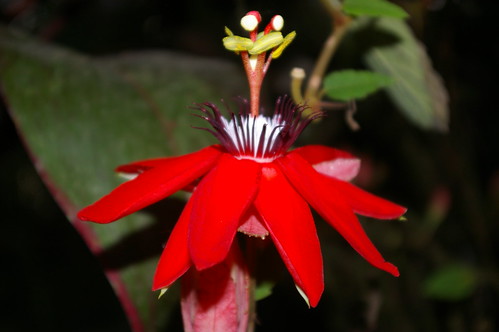 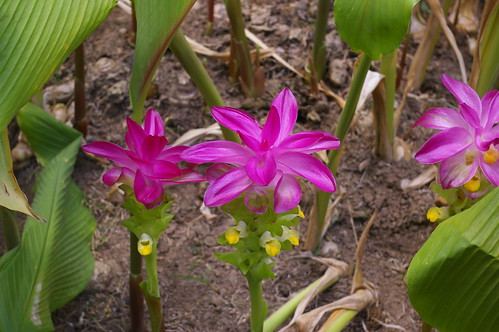 Even more typical flora – alright, I haven’t a clue about the botanical definition of these lovely flowers 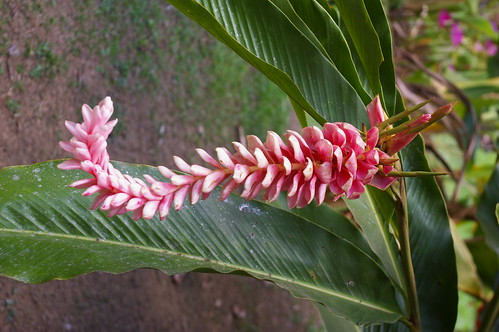 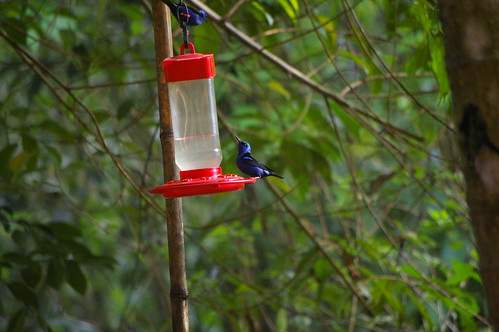 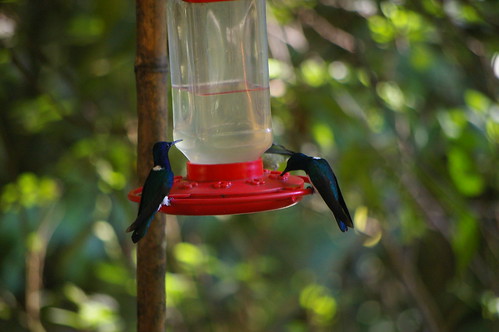 I love those birds!

Breakfast in the open-air ‘restaurant.’ Almost all restaurants have no walls or windows, with the weather warm and pleasant all year round, and no real distinction between seasons (perhaps more rain in the so-called winter). 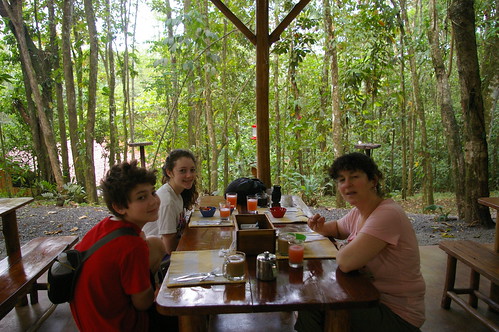 Desayuno, recently. Ahhh, the papaya…
Stay tuned for the next post on our Safari float down the river. Coming soon to a computer terminal near you. 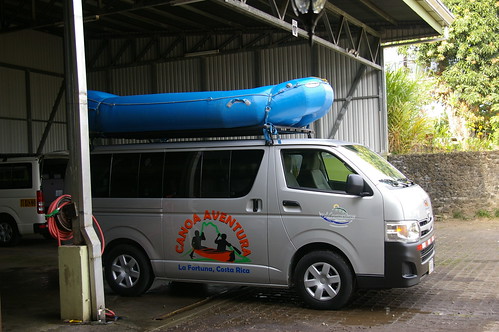 I am a Professor of Biochemistry and Molecular Biology at the University of Nebraska Medical Center in Omaha, Nebraska where I mentor a group of about 10 students, postdoctoral fellows and researchers working on endocytic protein trafficking. My first lablit novel, "Matter Over Mind," is about a biomedical researcher seeking tenure and struggling to overcome the consequences of growing up with a parent suffering from bipolar disorder. Lablit novel #2, "Welcome Home, Sir," published by Anaphora Literary Press, deals with a hypochondriac principal investigator whose service in the army and post-traumatic stress disorder actually prepare him well for academic, but not personal success. Novel #3, "A Degree of Betrayal," is an academic murder mystery that is now in press! All views expressed are my own, of course--after all, I hate advertising. http://www.stevecaplan.net
View all posts by Steve Caplan →
This entry was posted in Education, science and tagged Arenal, armadillo, birds, coffee, conservation, Costa Rica, ecotourism, guides, hummingbirds, rain forest, Tree House, tropical paradise. Bookmark the permalink.